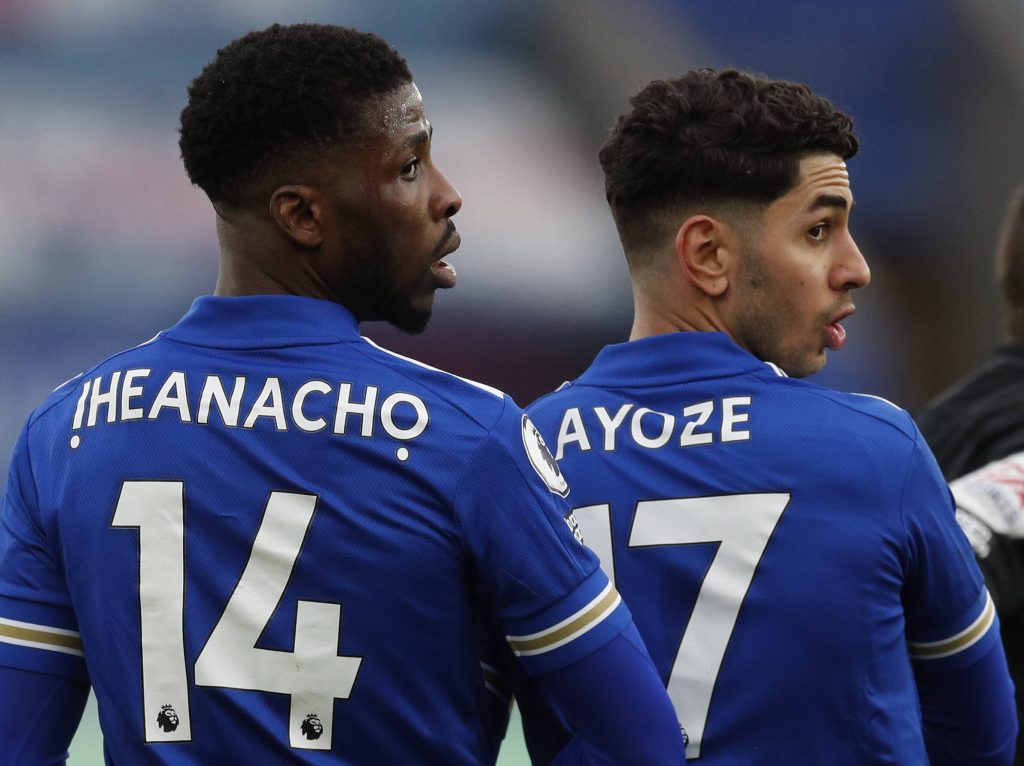 Premier League legend Alan Shearer has revealed his best XI from the weekend’s round of fixtures.

Burnley are the most heavily represented side in the team following their impressive win over Everton, boasting two players and manager Sean Dyche. Leicester City also have two players after their 5-0 victory over Sheffield United.

Chelsea, Liverpool, Manchester United, Brighton and Hove Albion and Leeds United also feature, as well as one player from each side of the north London derby.

Edouard Mendy (Chelsea) – Chelsea’s summer spending spree hasn’t exactly worked out as hoped, but Mendy is one signing that has been a success. The Senegalese stopper was impressive once again between the sticks, making four saves and keeping a clean sheet at Elland Road.

Ozan Kabak (Liverpool) – Kabak has had a tough beginning to life at Anfield, but things are looking up for the young Turk. The Schalke loanee kept Wolverhampton Wanderers at bay during the Reds’ 1-0 win at Molineux.

James Tarkowski (Burnley) – An ever-reliable option for Burnley, James Tarkowski impressed again at the heart of defence, being beaten only by Dominic Calvert-Lewin’s header.

Luke Shaw (Man Utd) – If Bruno Fernandes didn’t exist, Luke Shaw would likely be the leading candidate for Man Utd’s Player of the Year award. The Englishman put in a Man of the Match performance as the Red Devils narrowly defeated West Ham United at home.

Emile Smith Rowe (Arsenal) – The biggest game of the weekend came at the Emirates Stadium, as Arsenal took on Tottenham Hotspur. Emile Smith Rowe was one of the standouts, crashing a marvellous 25-yard strike off the crossbar as well as creating chances for Alexandre Lacazette and Cedric Soares.

Tyler Roberts (Leeds) – Leeds could not get on the scoresheet against Chelsea, but Tyler Roberts can count himself unlucky not to have done so. The 22-year-old had one disallowed for an offside in the build-up and hit another looping shot off the crossbar.

Ayoze Perez (Leicester) – In the absence of Harvey Barnes and James Maddison, the likes of Ayoze Perez must step up. This weekend, he did just that, scoring a fantastic goal, heading against the post and having a major involvement in Leicester’s opener.

Erik Lamela (Tottenham) – This seems like an odd choice at first glance – Lamela was sent-off as Spurs lost a huge game. However, he did score what is possibly the best goal the north London derby has ever seen, so maybe he has a case.

Kelechi Iheanacho (Leicester) – The Nigerian forward has enjoyed a strong start to the year, and that got even better against the Blades on Sunday. Iheanacho bagged a hat-trick, taking him to six Premier League goals in 2021 – a figure bettered only by Ilkay Gundogan and Harry Kane.

Dwight McNeil (Burnley) – Burnley may be renowned for being a more industrial side, but Dwight McNeil reminded everyone that they still have plenty of quality. The winger scored an incredible goal to put the Clarets two up at Goodison Park, bending the ball into the top corner from 25 yards.

Sean Dyche (Manager) (Burnley) – Shearer’s manager of the week was Burnley’s Sean Dyche. Having won just one of the previous ten in all competitions, Dyche picked up a vital three points with a 2-1 victory away at Champions League chasers Everton.