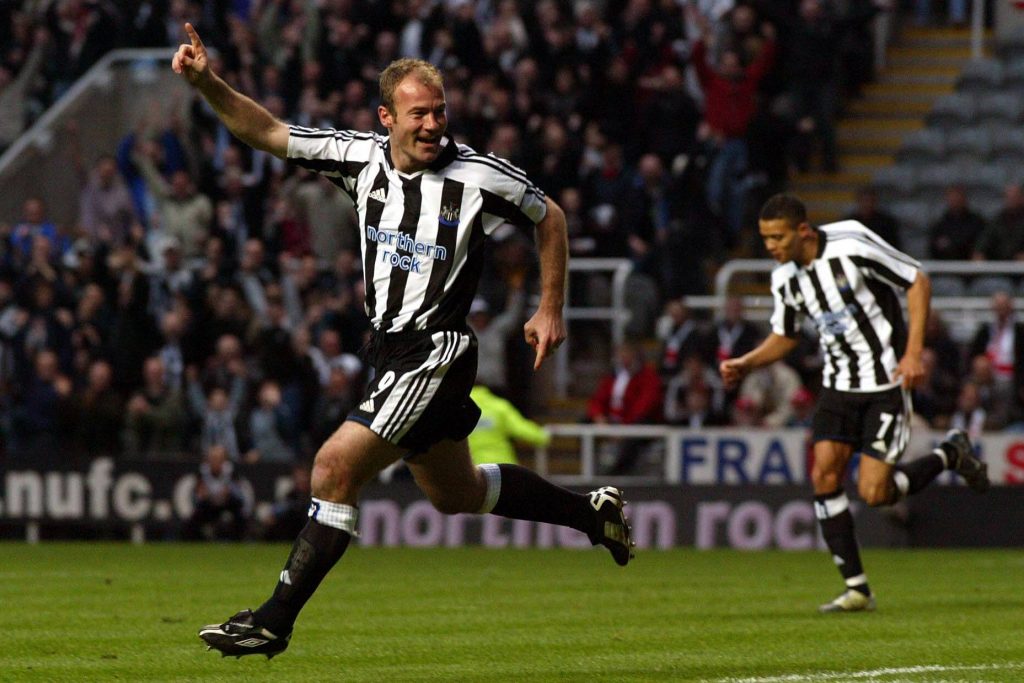 The Premier League has confirmed the first two inductees into the league’s new Hall of Fame.

The top flight’s official website describes the Hall of Fame as: “the highest individual honour awarded to players by the Premier League”. Only players who have retired are eligible.

It has been confirmed that there will be eight inductees into the Premier League Hall of Fame in 2021. The first two have been announced, while six more will be voted in from a 23-man shortlist.

All players on the 23-man shortlist will have retired by August 1, 2020, by the latest. They will all have made at least 250 Premier League appearances unless they meet one of the following criteria:

The first inductee into the Premier League Hall of Fame is the competition’s all-time top goalscorer, Alan Shearer.

The striker played 14 seasons in the Premier League, scoring 260 goals. This is comfortably the highest tally at the time of writing, with former Manchester United man Wayne Rooney in second with 208.

Upon the inception of the Premier League in 1992, he moved to Blackburn Rovers from Southampton.

At Ewood Park, he quickly established himself as one of the division’s finest marksmen. In his debut season, he finished fifth in the Golden Boot race, despite missing half of the campaign through injury.

In the following three seasons, the Englishman netted at least 30 goals. For comparison, no other player has hit that milestone more than once. He also holds the record with Andy Cole for most goals in a single season, netting 34 in the 1994/95 season.

It was in that term that Shearer won the only piece of silverware of his career, lifting the Premier League title under Kenny Dalglish with Blackburn.

His 34 goals and his partnership with Chris Sutton were a huge contributing factor to the triumph. He was chosen as the PFA Player of the Year in that campaign – an award which he won twice during his career.

He later transferred to Newcastle United, where he became arguably the club’s greatest ever player.

Playing for his boyhood club, Shearer hit 206 goals, overtaking Jackie Milburn to become their all-time top goalscorer. The forward was rewarded for his services to the Magpies with a statue outside St James’ Park.

The other inaugural inductee into the Hall of Fame is former Arsenal man Thierry Henry.

Regarded by many as the greatest player to ever grace the Premier League, Henry was renowned for his burst of speed, incredible dribbling, creativity, and deadly finishing.

He joined Arsenal in 1999 and made an immediate impact, hitting 17 goals in his first season in North London. This was a sign of things to come from the Frenchman, who would be the Gunners’ top scorer in seven consecutive seasons.

Henry holds the record for the most Golden Boot awards in Premier League history, winning four. Shearer is the only other player to win the Golden Boot three times, while six others have achieved it twice.

But it wasn’t just goalscoring where he shone. He was also an exceptional playmaker, as best shown in the 2002/03 season.

He set the record for the most assists in a single campaign, registering 20 to go along with the 24 goals he had struck. This remains the most goal contributions any Premier League player has made in a single 38-game season.

He left Arsenal for Barcelona in 2007, departing as the club’s record goalscorer with 226. He made a brief return in 2012, adding another two goals to this tally. In his eight full seasons in the Premier League, he lifted the trophy twice.

Much like Shearer, Henry also had a statue erected outside the Emirates Stadium to commemorate his sensational time at Arsenal.