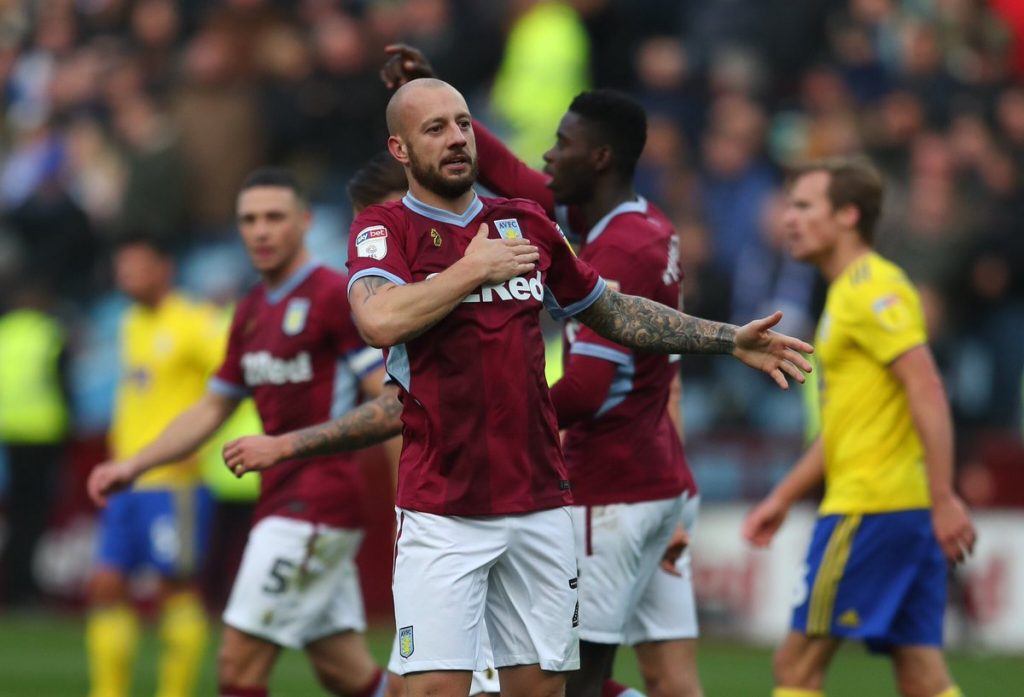 Former Rangers, Tottenham Hotspur and Aston Villa right-back Alan Hutton has admitted that he would love to coach at Ibrox and Villa Park in the future.

The 35-year-old called time on his playing career in February after getting released by Villa at the end of last season following eight seasons at the club.

Hutton joined the Villans from Tottenham in the summer of 2011 after four seasons with the North London club, and he is currently doing some media work.

The ‘Scottish Cafu’ started his career at Ibrox, making his debut in 2001 and going on to make 122 appearances before leaving to join Spurs.

While Hutton isn’t particularly keen on becoming a coach, he has claimed that he will jump at the chance to work at Rangers or Villa.

“I must admit, I never wanted to be a coach but if anything came up at Rangers or Villa, those are two places that I hold dear to my heart. I’d love to be involved with them if anything comes up in the future,” the former Spurs star told talkSPORT.

❤️ “Those are two places that I hold dear to my heart.”

Alan Hutton admits he’d only give up media work to coach at former clubs #RangersFC and #AVFC. pic.twitter.com/gb7bx2C9ar

Hutton brings plenty of experience to the table and will definitely be a great addition to the backroom staff at Ibrox or Villa Park.

Rangers are looking to pip Celtic to next season’s Scottish Premiership title, and they could do with someone who won the Scottish Premier League in 2004-05 as part of the coaching staff.

Hutton also helped Spurs to the Football League Cup in 2007-08 and did play a huge role in helping Villa return to the English top-flight last term.

He has sent a come-and-get-me-plea to two of his former clubs, and it will be interesting to see how they respond.