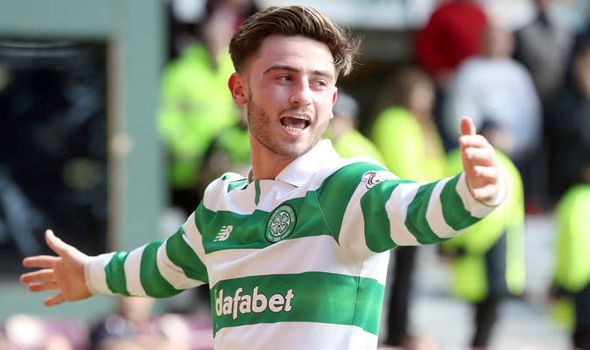 Alan Brazil, the popular football presenter on talkSport, has said that he is a fan of Patrick Roberts, who joined Celtic on loan from Manchester City this summer.

Roberts previously enjoyed a fantastic 18-month loan spell at Celtic before moving to his parent club after the end of the last season.

The 20-year-old was used in pre-season games by Pep Guardiola, but the Spaniard felt another loan spell will be important for his development.

He returned to Celtic Park in the final week of the summer transfer window on a season-long loan, but reports suggests that the Bhoys tried to sign him on a permanent deal.

According to reports from Scottish Daily Record, Celtic were willing to pay £8 million (breaking their transfer record) to sign Roberts from City on a permanent deal, but Guardiola pulled the plug on that idea.

Brazil said that while initially he was excited to hear about Celtic’s desire to bring the player on a permanent deal, now he is happy that the Bhoys didn’t sign him.

Celtic have been paired with Bayern Munich, Paris Saint-Germain and Anderlectht in the Champions League group stages, and chances are very less for them to progress from the group stages.

Brazil adds that signing Roberts on a permanent deal would not have made a huge difference for Celtic in the Champions League.

However, the football presenter has spoken highly of Roberts, saying he is a “good” player and that he is a “huge fan” of him.

“Reports that the Bhoys had agreed a record £8m fee with Manchester City to buy Patrick Roberts on a permanent basis made me sit up and take notice,” Brazil told The Sunday Post. “My first thought was that I was impressed with the Celts’ ambition.

“But after a wee bit of reflection, I’m glad City boss Pep Guardiola put the kibosh on it – because there’s no point chucking money at an impossible dream. Just look at Celtic’s Champions League group.

“The insane wealth of Bayern Munich and Paris St Germain means the top two positions are effectively already decided. The only question is which one tops the group and which one finishes second. Celtic dropping a club record fee on Patrick Roberts wouldn’t have made the slightest bit of difference.

“As good a player as Patrick Roberts is – and let’s be clear, I’m a huge fan – his arrival is irrelevant in that respect.”