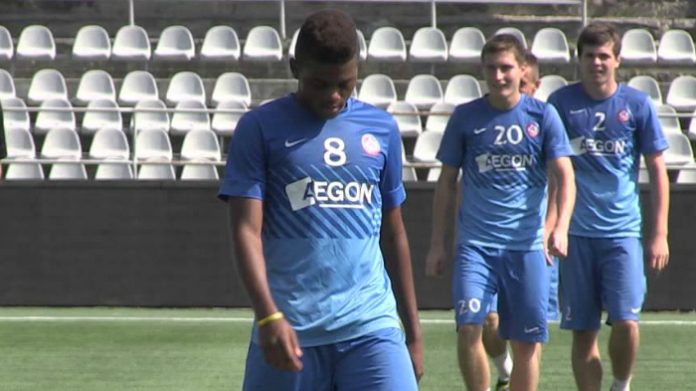 Although Leon Bailey‘s father has said that his son could stay in Belgium for the rest of the season, he has not ruled out the possibility of the winger moving out next month. Premier League giants, Manchester United, are reportedly interested in the winger, who has played a key role for Genk this season, helping the Belgian side reach the last 32 of the Europa League.

Craig Butler, Bailey’s father and agent, says that the time is probably right for his son ‘to take on another challenge’, with several heavyweight European clubs queuing up for Bailey’s signature.

Butler said, as quoted by Het Laatste Nieuws, “It’s maybe time for him to take on another challenge. English, French, and Italian clubs are interested in him and have even made offers, but we’re not against him staying at Genk.”

Bailey initially joined Genk in 2013. However, his deal was quickly cancelled, as it turned out that his stay in Belgium was illegal. After celebrating his 18th birthday in 2015, he finally returned to Genk, rejecting offers from Chelsea, Ajax, and Standard Liege.

His rise has been fast and Bailey has quickly established himself as an important player for his club. He has exquisite technical skills and a natural ability to take on defenders. The Jamaican youngster is naturally left-footed, but he is versatile enough to play on both flanks.

Ajax offered €11m for Bailey in the summer, but Genk demanded €20m and were unwilling to negotiate. A move to the Premier League will be a huge step in the youngster’s career, but it remains to be seen whether United would be willing to pay that money for the 19-year-old winger.