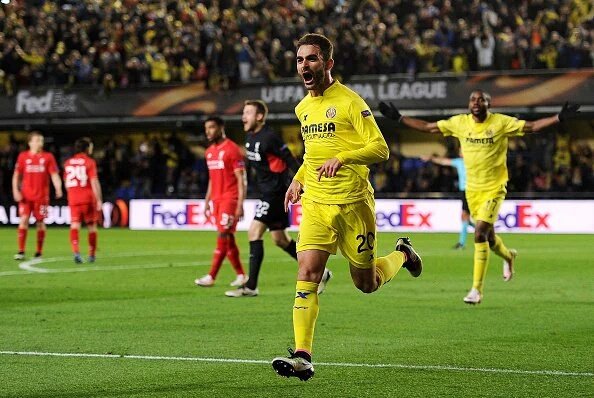 The match appeared to be heading for a stalemate; the teams heading towards next Thursday’s second leg at Anfield with the tie neatly balanced, until Adrian Lopez struck in the 90th min to leave the visitors frustrated.

The Reds produced a professional performance, but a momentary lapse of concentration had pulled the tie slightly in Villarreal’s favour. With that victory the Yellow Submarine have now won all seven Europa League ties at El Madrigal this season and maintained their unbeaten run in the competition so far.

Villarreal have made a reputation for being a dangerous counter-attacking side, and their winning goal came from a beautifully constructed counter move involving Bruno Soriano and Denis Suarez, finished from point blank range by substitute Adrian Lopez.

An injury time winner from Adrian Lopez gave Villareal a 1-0 victory against #liverpoolfc in the #EuropaLeague semis pic.twitter.com/lSq4loYIsm