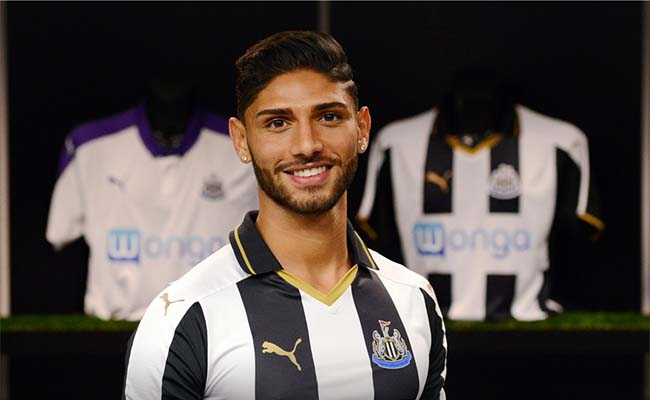 Newcastle United defender Achraf Lazaar, who is currently on loan at Serie A side Benevento, says that he hopes to play for the Magpies in the Premier League next season.

The 25-year-old has impressed at Benevento this season and he could be a useful player for Benitez next season.

The Moroccan defender revealed that Benitez wanted him to play for Newcastle this season but because there were no guarantees of regular first-team football, he decided to go out on loan so that he can play more often.

Lazaar claims that he is in regular contact with the Newcastle United manager and he is planning to return to England at the end of this season. Benevento do not have the option to sign him permanently.

He said: “No options (to make the deal permanent), nothing at all. Furthermore, I can tell you one thing: Newcastle didn’t even want me to go away on loan. It was me. I let them understand that I really cared about playing more minutes. The most important thing, in my opinion, for a football player is playing the more minutes possible, in order to have the right concentration, the right focus that you have on the matches. You can even train a lot, you can train a lot on the extras and I do it very much, but the matches are different. And that was what I missed very much. This is why I decided to come back on loan to Italy. I wanted to find again the Lazaar I was, in the league where I was born, in order to come back to Newcastle much stronger than before.”

He added: “I have a wonderful relationship with the guys at Newcastle, we have a group on WhatsApp, I follow them and they follow me because I really feel one of them. Besides, I have a five years contract with them! When you sign a contract for five years with a club, you feel like a son and they become your family. I receive many messages for every match I play from Rafa Benitez and it really gives me pleasure. I appreciate him so much, he is a great manager who has won a lot. I haven’t had so much space with him last year, but I just needed to adapt myself. Now I need to put minutes in my legs, to play and to find what I was lacking last year.”