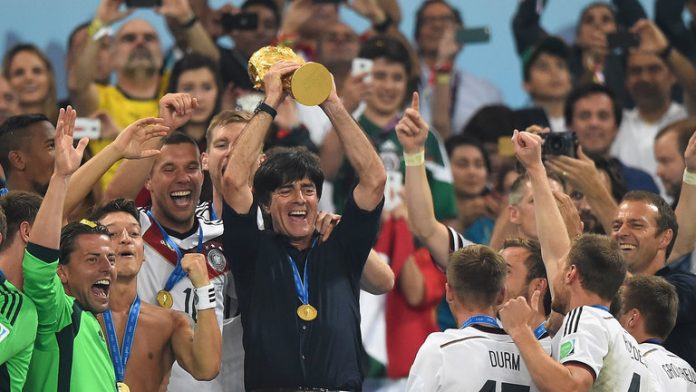 The FIFA World Cup in Russia is the highlight of the 2018 sporting calendar.

Scheduled to take place from June 14 to July 15, 2018, this will be the first time the World Cup has been held in Eastern Europe.

The hosts will be joined by 31 other nations playing 64 fixtures in 12 venues across 11 cities. The tournament reaches its climax when the final takes place at the Luzhniki Stadium in Moscow.

Betting on the tournament

Bookmakers across the industry will offer a variety of ante-post and in-tournament betting opportunities on the World Cup.

Around £1 billion was bet in the UK during Brazil 2014, with some firms reporting an 80% increase in turnover in comparison with the previous tournament.

Keep an eye on betting review sites to find out where to access free bets and promotions as all the main operators battle to secure your business.

The teams to watch

Germany are 5/1 favourites for the tournament, with Brazil and France close behind at 6/1.

Brazilian manager Tite has revived his country’s fortunes, and star striker Neymar will be expected to make his mark in Russia.

Defending champions Germany will be tough to beat as they look to equal Brazil’s record of five World Cup wins.

France are also re-emerging as a major force at international level, with Paul Pogba, Kylian Mbappe and Ousmane Dembele leading their charge back up the world rankings.

The teams you can’t watch

A World Cup without Italy might seem unthinkable, but that’s exactly what has happened after their shock defeat by Sweden in the play-offs.

The Netherlands also missed out on qualification, while Chile, USA and Ivory Coast are other notable absentees.

Northern Ireland, Republic of Ireland and Greece will also miss out after losing their respective play-off ties against Switzerland, Denmark and Croatia.

With the tournament set to last for just over a month, make sure you pay close attention to the early group games to gauge who is likely to progress to the latter stages.

Always look at a team’s route to the final, as one bad result early on can make things difficult further down the road – something that has hit England hard in previous tournaments.

Monitoring injuries or suspensions to key players will also help you make informed decisions when wagering on games.

The 2018 World Cup in Russia will be the 21st staging of the tournament. Uruguay were the first winners back in 1930, while Brazil are the only team to have taken part in all 21 tournaments.

Brazil is also the most successful nation with five titles, followed by Italy and Germany with four apiece.

Uruguay (2) and Argentina (2) are next on the list, with England, France and Spain completing the roll of honour with one win each.