In light of the Tyson Fury vs Anthony Joshua contract saga, we have decided to look at five times fights never happened that fans wish did. Boxing fans have missed out on some absolute crackers over the years, and here are some of the best ones we have come up with.

The list includes the likes of Sugar Ray Leonard vs Aaron Pryor, Tyson Fury vs David Haye and Joe Calzaghe vs Carl Froch. So without further ado, here are five of the biggest boxing fights that never actually happened.

One of the potentially biggest fights in boxing history that never happened is the heavyweight showdown between Lennox Lewis and Riddick Bowe.

Although the pair did actually clash in the amateur ranks in the Gold Medal match at the 1988 Seoul Summer Olympics, they never faced each other in opposite corners in the professional ring.

Lewis won the Olympic Final by second round TKO, winning the gold medal in the process, despite many deeming the stoppage a bit premature from the referee. At one stage, it looks like this fight was a certainty to happen in the pro ranks.

One major reason the fight never officially got signed on the dotted line was due to Bowe’s colourful manager, Rock Newman. Newman made ridiculous demands, such as requesting a 90/10 purse split for the fight, amongst many others.

Bowe eventually threw the title in the bin so to speak, as the WBC sanctioning body had threatened to strip ‘Bid Daddy’ of the green an gold belt if he didn’t face the Brit in his first defence.

Without entirely accusing Bowe of ducking Lewis, it does seem to look like that was the case. For many, Bowe wanted no part of his old amateur foe, relinquishing the title before Lewis then went on to win the vacant belt against Tony Tucker via unanimous decision.

This fight would certainly have been an entertaining one, with cases being made for both men. It is a shame it never got over the line as boxing fans would have been in for a real treat if it had. 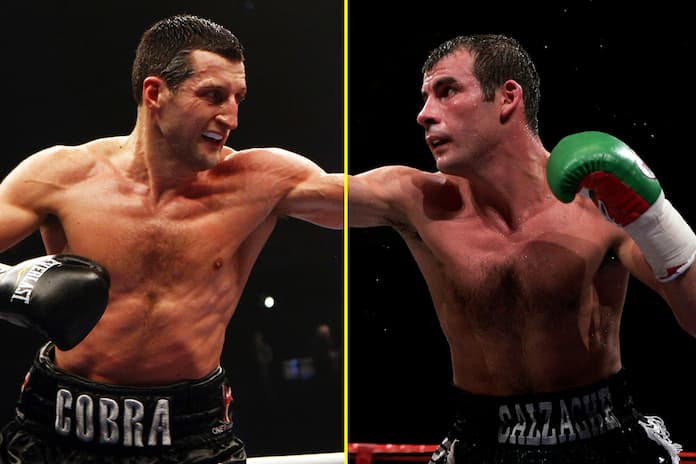 This fight is certainly one that you’ll find often crops up is lists of huge boxing fights that never actually got made. Britain has been blessed with some sensational talents at super-middleweight over the years, including the likes of Nigel Benn and Chris Eubank of course.

Well, both Calzaghe and Froch campaigned at 168-pounds in their careers, with both of their eras overlapping to a certain degree. Although the fight never got made and both men are happily retired now, there always seems to be a bit of a spikey atmosphere surround the fight.

Calzaghe retired undefeated with a 46-0 record, boasting wins over the likes of Bernard Hopkins, Roy Jones Jr and Chris Eubank to name but a few. For Froch, he retired after knocking George Groves out at Wembley Stadium in 2014 and boasts wins over some huge names such as Jean Pascal, Jermaine Taylor, Mikkel Kessler and Lucian Bute.

At one stage, ‘The Cobra’ gave an interview to ITV Sport and said:

“That was a fight I wanted [the Calzaghe fight]. He was WBC champion, everyone knew who he was. It was a massive fight back then – I think it would still be a big fight now. I think Joe Calzaghe knew that I was going to beat him.”

Depending on what you like as a boxing fan, you can certainly make a case for both men winning the fight. The Welshman was the classier puncher, throwing sensational combinations and boxing beautifully his whole career. Meanwhile, Froch wanted to have a tear up and stand toe-to-toe with you. The more old fashioned, come forward, high guard style.

You can make compelling cases for both men, with the only certainty being that it would have been a sensational fight and an outstanding spectacle. British fight fans would have loved to see this one at Wembley Stadium, but unfortunately that wasn’t the case and we are left pondering over what would have been a truly remarkable fight. 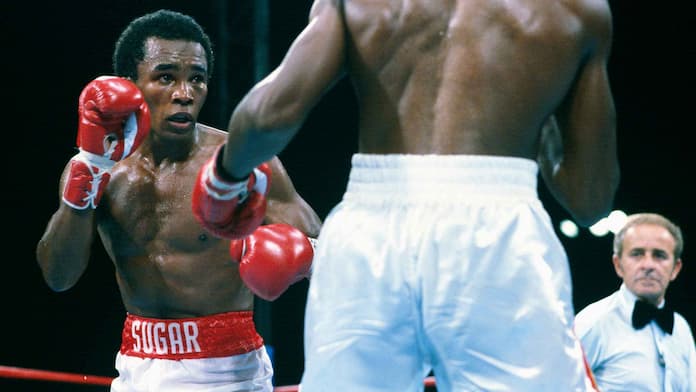 Sugar Ray Leonard vs Aaron Pryor truly is one of the great ‘what ifs’ in boxing history. Talks of a fight between these two superstars started as early as 1981. Leonard was already a star and already had a win over Roberto Duran and Wilfried Benitez on his record. Meanwhile Pryor was just beginning to gain recognition after winning the junior-welterweight world title in 1980.

Unfortunately for boxing fans, the fight never materialised. The fight was supposedly signed after Leonard had stopped Tommy Hearns in the 14th round of their epic fight in 1982, but instead ‘Sugar Ray’ fought Bruce Finch and then retired for the first time after having to undergo surgery for a detached retina.

When Leonard announced his comeback in 1984, talk of the Pryor fight started all over again. However, by 1987, Leonard was up at middleweight fighting the likes of ‘Marvellous’ Marvin Hagler, while Pryor was a shell of his former self, losing by knockout to Bobby Joe Young after a poor performance against Gary Hinton the fight prior.

By this stage, it was clear the fight was never going to materialise, and what a shame it was for boxing fans to miss out on a potentially historic fight between two of the best fighters of the 1980s. 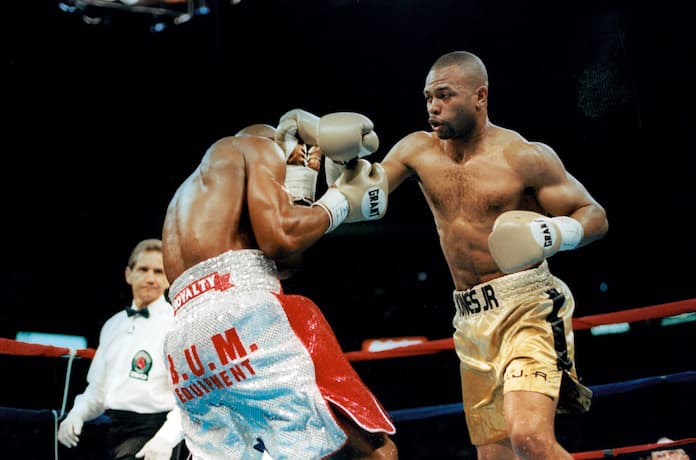 This fight is definitely one that wets the appetite even thinking about it now, the classic boxer vs puncher match-up.

Roy Jones Jr, who is widely regarded as one of the greatest boxers to ever lace up a pair of gloves, struggled to secure that one big fight with one of the great champions from the UK or Europe that fought in his era.

This fight at one stage looked like it was about to get made, with famous boxing promotor, Don King, trying ever so hard to get the fight over the line after Benn’s 10th round knockout victory over Gerald McClellan.

Benn had ferocious punching power, and if he landed flush on the chin of anyone, they would wilt to the canvas pretty quickly. However, there may lie the problem if this fight ever did get made, could Benn have landed one of his clubbing shots on Jones Jr or would the American have been able to box rings around the Brit?

Sadly, we never got to find out the answer to that question. There were doubts surround the chin of Roy Jones Jr later in his career, so if Benn had have landed, would it have been enough to turn Jones Jr’s lights out?

This fight would have captured the imagination of boxing fans all around the world, with millions upon millions tuning in to watch it. You’ll find this fight crop up in the majority of lists talking about boxing fights that never happened, and rightly so, it would have been incredible! 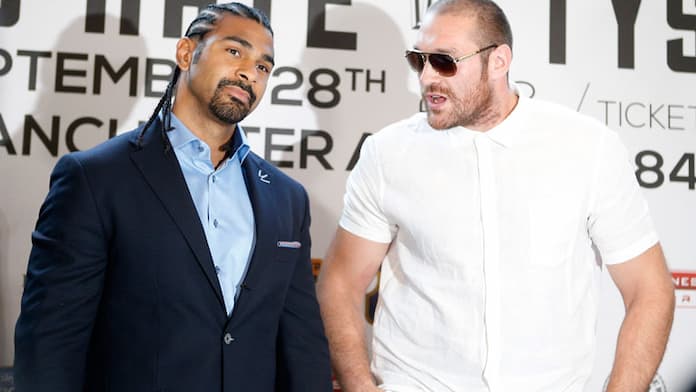 The most recent of this list and a heavyweight fight that was signed and sealed, but never got delivered. Tyson Fury vs David Haye was on not once, but twice. Firstly on September 28th 2013, then against on February 8th 2014.

This fight would have been a thoroughly entertaining one and one that perhaps boxing fans think would have played out a lot differently after knowing the heights Fury has gone on to and what he has achieved since.

Nine days before the first fight was scheduled, the ‘Hayemaker’ suffered a cut above his left eyebrow in sparring that required six stiches. The fight was called off and later rearranged for February 8th 2014, but again the fight was off after Haye had to undergo shoulder surgery.

Haye wouldn’t box again until 2016, by which time Fury had gone on to dethrone Wladimir Klitschko and become the unified heavyweight champion of the world. By the time Fury came back after the problems he had outside of the ring, Haye had made his return but has been beaten by Tony Bellew on two occasions, meaning he was retired once and for all.

The build up and trash talk would have been quite magnificent between these two, with Fury of course being so tongue in cheek and witty with his comments, and Haye seeming to have a short fuse when it comes to Tyson Fury. Fury would definitely have got under the skin of Haye at one stage or another in the build up to the fight.

Like every fight on this list, boxing fans missed out on a potential cracker here that would have been quite a spectacle to behold had it have happened.

There are so many other fights we could have mentioned in this article, it really was difficult to narrow it down to just five. But for us here at SportsLens, these were the five fights we wish had have happened but never actually did.