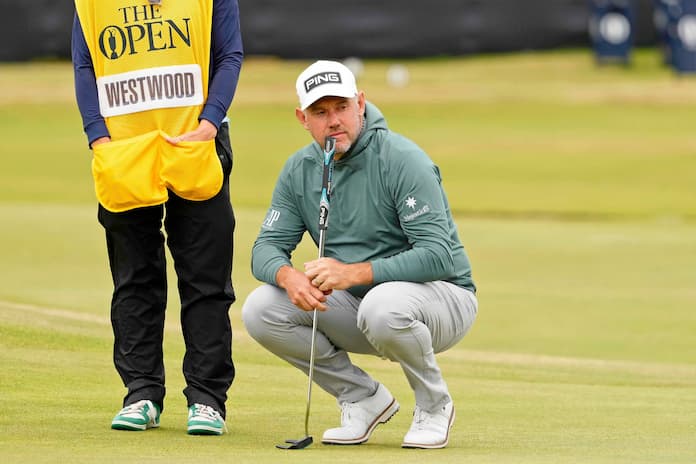 With the 2022/23 golf season beginning to pick up on the PGA Tour, that means that major championships aren’t too far away. With that in mind, we have compiled a list of five of the best golfers to have never won a major.

Some huge names from the world of golf such as Lee Westwood and Matt Kuchar feature on this illustrious list. So without further ado, here are the five best golfers to have never won a major championship, as ranked by SportsLens.

Looking for some golf action? Check out all of our golf picks and tips. You can also take a look at the best betting sites and claim the best bookmaker free bets here. Be sure to also check out the best offshore betting sites.

Ranked from 5 to 1, here are the five best golfers to have never lifted a major championship trophy… 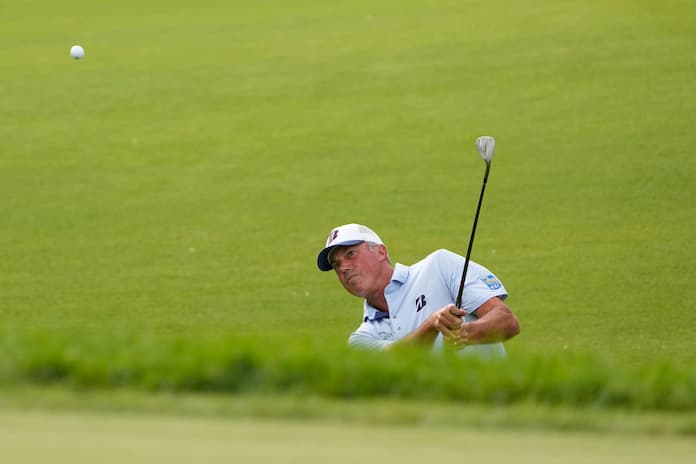 Getting us started on this list of the five best golfers to have never won a major championship is the American fans favorite, Matt Kuchar.

It was between Kuchar and Rickie Fowler for fifth place in our opinion, but we have selected the 44-year-old to kickstart this list. Fowler still has plenty of years left in the sport to win a major, hence why we have gone with Kuchar on this one.

‘Kuch’ has won nine times on the PGA Tour throughout his long and illustrious golfing career. At his peak, Kuchar made it to world number four. He is also one of the highest earners in the history of the sport, having ended the 2018/19 season with a mouth-watering $50m in estimated career earnings.

Kuchar oozes consistency. Throughout his golf career, he has had countless Top 5 and Top 10 finishes. No wonder he had raked in so much cash on the PGA Tour. Despite not winning a major as such, he has won the Players Championship, which is seen as the ‘fifth major’, if there is such a thing.

The closest the American ever came to major championship success was at the 2017 Open Championship at Royal Birkdale Golf Club. He had the lead with just five holes to play of the final round, but Jordan Spieth went on a rampage finishing his last five holds in -5 par to lift the famous Claret Jug.

Kuchar came third in the 2012 Masters at Augusta National, as well as finishing in a tie for sixth at the 2010 US Open and a tie for seventh at the 2015 PGA Championship. Despite never winning a major, it’s safe to say Matt Kuchar has had a very fruitful career. 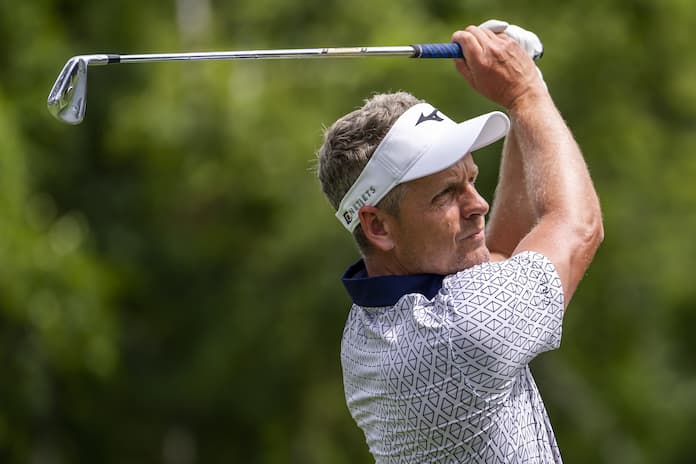 In at number four is of course the Ryder Cup captain for Team Europe at the 2023 event – Luke Donald.

Donald won 17 times as a professional golfer, including seven times on the European Tour and five times on the PGA Tour. Just four years after turning pro, the Englishman embarked on his first ever Masters in 2005. He finished in third place which was an unthinkable feat for someone making their debut at Augusta.

Between 2011 and 2012, Donald spent 56 weeks at the summit of the Official World Golf Rankings. Donald spent over 200 weeks in the Top 10, which further shows how consistent a player he was and how talented a golfer he is.

He is one of only two golfers in history who have ever made it to world number one without ever triumphing at a major championship (more on that later).

Despite never winning a major, he did come close on several occasions. The 2023 Europe Ryder Cup captain came third at both the 2005 Masters and the PGA Championship in 2006. His best finish at the US Open came in 2008 when he finished eighth, with two Top 5 finishes also secured at the 2009 and 2012 Open Championship respectively.

Although Donald never got to feel the ecstasy of winning a major championship, he hasn’t done too badly. The fact he has been selected as the Ryder Cup captain for Team Europe next year is a testament to how good a golfer he was, and caps off what has been a wonderful career. 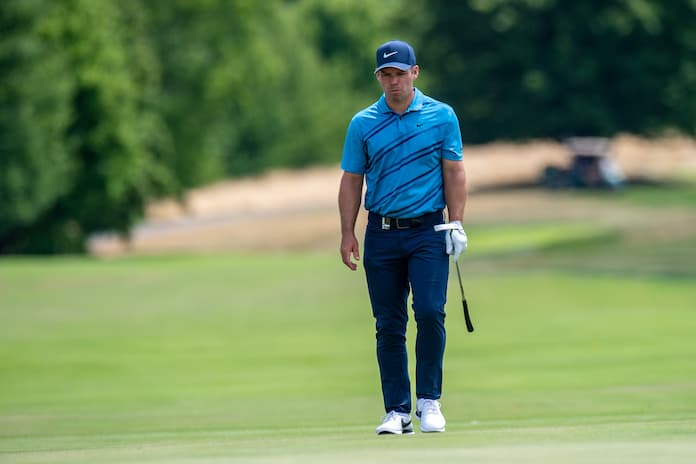 Kicking off the top three is the English golfing sensation, Paul Casey. Casey has won an incredible 21 times as a professional golfer, as well as being awarded the European Tour Golfer of the Year in 2006.

Casey turned professional in 2001, and it was apparent very quickly just how good he was. In his rookie season on the European Tour, Casey won the Gleneagles PGA Scottish Championship, and was awarded ‘Rookie of the Year’ for his first season as a pro.

In 2006, the Englishman became the only golfer in Ryder Cup history to record a hole-in-one. What makes this even better is that it was to win his foursomes match. Quite the achievement. He also reached a record high of third in the world rankings, which is the highest position he has held to date.

Despite the lack of majors on his CV, Casey has millions of pounds in the bank thanks to his golfing achievements, as well as a full trophy cabinet of various different trophies from his wins on the PGA Tour and European Tour. 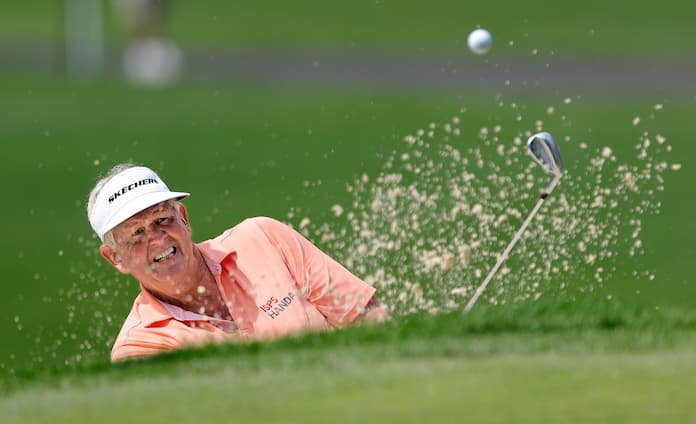 In at number two on this list and perhaps unlucky not to claim top spot, is Colin Montgomerie. The Scottish golfing star had an incredible career on the European Tour, but was never able to get it over the winning line in a major championship.

‘Monty’ has one of the best records in history at the Ryder Cup. He played in eight Ryder Cup’s from 1991 to 2006, winning it an impressive five times. He also holds the record for the most points won in singles matches at the Ryder Cup (seven), alongside Neil Coles.

The Scotsman won 20 times in the Ryder Cup, settling for a draw on nine occasions and only being defeated seven times. This highly impressive record has him sitting at fourth place as one of the leading points scorers for Europe in Ryder Cup history.

Montgomerie also won a stagger 31 times on the European Tour, which is the most by any British golfer in history. To top things off, ‘Monty’ has a record number of European Tour Order Of Merit titles with eight. Seven of these came in consecutive years from 1993 to 1999, further emphasising just how good a player Montgomerie was.

Despite never winning a major, Montgomerie got super close on numerous occasions. He came second on three occasions at the US Open: 1994, 1997 and 2006. He also came second in the 1995 PGA Championship and 2005 Open Championship. His best finish at The Masters was a tie for eighth in 1998.

Although he never won a major, it’s fair to say that Colin Montgomerie had quite the career on the golf course. 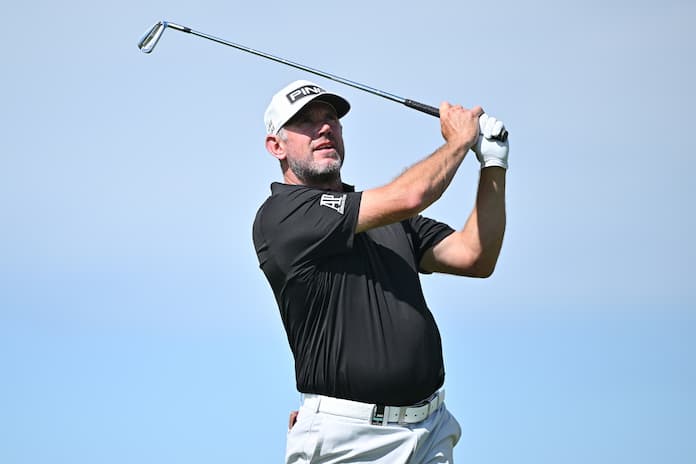 In at number one as the best golfer to have never won a major championship is the former world number one, Lee Westwood.

Westwood has had 44 professional wins throughout his career, including 25 on the European Tour, eight on the Asian Tour and two on the PGA Tour. He is part of an elite list of golfers who have won tournaments in five different continents – Europe, North America, Australasia, Asia and Africa.

The Englishman has represented Europe at 10 Ryder Cup’s, and has won golf tournaments in four consecutive decades from the 1990s to the 2020s. Westwood is one of only two golfers in history (the other being Luke Donald), who have made it to world number one without actually winning a major championship.

Westwood made it to world number one in the Official World Golf Rankings back in 2010. He overtook Tiger Woods and became the first British golfer since Sir Nick Faldo in 1994 to reach the summit of the golf rankings.

The now 49-year-old came agonisingly close on several occasions in major championships too. Westwood came second at the 2010 and 2016 Masters, as well as finishing runner-up at the 2010 Open Championship. He also came third in 2008 and 2011 at the US Open, with a third place finished recorded at the 2009 PGA Championship as well.

Although Westwood doesn’t have a major title to his name, he has still had quite the career. Accumulating millions in prize money will have softened the blow a little of missing out on a major championship.