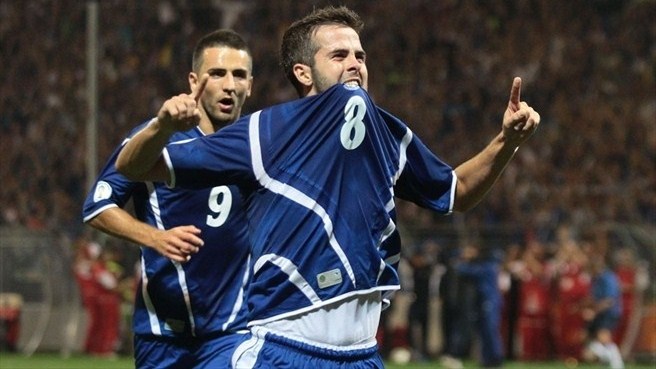 As this summer’s World Cup edges ever closer, the expectation for the tournament grows greater and greater with each passing day.

Without any shadow of a doubt, there will be a plethora of stars on show in Brazil. Some will be of course well known, and easily predicted such as Messrs Messi, Ronaldo, Neymar, Rooney, Suarez and Co.

But if you are looking for players to re-write the script, an upset the status-quo. Or to paraphrase Sky Sports Fantasy Premier League, if you want to “Stay in the Know” then the following is my #ITK “Fantastic Four” top tips for Brazil 2014:

Whilst most of this seasons La Liga’s headlines have gone to the “usual suspects” in Messi, Ronaldo and Diego Costa. Sevilla FC’s Ivan Rakitic has been for many an equally valid candidate for player of the season.

The talented attacking midfield who cost his club a mere 2.5 Million Euro’s, has raised his performances to another level in the aftermath of key departures for the Andalucian club the likes of Jesus Navas, and Alvaro Negredo. The supremely skilful Croatian going on to not only take the captain’s armband at the club, but also become the teams all important leader in every aspect of their game.

Rakitic’s performances for Sevilla both at domestic and continental level have been quite simply exceptional. He alongside fellow La Liga star and countryman Luka Modric, form an integral part of a Croatia side who will fancy their chances to progress from Group A alongside host nation Brazil.

And with many neutrals not really tipping neither Croatia or Ivan Rakitic for any kind of success this summer, the silky skilled Croat could very well spring a surprise or two.

Of the myriad of South American teams tipped to do well this summer due to the tournament being played on said continent. Colombia do not figure high on many peoples lists, and strangely so.

For me “Los Cafeteros” are very much this tournaments “Dark Horses”. Under the experienced Argentine coach Jose Pekerman, the Colombian’s currently have at their disposal the most talented generation since those of the lofty heights reached by Carlos Valderama, Adolfa Valencia and Faustino Asprilla.

In AS Monaco FC’s James Rodriguez, Pekerman has his very own “Ace in the pack”. Having performed notably this season following a big money move from FC Porto to the French Riviera. The young Colombian attacking midfielder has proven himself to not only be a talented playmaker, but also continual goal scoring threat from midfield.

And with Rodriguez lining up in a climate that is very much his and his nation’s own, and in a group without any of the teams that could be considered as favourites, the Colombian’s look more than well placed to progress out of Group C at the very least.

Should they do so, and take the tournament by storm, you can bet that James Rodriguez will be finding his way on to many of the back-page headlines.

If Colombia are my own personal World Cup “Dark Horses”, it would be widely supported that in most neutrals eyes the current Belgium national team are the Brazil 2014’s un-official tournament Dark Horses.

And with a team boasting an exceptional variety of talent ranging from Thibault Courtois in goal, or the likes of Vincent Kompany, Eden Hazard, and Romelu Lukaku, its easy to see why.

Among the galaxy of talent that Belgium boss Marc Wilmots has at his disposal, there is one player who’s name may not be as familiar to all, but whose undoubted quality is more than capable of setting the tournaments touchline’s alight.

S.S.C Napoli’s Dries Mertens, has been in exceptional form for the Italian club this season. Un-fancied by many at the start of the season, Merten’s trickery and exciting wing-play has taken Serie A by storm, the winger bagging countless assists to add to his consistent stream of goals.

And with many of “Les Diables Rouges” wingers suffering with health and form going into the tournament, Dries Mertens could well be the surprise package that will help his country progress. Not just through Group H, but as many are predicting well into the competitions later stages as well.

My last pick, coming from a national side that many would not even consider even as remote outsiders, may raise a few eyebrows.

But Miralem Pjanic is a player of more than sufficient talent to justify his selection. This season at A.S Roma FC, Pjanic has much like his club, been in outstanding form. A supremely gifted, technical midfielder, the young Bosnian has posed an equal threat either standing over a dead ball, or linking from midfield to devastating effect.

And although Bosnia Herzegovina are certainly not one of the tournaments stronger teams. Aside from Argentina, they will be on par at least with the remaining teams in Group F.

Brazil 2014 could well turn out to be a pivotal point in Miralem Pjanic’s career, with many of Europe’s top clubs keeping an eye on him post his excellent domestic season.

That’s this talented attacking midfielder will no doubt be ready to take Brazil 2014 by storm.