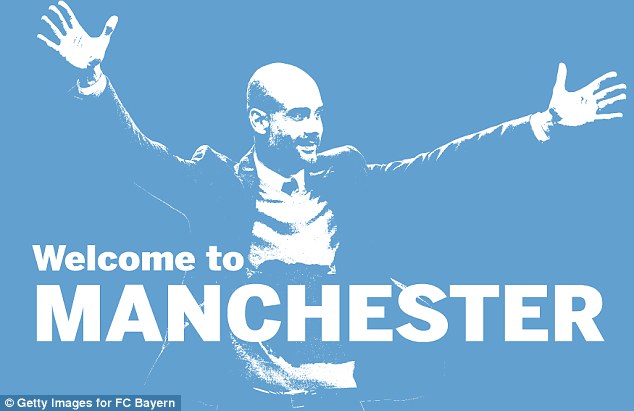 The 2016/17 season is going to be a funny old campaign, it seems. We’re less than a week away from the first gameweek, and it is almost impossible to put your finger on one team and label them favourites. The arrival of Pep Guardiola and Antonio Conte, along with Jose Mourinho’s move to Manchester United means that this is without a doubt going to be the most high-profile season in Premier League history. There’s going to be a lot of drama and a lot of good football played, but predicting the side that will go all the way over 10 months is an incredibly difficult task. We’re on the back off a season in which Leicester City finished first, for God’s sake!

I’m going to put my neck out though, and say that Manchester City are the front-runners. Their pre-season has not been perfect, and there are signs that it will take time for the new manager (more on him later) to assert his playing style on this group of players. But yet, a combination of factors looks like they could work in the Citizens’ favour. The following are three of them:

1) The best Pep talk in the world

Man City made their move early, too early according to some, in getting rid of Manuel Pellegrini and announcing Pep Guardiola as the new man at the helm. It happened as the 2015/16 campaign was in progress, with Guardiola still in Germany managing Bayern until the end of the season. The last few Premier League weeks at the Etihad Stadium were uninspiring as a result, with Champions League football already sealed and Pellegrini looking like he couldn’t wait to get out.

Looking forward though, Pep is the best man the City owners could have asked for. The Spaniard has the pedigree, the experience and of course, an incredible winning record coming into England. He won 6 trophies with Barcelona in his first year of management, before adding his second Champions League in 3 years a couple of seasons later. At Bayern, he won the Bundesliga in each of his 3 seasons in charge, but missed out on Europe’s most elite competition.

He plays an attractive passing style of football, and his sides score a lot of goals. On paper, this fits perfectly with the profile of the players City have, with the likes of David Silva, Kevin De Bruyne, Nolito, Leroy Sane, Raheem Sterling and Samir Nasri all being technically sound and adept on the ball.

City have gone out and splashed the cash this summer, spending over £70 million in securing the services of Ilkay Gundogan, Nolito and Leroy Sane. With the attacking options at Pep’s disposal stacked to the brim, the club then reinforced their defence by spending a mammoth £47.5 million on John Stones. The 22-year old former Everton man is one of the country’s brightest prospects, and will almost certainly be a long-term solution for City at the heart of their backline.

They haven’t gone all kamikaze with their spending, but have parted with the sufficient amount to get in the exact players they wanted. Add to that the fact that they still have the core of the team that won the titles in 2012 and 2014, and you get the perfect recipe for success. If they are able to keep Sergio Aguero and Silva fit for 30 weeks or more, it is difficult to see anyone else finishing above them.

3) The other big clubs are not there yet

City’s title rivals are presumably going to be Manchester United, Chelsea and Arsenal. Liverpool and Spurs will make their presence felt as well, but it unlikely that they can match the other teams all the way to the end.

United have spent a huge amount of money in bringing in Paul Pogba, Eric Bailly and Henrikh Mkhitaryan. Zlatan Ibrahimovic has also signed on a free transfer. Despite this though, it feels like there may be something missing, with the backline still looking like it can be got at. Rooney and Ibrahimovic looks great on paper, but it remains to be seen just how much the combination of the 30-somethings works. Chelsea look very vulnerable in defence, and also seem a world-class centre-forward short. All 3 of Arsenal’s centre-backs are out going into the season, and they also haven’t signed a top-quality forward.

As stated earlier, it is going to take a while for Guardiola to enforce his style of play, which requires extremely high levels of fitness and intricate technique on the ball. They didn’t play too much in pre-season either and could very well get off to a shaky start. But with time, when everyone settles down and adapts, they will be a marvellous team to watch and very much the side to beat.