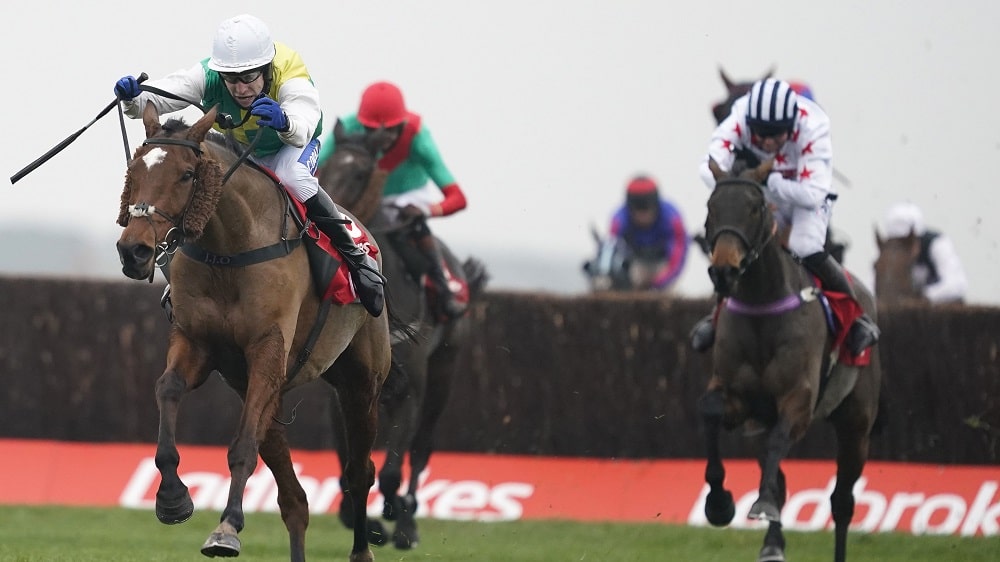 The 3m 2f Grade 3 Ladbrokes Trophy Chase is the big betting race of the Newbury Winter Carnival. There’s a field of 21 runners for the feature handicap, which takes place this year on Saturday, 27 November (3:00). SportsLens experts have studied all the form and give their Ladbrokes Trophy tips below.

As ever with a big handicap chase, there are some stats punters should be aware of. This race, formerly and better known as the Hennessy Gold Cup, has been won by race-fit horses in recent years. Ladbrokes Trophy trends tell us that nine of the last 10 winners came into the contest off the back of a run, typically four to eight weeks before.

Second season chasers have a good record in the race too. Although a couple of precocious six-year-olds have been successful in recent times, notably Native River, eight of the last 11 Ladbrokes Trophy Chase victors were aged seven or eight. That doesn’t help us rule many out of contention, though.

The performance of favourites with horse racing betting sites in this race broadly reflects how they do on the track in general. Over the last 12 years, a third of market leaders (four) delivered and won the Ladbrokes Trophy. Official ratings can also guide be a good guide even though some top-notch chasers took this.

One of the more interesting Ladbrokes Trophy Chase trends is eight of the last 10 winners raced off a mark of between 146 and 155. There isn’t a Denman or Bobs Worth type in this year’s line-up, so that ratings bracket may help punters find the winner. Now that you know the stats, here are the 2021 Ladbrokes Trophy tips from SportsLens tipsters…

Why Ontheropes has the shortest Ladbrokes Trophy odds of Mullins trio

Master Irish trainer Willie Mullins plundered this valuable prize four years ago with Total Recall and declares three in this renewal. The clear market pick of that trio is Ontheropes, and there are similarities with his successful Newbury raider from 2017. Owned by Cheveley Park Stud, the seven-year-old son of Presenting has made steady progress over fences.

Ontheropes first caught the eye when staying on into third in a strong beginners chase on Trials Day at Gowran Park back in February 2020. He was home 1 3/4 lengths behind the runner-up, Milan Native, who went on to land the Kim Muir at the Cheltenham Festival over the Ladbrokes Trophy trip. Off You Go, who beat subsequent Grand National hero Minella Times in a Grade A Dublin Racing Festival handicap this season, was back in fourth.

This time last year, Ontheropes only found mighty stable companion Monkfish four lengths too good at Fairyhouse. The winner built on that, his debut over fences, by notching a Grade 1 hat-trick. This is top form, and it wasn’t exactly a surprise when Ontheropes won the Grade A Munster National at Limerick going away on reappearance. Mullins used the same race with Total Recall, so that augurs well.

Sean O’Keeffe again takes the ride with Ontheropes racing off 12lb higher than his Munster National success. That hike in the weights may not be enough to stop him from going in again. This horse remains unexposed as a stayer, unlike stable companions Annamix and Brahma Bull. It’s no wonder, then, that BoyleSports make Ontheropes a 9/2 chance to follow-up here.

Henry De Bromhead seems to have won most of the big British jumps races this year. He picked up right where he left off last spring after successes in the Champion Hurdle, Queen Mother Champion Chase, Cheltenham Gold Cup and Grand National by saddling A Plus Tard to Betfair Chase glory last Saturday. De Bromhead’s latest raider from the Emerald Isle is Eklat De Rire, an unexposed type, and he’s among many Ladbrokes Trophy tips given this year.

This seven-year-old Saddex gelding has had just six starts under Rules after winning a Dromahane Point-to-Point. Connections didn’t mess about with Eklat De Rire over hurdles, sending him chasing after just a couple of starts. Following a successful bow at Punchestown in this sphere, he beat subsequent National Hunt Chase third Escaria Ten and Florida Pearl winner Pencilfulloflead in a Naas Grade 3.

Although Eklat De Rire unseated Rachael Blackmore in the Festival Novices’ Chase at Cheltenham, it was far too early to say what would have happened. Following a summer break, he looked as good as ever when defeating Grade 3 scorer Conflated and Irish Grand National Trial winner The Big Dog in a Listed affair at Wexford.

With Ladbrokes Trophy odds of 6/1 with Bet365, Eklat De Rire is clearly a contender. However, the concern is whether he handles a sounder surface. All of his runs bar Cheltenham have come on softer going than he will encounter at Newbury. It’s an unknown quantity at this stage, but isn’t putting punters off.

Back Eklat De Rire with Bet365 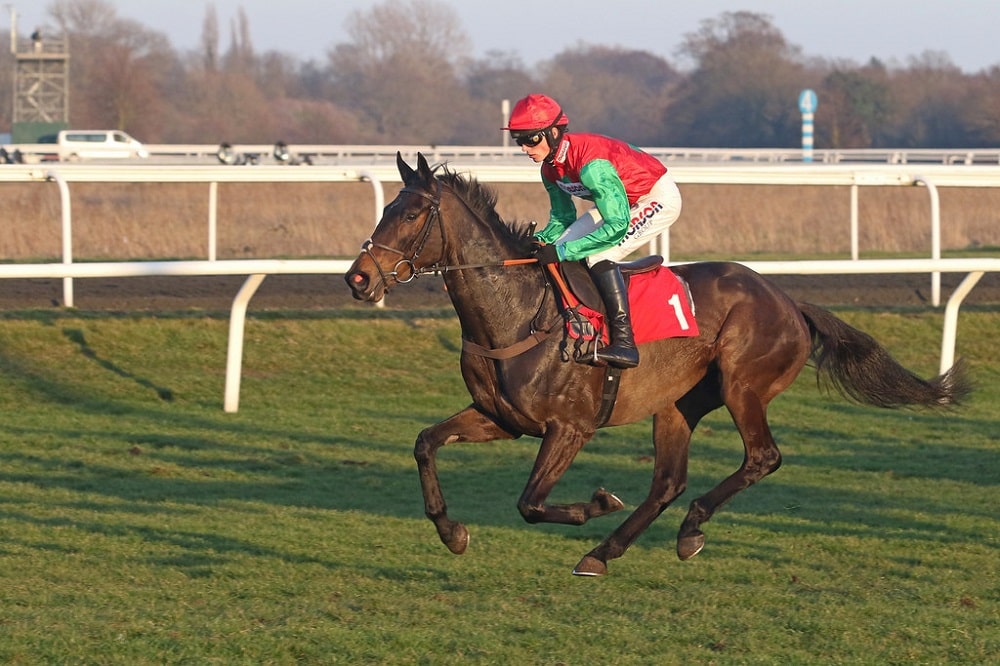 Champion trainer Paul Nicholls won this twice with Denman on reappearance, so this year’s Ditcheat runner Enrilo has some big shoes to fill. This seven-year-old Buck’s Boum gelding is a leading British contender for the race after being first past the post in the Bet365 Gold Cup at Sandown on his final start last season.

Having form over further is a big plus for the Ladbrokes Trophy Chase yet Enrilo lost his last race in the stewards’ room. He hung out to his left, interfering with re-opposing rival Kitty’s Light. Under the current Rules of Racing, officials couldn’t award the race to that one in third and instead promoted the second past the post, Potterman, to winner.

This disqualification doesn’t change the fact that Enrilo has plenty to offer now dropping back almost three furlongs in trip. He does have a 4lb higher mark to contend with, though. Enrilo is a course winner, and that’s something he has in common with three of the last six Ladbrokes Trophy victors. Enrilo is an obvious 11/2 candidate with BoyleSports here.

Bet on Enrilo with BoyleSports

Mullins isn’t the only triple-handed trainer in the race as Colin Tizzard saddles three. While Copperhead and Mister Malarky have both tried their luck before, Fiddlerontheroof steps up to the trip for the first time. A seven-year-old son of Flemensfirth, he landed the Listed 2m 4f Colin Parker Memorial Intermediate Chase at Carlisle on reappearance. Many Clouds won that en route to glory here in 2014.

Few stables can match Team Tizzard’s recent record in the Ladbrokes Trophy either. Besides training two of the last five winners, they have also had four horses placed in the race since 2013. Fiddlerontheroof chased home Monkfish in the Festival Novices’ Chase at Cheltenham in the spring, having filled the same spot behind Next Destination at Warwick in a Grade 2 beforehand.

He now makes his handicap debut off just 2lb higher. It gives him every chance of hitting the frame and Brendan Powell keeps the ride. The Tizzard yard is in much better form this season than last, so a bold bid looks assured. Fiddlerontheroof is also a 6/1 shot with Bet365 in this ultra-competitive contest. 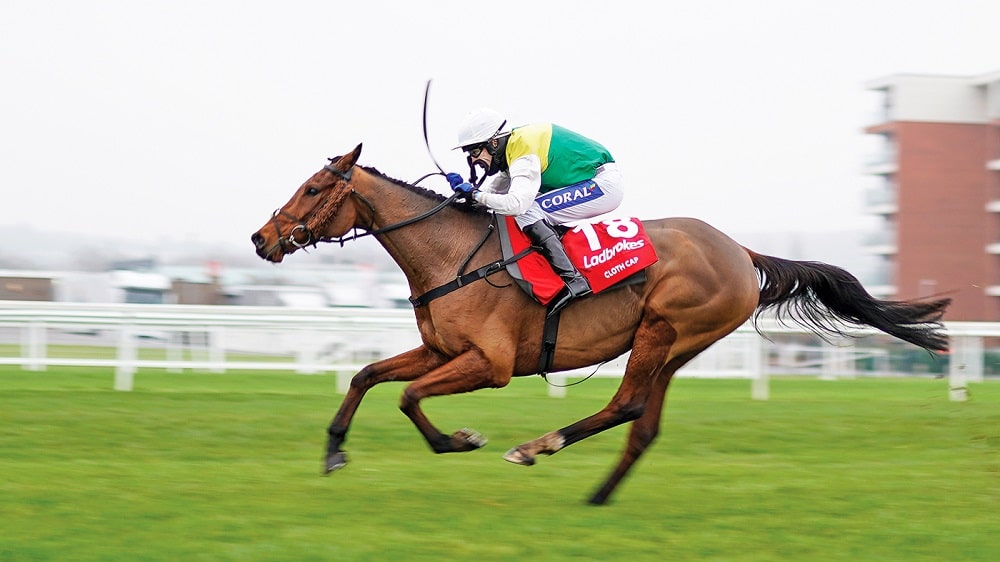 Cases can be made for plenty of others outside the market principals. Last year’s winner Cloth Cap doesn’t have bottom weight now but loves a sound surface. Trained by Jonjo O’Neill for the late Trevor Hemmings, this front-running nine-year-old has proved hard to peg back if allowed an easy lead and getting into a rhythm.

He jumped well and made all 12 months ago, bolting up by 10 lengths. Cloth Cap was a complete handicap blot off 136, so must now defend his crown off 18lb higher. The son of Beneficial was beaten by exactly the same margin at Cheltenham on his reappearance this season as last. Cloth Cap is a 12/1 chance with BoyleSports for a repeat bid.

Potterman came to grief at the unlucky 13th fence, an open ditch, in the Ladbrokes Trophy 12 months ago. One of two runners representing Alan King, who landed the spoils with Smad Place in 2015, this eight-year-old is another who is best on better ground. Potterman has since profited from Enrilo’s demotion in the Bet365 Gold Cup.

All of the first three from Sandown have gone up in the weights, yet this one is actually 2lb well-in on his revised official rating. That follows Potterman again finishing second in the big Listed handicap chase at Wincanton. With William Hill paying seven places on this race, he is a top-price 14/1 and well worth backing each way.

Bet on Potterman each way with William Hill

For those who like to play at bigger odds, The Hollow Ginge ran a fine fourth in this 12 months ago. He also has a massive swing in the weights with Cloth Cap. Trained by Nigel Twiston-Davies, this eight-year-old Oscar gelding has a 2lb lower rating than last year. The Hollow Ginge also meets the re-opposing winner a massive 20lb better off at the weights.

In handicapping terms, it should give him every chance of reversing form, and he has already turned the tables on Cloth Cap. The Hollow Ginge went down fighting by a head during The Showcase Meeting at Cheltenham last month. Cloth Cap faded into fourth that day. Going back up in trip by a furlong should suit The Hollow Ginge too. The sixth home that day, Jersey Bean, came out and won at Haydock over 3m 4f on Saturday, so that advertises the form nicely.

Although this demands more, any Ladbrokes Trophy tips shouldn’t ignore The Hollow Ginge completely. The Twiston-Davies team have had a fine autumn with the yard bang in-form. Sam Twiston-Davies again takes the ride for his father. The Hollow Ginge is 28/1 with BoyleSports, who pay six places. There are worse each way bets than this.

Back The Hollow Ginge each way with BoyleSports