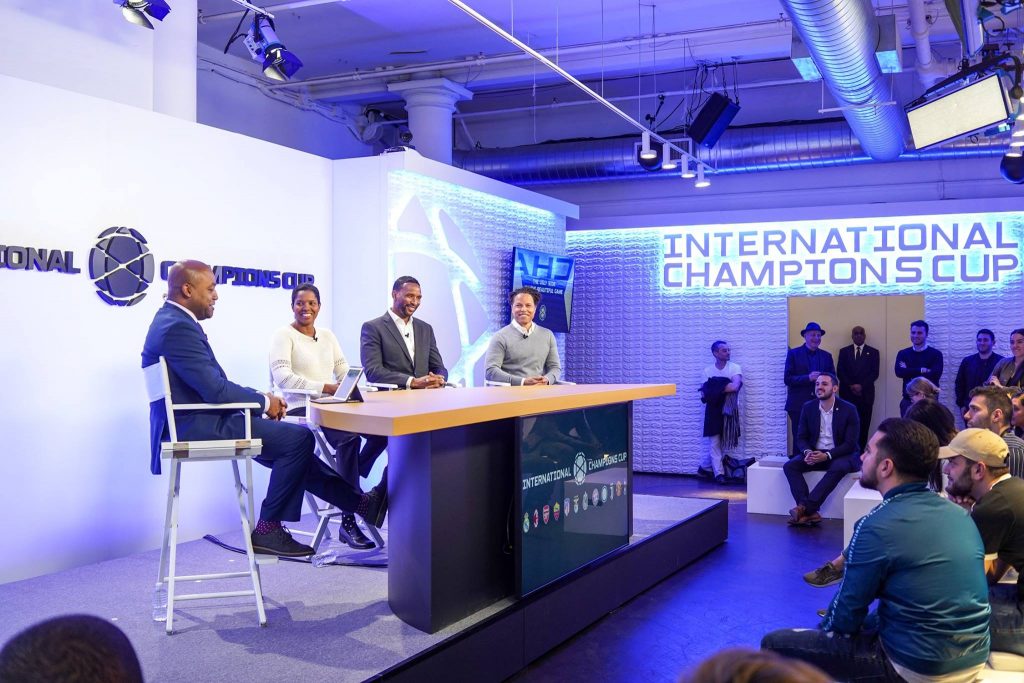 First staged in 2013, the ICC offers fans across the globe the opportunity to watch football’s greatest stars in action.

The 2019 edition of the ICC starts on July 16 as Serie A side AS Roma take on Mexican outfit Chivas de Guadalajara in Chicago.

Read on as we provide you with an in-depth guide to the 2019 International Champions Cup.

HISTORY OF THE INTERNATIONAL CHAMPIONS CUP

The competition was the brainchild of Miami Dolphins owner Stephen Ross and Matt Higgins, a former executive with the New York Jets.

It replaced the World Football Challenge, which had mostly featured an even mix of European and American-based sides.

The ICC has achieved some notable landmarks during its existence, including setting the all-time record for attendance at a soccer game in the United States in 2014.

A match between Manchester United and Real Madrid at Michigan Stadium attracted 109,318 spectators – a record that still stands today.

In 2017, Barcelona and Madrid played in the second El Clasico ever held outside of Spain, with Barca winning 3-2.

The 2018 edition was the first to run to a worldwide format, with Tottenham Hotspur finishing top of the standings ahead of Borussia Dortmund.

There will be 16 venues for the 2019 International Champions Cup spread across the United States, Europe and Asia.

The MetLife Stadium in New York has the biggest capacity of the US venues, with the home of the New York Giants and New York Jets able to hold 82,500 people.

Kansas City, Houston, San Francisco and Los Angeles are amongst the other US locations set to host ICC games this summer.

Cardiff’s Principality Stadium will stage the first ever ICC fixture to take place in Wales when Man Utd go head-to-head with AC Milan on August 3.

A total of 12 teams will participate in the tournament from England, Italy, Portugal, Germany, Mexico and Spain. The competition is a single table format guaranteeing each team three games.

The match schedule is as follows:

Many broadcasters around the world will offer live online screening of games throughout the International Champions Cup.

In the United Kingdom, Man Utd games will be shown only on MUTV while the rest will be aired by FreeSports TV and Premier Sports.

ESPN holds exclusive multi-platform broadcast rights in the United States, with the networking covering the entire tournament on its portfolio of channels on television, online, radio as well as its app.

The Madrid derby between Real and Atletico will be played outside of Europe for the first time ever as part of this year’s competition.

The match, scheduled for July 26 at the MetLife Stadium, is just one of many top-class fixtures taking place during the 2019 ICC.

Juventus versus Spurs in Singapore on July 21 will certainly be one to watch, while Arsenal’s clash with Real Madrid in Washington could be a cracker.

Spurs will get the chance to make a statement against one of their Premier League rivals when they meet Man Utd in Shanghai on July 25.

United’s game against AC Milan should draw a massive crowd to Cardiff on August 3, while Spurs’ meeting with Inter on home soil the following day is likely to be an entertaining encounter.