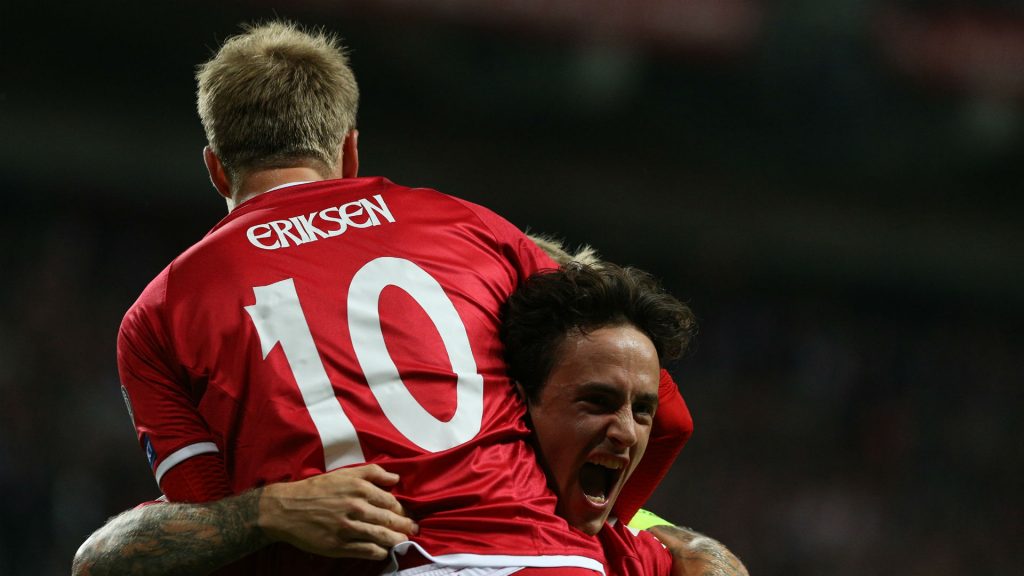 There are a number of unpredictable groups at the 2018 World Cup and Group C certainly falls into that category.

France on paper look to be the strongest side in the four-team contingent by some margin, but Didier Deschamps’ outfit still possess their frailties.

Otherwise, Denmark, Australia and Peru all look relatively evenly matched and all three will have eyes on the round of 16.

France’s squad looks the equal of just about any of the other big nations in the tournament, with sublime talent in midfield and attacking areas in particular.

The European nation look to have left the days of in-fighting behind them and after losing in the final at Euro 2016 will hope to go one step better this time around.

Denmark are driven forward by the mercurial talents of Christian Eriksen, whose range of passing, shooting from range and vision are a joy to behold.

The Scandinavians are a direct team however and possess a physical presence that some of other sides in the group will not relish having to deal with.

Peru are on the longest unbeaten run in their national side’s history and have a steeliness in their defence that has previously not been apparent.

With the returning Paolo Guerrero also available to spearhead the South Americans’ attack, they will be a tricky opponent.

Australia are the least-favoured side in the group but are playing in the World Cup for the fourth consecutive time and have a youthful generation of players predominantly on the books of European clubs.

Having come within a whisker of winning Euro 2016, expectations in France ahead of the World Cup are sky high.

The calibre of players in Didier Deschamps’ squad will give him a selection headache as there are top-level options in just about every position.

Les Bleus boast power and pace across the park and the mobility of their attack – comprising Kylian Mbappe, Ousmane Dembele and Antoine Griezmann – will give opposition defences untold headaches.

If Paul Pogba can show anywhere near his best form, France solidify their defence and they win their first couple of games, the Europeans could well be an outside bet to win the tournament.

Peru qualified for the World Cup at the expense of back-to-back Copa America winners Chile and have a no-fear style of play that will not be enjoyable for their opponents in Russia.

Manager Ricardo Gareca has the South Americans playing expansive football and has instilled belief and defiance in a gifted group of players.

A previously frail national team psyche fond of capitulation has been replaced by consistency and as such Peru have not been beaten since the end of 2016.

Despite Peru playing in their first World Cup since 1982, the South Americans have every chance of progressing through the group if they get a solid start.

France look assured of getting one of the two qualification places in Group C and as such it could well be the result between Peru and Denmark in the opening round that dictates who the other team progressing to the round of 16 is.

While Australia will harbour ambitions of getting to the knockout stages, changes in their coaching structure and a defensive frailty could be their undoing.

As such, Denmark and Peru both have realistic chances of progression – but will need to start the tournament against the other side well.

For the South Americans, there is belief and excellent form, but Gareca must instil composure to avoid the occasion getting the better of them.

Denmark will hope for a moment of brilliance from Eriksen and will look to build pressure on Peru from set-pieces and long balls forward.

This should be an interesting watch between two sides operating with drastically different styles.

Given the profile of some of his distinguished team-mates, Corentin Tolisso’s abilities can be somewhat overlooked when analysing France’s potential at the World Cup.

The former Lyon midfielder is in a battle with the more-experienced Blaise Matuidi to start for Les Bleus, but the younger player has been given the nod in recent friendlies.

Tolisso has had an inconsistent start to life at Bayern Munich after a move last summer but has all the attributes to be a world-class operator.

In a young France side full of running and energy, the 23-year-old adds an extra element both physically and technically.

If given a concerted run in the team, Tolisso could be the perfect foil for Pogba and N’Golo Kante – and could be the breakout star of the tournament.

Regardless of whether France are at their best or start the competition slowly, the Europeans should have enough quality in their squad to progress to the next stage.

While Peru are arguably a better footballing side than Denmark, it could well be the Scandinavians that slug their way into the knockout rounds also in unglamorous fashion.

For Australia, a win at the tournament would save face but it will take a massive effort from Bert van Marwijk’s men not to be eliminated at the first hurdle.