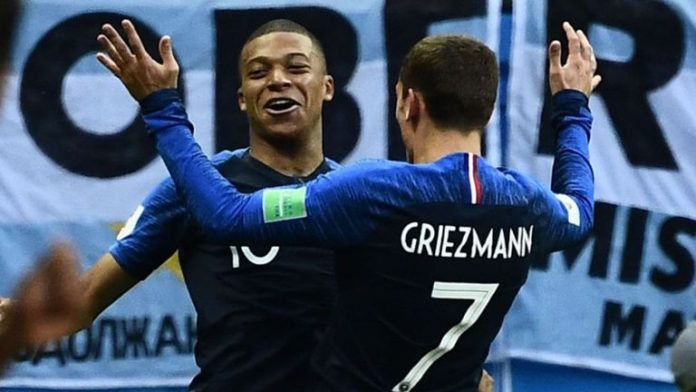 The knockout stage is underway at the World Cup in Russia and football’s biggest two stars are already on their way home.

Lionel Messi’s Argentina were outclassed by France in Saturday’s opening game, while Cristiano Ronaldo and Portugal were defeated by an impressive looking Uruguay side.

Over and out for star duo

Messi and Ronaldo have undoubtedly been the standout performers of their generation, yet only the latter has won a trophy on the interntational stage.

However, that shouldn’t detract from what the pair have acheived during their careers, although the debate about who is the better player will probably never be resolved.

Sergio Aguero admitted that Argentina’s World Cup exit will hurt Messi the most because of all the pressure on the Barcelona star’s shoulders.

“We are all hurting, especially Leo,” Aguero said. “He is, for sure, the one who is the most hurt because all the pressure is on him each time the national team plays.

“When we lose like this, there just isn’t much to say. We simply have to thank the fans who came here for their support.”

Ronaldo was coy about his future with Portugal after their defeat against Uruguay and it’s difficult to imagine the 33-year-old playing at the next World Cup.

“It’s not the time to talk about the future of the coach, the players, the squad, but rest assured that this national team will continue to be one of the best in the world,” he said.

“There is a fantastic group with enormous ambition that wants to succeed and I am very confident that the national team will continue to be at the highest level.”

France’s 4-3 victory over Argentina was a breathtaking match, but one player in particular announced his arrival on the world stage in stunning fashion.

Kylian Mbappe scored twice and his run for the first goal was reminiscent of Michael Owen’s effort against Argentina exactly 20 years ago.

Not since 1958, when the legendary Pele, then 17, found the net twice against Sweden in the final, has a teenager scored twice in a World Cup game.

However, the 19-year-old was quick to play down comparisons with the former Brazil star.

“It’s flattering to be the second teenager to score twice in a World Cup match after Pele, but let’s put things in context,” he said. “Pele is another category, but it’s good to be among these people.

“As I’ve already and always said, at a World Cup you have all the top-level players, so it’s an opportunity to show what you can do and what your abilities are. There’s no better place than a World Cup.”

Cavani injury a worry for Uruguay

Uruguay made a slow start to this World Cup, scraping past Egypt 1-0 in their opening game, but they have got stronger as the tournament has progressed.

Pepe’s 55th minute goal was the first conceded by Uruguay at the World Cup, while their striker partnership of Luis Suarez and Edinson Cavani is one of the best in Russia.

The two combined superbly for the opening goal and Cavani’s finish for his second of the game was brilliantly executed.

The 31-year-old exited the match with a hamstring injury and his presence against France next Friday could be crucial to their chances of making further progress.

Uruguay coach Oscar Tabarez said: “Cavani sustained an injury tonight and we will have to see how that evolves as it’s not clear at this stage how serious it is. But as always we will bank on the strength of our team as a collective.

“The distinctive feature of the game was the dedication the players showed on the pitch, and that is the way that we see football.

“It was difficult. Portugal had more possession and were often in our half of the pitch, and it would have been better for us to have more of the ball and play the game closer to their goal.

“But we have a very strong team in terms of our mindset and I am very happy.”