Newcastle United was thought to have outdone themselves when they finished on the 5th spot, one point ahead of UEFA Champions League champions Chelsea. Alan Pardew lead his side to a place in the Europa League play-off round, giving them a chance to achieve a feat that Fulham failed to a few years ago.

Frenchman Hatem Ben Arfa and the Senegalese forward Demba Ba have the chance to help Newcastle not only repeat what they achieved last season but also take it a step ahead with a successful European campaign.

Puma manufactures the sports goods for the St. James Park club and here is what they have prepared for the 2012/13 season:

The home shirt has black and white vertical stripes with a white collar. The sleeves are also striped. 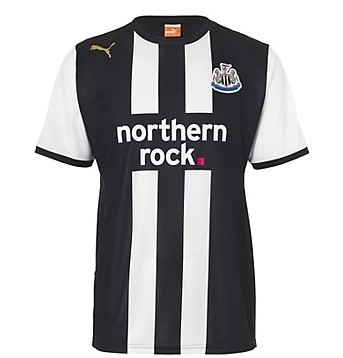 The away shirt is maroon with a black patch on the right shoulder, carrying the manufacturer logo. 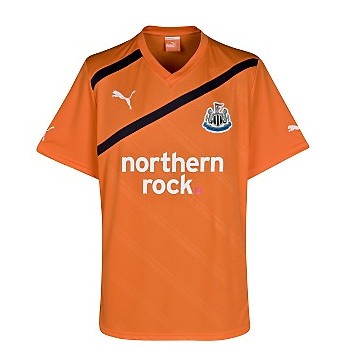