Inter are still the strongest team in Italy with five titles on the trot, but will Rafa’s approach to team management and tactics be successful in Serie A? 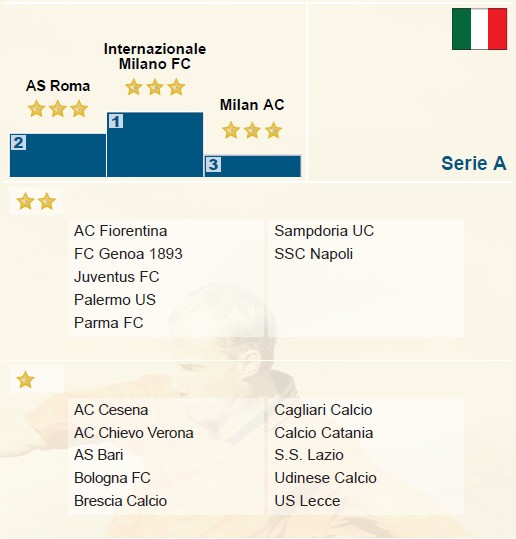 Of course, who else could it be. Rafael Benitez has replaced Mourinho but I’m sure in the circumstances Italian football is going through at the moment, Inter Milan seems to be the only shining star in Serie A.

AC Milan has acquired the services of Robinho and Zlatan Ibrahimovic but with Ronaldinho, Alexandre Pato and Filippo Inzaghi already present, did they really need two more strikers? Massimiliano Allegri took over the club this season and can he revive the legacy of Milan, is yet to be seen.

Claudio Ranieri’s AS Roma was second last season and the biggest names to be added this summer are the 28 year old Brazilian striker Adriano and the former Milanese striker Marco Borriello.