After the 2010 World Cup climaxed yesterday, we at Soccerlens thought it was high time to have a little look at those who, over the course of the tournament, have both transcended in the realms of the heroic and those who have swan-dived into the bowels of infamy.

Whether it be through outstanding individual displays, bouts of chest-swelling national pride and collective endeavours of superior technique or merely through wretched decision making, pig-headed image control and an overwhelming paucity of inspiration, here’s our round-up of the big winners and losers that the South African campaign has left in it’s wake.

As is fitting, we shall start with the winners.

Let’s get the obvious one out of the way first shall we? Vicente Del Bosque‘s side were of course the literal ‘winners’ of the World Cup, but the unwavering faith they displayed in their self-indulgent passing style throughout the tournament (even when faced with some frankly malicious opposition) is the real reason they are included on this list.

Yes, they struggled to convincingly assert themselves at times and yes, they were often convoluted to the point of distraction, but the fact that La Furia Roja provided nearly all of the World Cup’s moments of pure interplay perfection is inescapable. 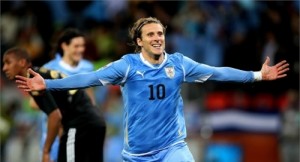 After another prolific domestic season in Spain, Uruguayan talisman Diego Forlan was carrying the weight of an entire country’s hopes and dreams on his shoulders going into the World Cup – and he lived up to the South American nation’s collective expectations admirably.

His strike partner Luis Suarez offered a sporadic helping hand or two here and there, but it was Forlan that came away from the tournament with a Golden Ball award under one arm and a five-goal haul under the other – both indicative of his instrumental role in La Celeste‘s ‘underdog’ run to a richly-deserved (all things considered) fourth place finish. 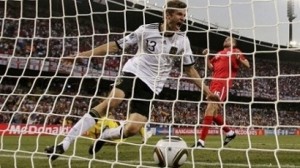 Many of Joachim Loew‘s young German side would be fit for inclusion on this list after their effervescent displays in South Africa, but there was one starlet that arguably shined just a little brighter than the rest – namely, five-goal hero Thomas Muller.

Muller’s mature performances in Die Mannshaft‘s attacking ranks belied his tender years and, despite tying at the top of the goal-scoring charts with established luminaries Wesley Sneijder, David Villa and the aforementioned Forlan, the 20-year-old forward sealed the Golden Boot award by virtue of his impressive tally of assists. 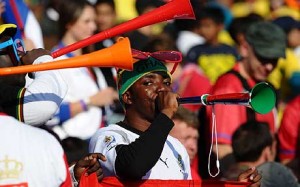 I can’t remember the last time a major tournament passed without any reports of crowd disturbance but, lo-and-behold, South Africa 2010 has been and gone without any inkling of hooliganism.

The vuvuzelas divided opinion like a hot knife through cold blancmange but, as the fixture list became increasingly diluted, the incessant bwaarp of the plastic horns became increasingly tolerable – and the strangely unique atmosphere they created is an undeniably idiosyncratic entity of the South African tournament.

There are plenty of now-exhausted cliches that I could trot out regarding the colour and the culture of the support on show at the Rainbow World Cup, but I won’t – let’s just say that is was thoroughly enjoyable from start to finish. 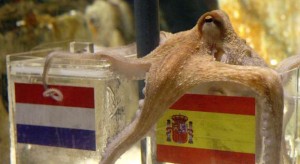 How could you draw up a list of World Cup winners without including the Kraken Orakle himself, Paul – the clairvoyant octopus that successfully predicted the outcome of all eight (each of Germany’s seven games, plus the final) of the ties he was quizzed over.

The mystic mollusk is now due to retire from the fortune-telling business with his peerless 100% record intact, according to an official statement made by the Sealife Centre in Oberhausen in which he resides.

And the monumentally wretched losers… 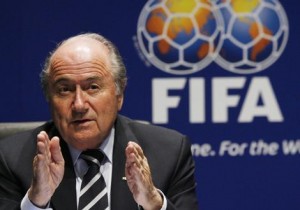 Whether or not South Africa has been buoyed with a new sense of national identity following the World Cup remains to be seen, but at the very least it is hoped that the economic boost provided by the influx of travelling fans will go someway to improving conditions in a country ravaged by the influence of apartheid.

However, one assumes that any of the socio-political implications left unresolved after the tournament bandwagon roll out of town will be of little consequence to FIFA, who have already made a completely tax-free £2 billion profit for staging the competition.

And what do you get for your money? The ailing, grieving 92-year-old Nelson Mandela being pestered into attending the final, 30-odd Dutch women in indistinct orange mini-dresses being thrown out of games, blatant nepotism regarding the re-sale of ‘hospitality tickets’…

Pigs. The lot of them. 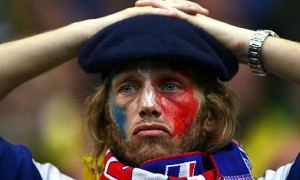 What can you say about Les Bleu‘s campaign that hasn’t already been screamed at television sets up and down the world over?

Raymond Domenech‘s side imploded after striker Nicolas Anelka was sent home for branding his incompetent coach a ‘son of a wh*re’, and their stint in South Africa ended with a parliamentary enquiry – via strike action and a finger-pointing debriefing with president Nicolas Sarkozy.

The fact that Algeria were the best French team at the World Cup speaks volumes. Pathetique. 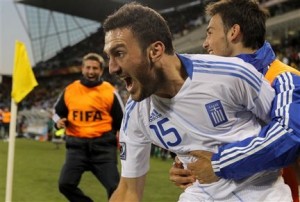 With so many of the supposed ‘lesser’ nations employing wily, experienced coaches, it came as no surprise that the sides that traditionally would have been naive and over-awed came into the World Cup with studiously drilled defensive tactics – set up keenly in the pursuit of ‘not losing’ rather than winning games.

Regardless of how technically adept your team (or your individuals) may be, it is down-right impossible to break down a crowded backline that consists of ten staunch players assembled along the edge of their own area.

It’s no coincidence that as these rigourously prepared outfits began to be eliminated the games began to open up – but even so, the football on show during the vast majority of the latter fixtures was far from inspiring. 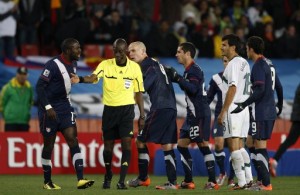 Uzbekistan, Malaysia, Mali, Seychelles and El Salvador. Not countries that are exactly famed for the high quality of their domestic football leagues – but that didn’t concern FIFA.

In the interests of blind international pandering, Blatter’s band of cronies assembled a rag-tag band of referees from around the world to officiate the biggest global event on the footballing calendar and, nearly to a man, each of the refs from the countries mentioned above dropped significant clangers in the games they were assigned.

Special mention must go to the Saudi Arabian official Khalil Al Ghamdi, who’s only correct decision during the game between Switzerland and Chile was to blow the final whistle after 90 minutes. 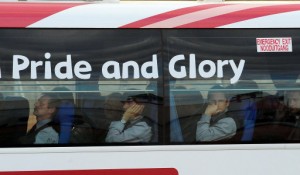 After weeks and weeks of insufferable guff spouting from the pages of the nation’s hyperbolic press, the English national football team well-and-truly burst the bubble with three-and-a-half woeful performances in South Africa.

An outdated system, a pompous air of self-entitlement and the obvious communication issues between the players and the management have all been blamed, but the crux of the dilemma is that the squad which was selected were not up to the task.

Coach Fabio Capello will continue at the helm, but the veteran Italian schemer and the FA have the mother of all rebuilding jobs (we’re talking grass-roots up) on their hands if they is to restore the antiquated fortunes of the Three Lions.

Dishonorable mentions must go to: