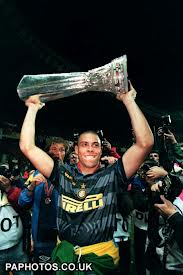 The UEFA Cup/Europa League has been under-appreciated for its entire existence. Here are 10 reasons why it is, in truth, more prestigious than the UEFA Champions League: 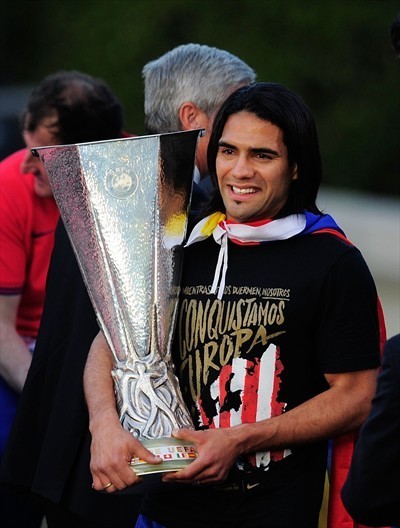 It is no coincidence that both of this summer’s biggest transfers, Edinson Cavani and Radamel Falcao, spent last season playing in the Europa League and have now garnered a combined €125 million in transfer fees. And if you think that surely the most expensive player after them must have played in the ‘superior’ Champions League – that player is actually Neymar. And when Gareth Bale’s €100+ million transfer to Real Madrid does indeed come to fruition, think about which European competition the Welsh wizard was playing in last season.

9. You need to win more matches 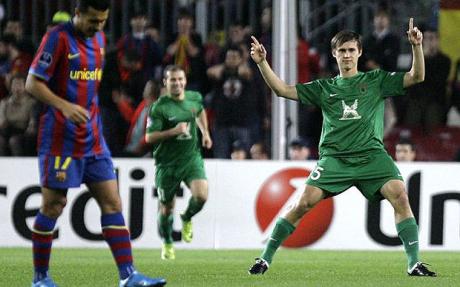 The Europa League is notoriously difficult to win – a team like Rubin Kazan, for example, would need to survive 21 matches to have a chance at winning this season’s tournament. In contrast, a club like FC Barcelona (who lost to Rubin in the 2009-10 group stages) would need only 13 games to win this season’s Champions League. The age-old argument is that you face stronger oppositions in the Champions League (not always true), but there can belittle doubt that the Europa League is the bigger test of a team’s depth.

8. Some even say it’s better than winning the World Cup 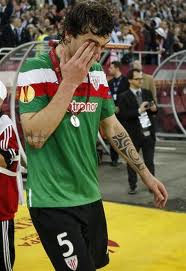 When Athletic Bilbao defeated Sporting Lisbon 4-3 on aggregate in the 2012 semi-finals, striker Fernando Llorente, then already a World Cup winner collapsed in tears, the first time he had ever cried during a football match. Those who have lifted both the European trophies often find winning the Europa League harder: Jose Mourinho admitted that the 2003 UEFA Cup campaign (where Porto barely scrapped though the quarter-finals and the final on extra time) was far more intense than the 2004 Champions League title that was theirs long before the final was over. His sentiment was echoed by goalkeeper Victor Baia, who along with other players knew that Porto will “clean-up” the Champions League field after beating Manchester United in the first knock-out round. 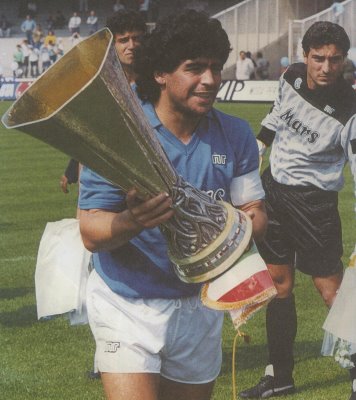 Diego Maradona. Luis Ronaldo. Lotthar Mathaus. Perhaps a list of the greatest players in the history of the game. Not a European Cup to their names, but all were UEFA Cup winners. There is an argument to be made that, as much as these players have had their careers enhanced by certain tournaments (i.e. the World Cup), on other times tournaments are made by the players that have won it. Is the European Cup the grandest stage in football if Pele has never even played in the competition? How can the European Cup be the biggest prize in football if it has never been lifted by the true greats of football? But the UEFA Cup has, at numerous points in football’s glorious history, been won by the likes Diego Maradona,  Dino Zoff, and Roberto Baggio. And Gianluigi Buffon, Hugo Sanchez, Gheorghe Hagi, Fabio Cannavaro… The list goes on. 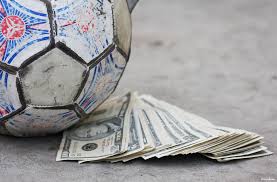 The prize money and broadcast rights are much higher in the Champions League. Good if you are running a club, but what does it mean for the fans? It means that more teams are in it for the money rather than having a good go at winning the title, which basically is what football is all about. Strange as it may sound, the lack of money in the Europa League means that teams are playing for sheer footballing reasons and glory – much like playing in the World Cup for your country, where few financial incentives are involved. The ludicrous amount of money in the Champions League means that many teams are happy just to be involved, play a few group matches and hopefully be back next year. There are few teams with a real chance of winning the tournament. Look at the Europa League and you will see a much more open field. You can more than tenfold your money by betting on the ‘favourites’ to win the tournament outright (which at the moment, seems to be Tottenham, Valencia and Fiorentina). This level of competitiveness is what we all love to see. 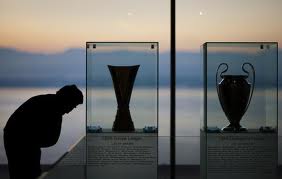 How ironic is it when the ‘tie of the round’ of the Champions League features the third-best team of a nation against the fourth-best (sometimes seventh-best) team of another? A famous example of this was the 2011-12 Champions League season – only two of the eight teams in the quarter-final were league winners (and one of them was the Cypriot Champion, APOEL Nicosia).   At least the Europa League doesn’t pretend to be anything it’s not. It does represent the cream of the footballing crop though – high achievers in domestic leagues, teams displaying the spirit of fair play, embodying sportsmanship and humanity of the highest level one could experience. Ahh, and champions – at least 56 of them would have played in the competition when the group stages start. That’s four more than the ‘Champions’ League I’m afraid. 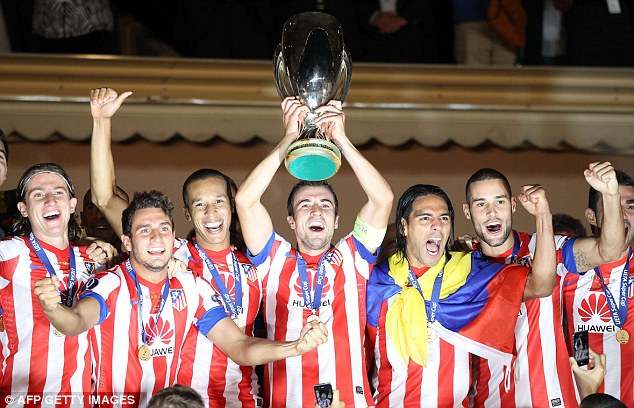 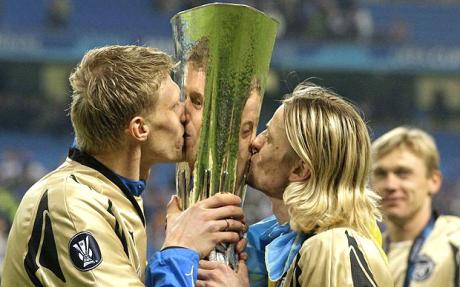 When it comes to trophies, most would agree that size truly matters. It’s the reason why the Henri Delauney trophy was remodelled (i.e. enlarged) to match the prestige of the European Championships. The same reason why league trophies are often larger in size than domestic cups, in order to reflect their relative importance. The Europa League trophy is crafted by the famous GDE Bertoni, who also produced the FIFA World Cup trophy. At 15 kilograms, it is by far the largest major international championship in football, towering above the likes of the Henri Delauney trophy and the World Cup (the European Cup is slightly taller, if only because of its oversized ears – but weights lighter at the same time).

2. The best team wins, more often than not 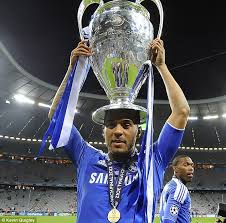 Despite the open nature of the tournament, in recent years, the Europa League have been rightfully won best team of the competition. The same cannot be said for the Champions League: take Porto in 2004 and more recently, Chelsea in 2012. It is not uncommon for a team to have a sub-par season and still win the Champions League – three of the last nine winners have finished outside the top 3 of their domestic league: Liverpool in 2005 (5th, 37 points off first place); Milan in 2007 (4th, 36 points off first place); and Chelsea in 2012 (6th, 25 points off first place). If we extrapolate the same conditions to the Europa League winners, we too get three such teams (Sevilla in 2006, Atletico Madrid in 2010 & 2012) even though the entry requirement is much lower for the Europa League. 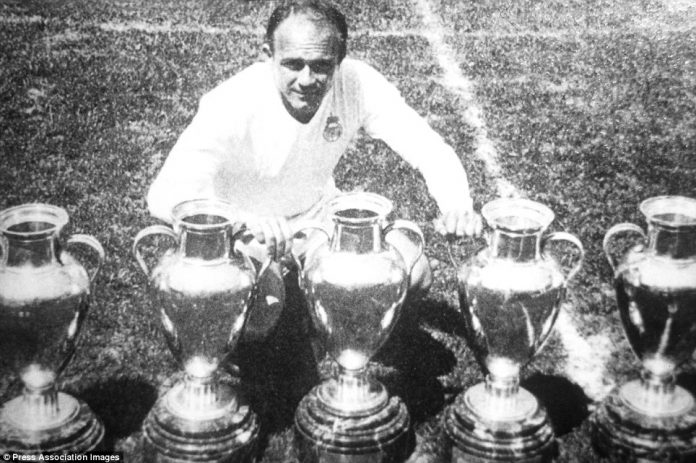 It’s never a good thing when a championship gets dominated by a club or two – like when Olympique Lyonnais won seven Ligue 1 titles in a row, or when the duopoly of Celtic and Rangers had a stranglehold on the Scottish Premier League, which has now officially been turned into a one-horse race. So when Real Madrid won the European Cup five times in a row between 1956 and 1960, one has to question the competitiveness of the tournament. No one team has managed to win the UEFA Cup for more than three times – an honour shared by Juventus, Internazionale and Liverpool. You can partly attribute this to the UEFA Cup being about 15 years younger, but it’s still unlikely that any club would have managed to accumulate nine titles, as Real Madrid did in the European Cup.