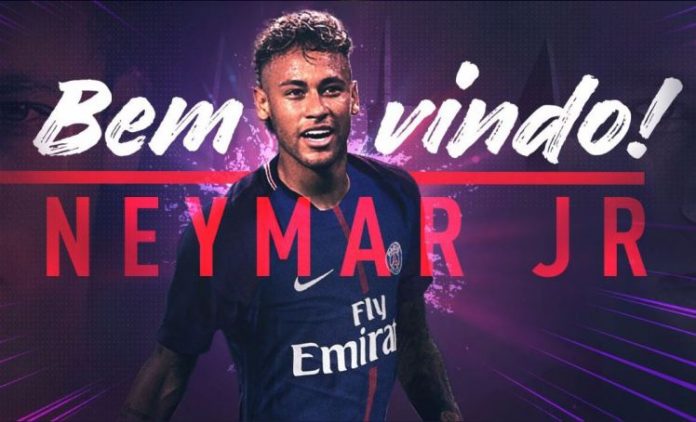 Neymar’s record-breaking £198 million move from Barcelona to Paris Saint-Germain has sent shockwaves through the world of football.

Questions over the size of the fee and what it means for the long-term future of the game have been asked, while many people have also debated whether it’s a good move for Neymar’s career.

The Brazilian’s switch from Santos in 2013 didn’t deliver immediate results for Barca, with the La Liga giants winning just the Spanish Super Cup during his first year at the Nou Camp.

With PSG likely to be expecting an immediate return on their investment, we take a look at ten of the biggest ever football transfers to see what impact the players had in their first season.

The French midfielder struggled to produce his best form on his return to Old Trafford, but gradually improved as the season went on.

United picked up three trophies, winning the Community Shield, EFL Cup and finishing off with an impressive victory over Ajax in the final of the Europa League.

Pogba’s 18th-minute goal set United on their way to a 2-0 success which secured their place in next season’s Champions League to crown a satisfactory first year.

The first half of his season was plagued by injuries, but he eventually found his feet to end the campaign with 22 goals and 16 assists in all competitions.

That tally included a wonder-goal to secure the Copa del Rey against Barcelona and the breakthrough goal in extra-time to put Madrid 2-1 up against city rivals Atletico in the Champions League final.

Madrid’s attacking trio of Bale, Karim Benzema and Cristiano Ronaldo finished the season with 97 goals between them. 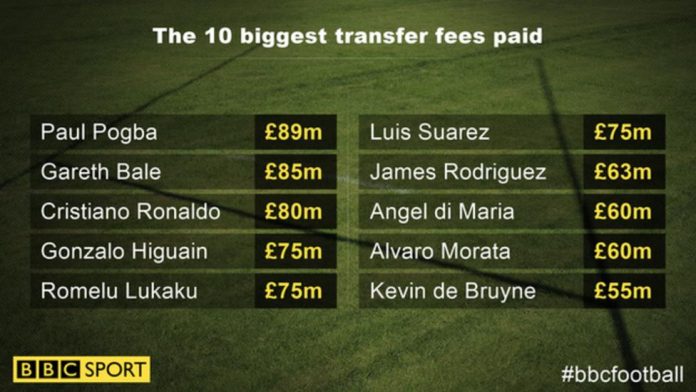 A return of 33 goals in 35 appearances represented success on a personal level for Ronaldo, but his efforts proved to be in vain as Madrid ended the season without a trophy.

Early exits from the Champions League and Copa del Rey were disappointing, while a 96-point total in the league was only good enough for second place behind Barca.

Ronaldo’s performances saw him secure second place in both the Ballon d’Or and the FIFA World Player of the Year awards behind Lionel Messi.

Higuain’s debut season with Juventus was an undoubted success, despite missing out on Champions League glory against Madrid.

The Argentine striker scored 32 goals in all competitions to help the Serie A side secure the domestic league and cup double.

He became the first player to score more than 20 goals in his debut season for the club since John Charles and Omar Sivori achieved the feat during the 1957/58 season.

2014/15 was one of the most successful seasons in the Barca’s history as they clinched the treble by winning La Liga, Copa del Rey and the Champions League.

Suarez was a big hit alongside Messi and Neymar, contributing 25 goals as they scored an unprecedented total of 122 in all competitions to become the trio with most goals in Spanish football history.

The former Liverpool striker was instrumental in Barca’s victory over Juventus in the Champions League final, putting his team back into the lead on their way to an eventual 3-1 victory.

James joined Madrid after impressing with Colombia during the 2014 World Cup in Brazil.

He had a disrupted first season with the club, spending two months on the sidelines after fracturing a metatarsal during a match against Sevilla.

James finished the year with 17 goals in 46 in all competitions, but with Barca claiming the treble Madrid’s investment in the midfielder failed to reap immediate rewards.

Di Maria lasted only a year at Old Trafford as he failed to get to grips with the Premier League.

He was voted by pundits and journalists to be the worst signing of the season as United failed to pick up a trophy.

Just four goals in 32 appearances was a poor return for a player of Di Maria’s ability and his subsequent transfer to PSG was probably the best move for all concerned.

Ibrahimovic spent just over twelve months at the Nou Camp, but in terms of team success it was a phenomenal year.

However, Ibrahimovic’s relationship with Pep Guardiola quickly deteriorated as he accused the Barca boss of sacrificing him to placate Messi’s wish to play more centrally.

“You bought a Ferrari, but you drive it like a Fiat” Ibra told Guardiola and he soon moved on to join AC Milan.

City won the League Cup during De Bruyne’s first season with the club, although the midfielder missed the final through injury.

Despite being out for two months, De Bruyne ended the campaign with 16 goals which included a stunning winner against PSG in the Champions League quarter-finals.

That goal took City through to the last four for the first time in their history where they were eventually defeated 1-0 on aggregate by Madrid.

Zidane’s addition to Madrid’s Galacticos era of global stars signed every year didn’t lead to immediate to success on home soil, with the club failing to pick up a domestic trophy.

However, his magnificent effort in Madrid’s 2-1 win over Bayer Leverkusen in the 2002 Champions League final is amongst the greatest goals scored in the competition’s history.

Zidane went on to establish himself as a legend in Madrid’s colours, perhaps highlighting that Neymar shouldn’t solely be judged on his first season efforts with PSG.