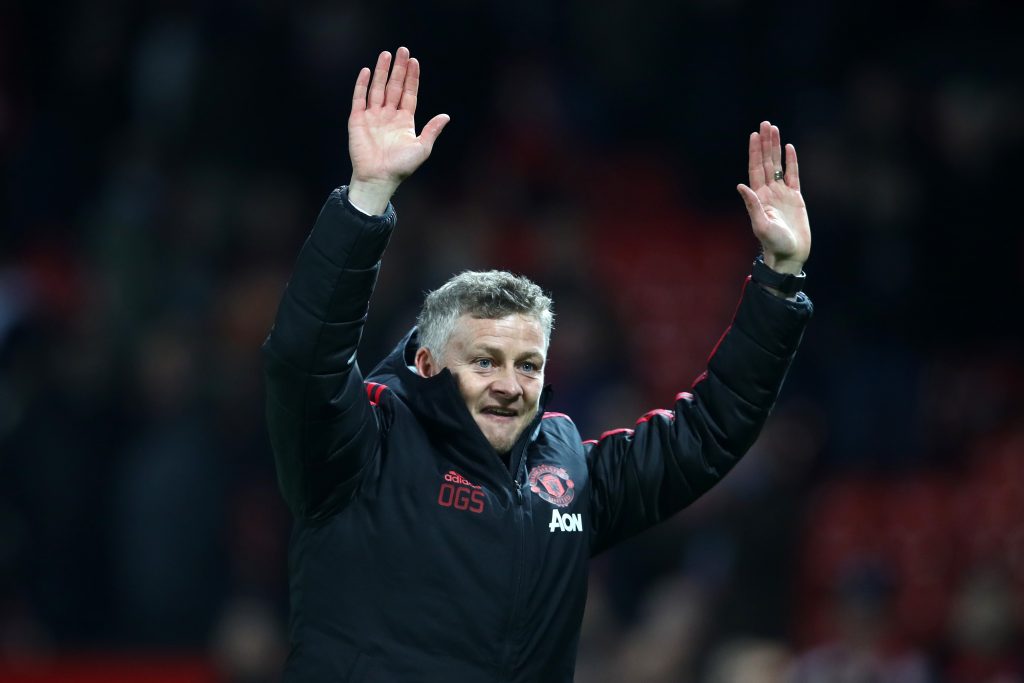 For 26 years, Manchester United were managed by one of, if not the greatest coach to ever touch the game.

You’d think that those who played under him would have picked up a thing or two from his tutelage, and gone on to be successful managers themselves. Well, football isn’t always that simple.

Wayne Rooney is the latest of Fergie’s disciples to take the leap into management, taking charge at Derby County.

How will he fare? I guess we’ll find out. But here is how other former Man Utd players have done during their managerial days.

Ole Gunnar Solskjaer took over at Old Trafford during a turbulent spell at the club, following the heavily divisive years under Jose Mourinho. The Norwegian came in with not much of a reputation to fall back on, having previously been relegated from the top flight with Cardiff City.

Just over two years on, Solskjaer may not have brought in any silverware, but he has got Man Utd back among the title contenders. His side currently sits top of the table, three points clear of arch-rivals Liverpool in second.

But the question still remains: is he actually a good manager? Like, really? No one can really give a definitive answer right now. Hopefully, we’ll have a clearer picture by the end of the season.

Nowadays, Gary Neville is one of the most entertaining pundits on TV alongside Jamie Carragher. In his coaching career, however, he was not so popular.

In December 2015, the former right-back took the reins at Valencia. His stint in La Liga was a total car crash. He managed just 16 league games for Los Murcielagos, picking up just 14 points and failing to keep a single clean sheet.

But his biggest humiliation came in the Copa del Rey semi-final against Barcelona. Luis Suarez bagged four and Lionel Messi added a hat-trick as Neville’s side lost 7-0. He was sacked not long after, spending only four months in charge.

In addition, he also had a spell working as Roy Hodgson’s assistant for England, overseeing the abject failures at the 2014 World Cup and Euro 2016.

Stick with Sky this time, Gary.

Phil Neville has had to spend his playing and punditry days in his brother’s shadow most of the time. When it comes to management, however, he has the upper hand.

The former Everton man helped guide England’s women to the World Cup semi-final, breezing past the likes of Scotland, Argentina, Japan, Cameroon, and Norway before being narrowly defeated by back-to-back world champions USA.

Things haven’t gone as smoothly since, as the Lionesses failed to defend their SheBelieves Cup title in 2020. Neville later confirmed that he would not be renewing his contract, which is set to expire this summer.

One of English football’s biggest journeyman managers, Steve Bruce is in the middle of his 11th coaching job.

This can be interpreted in one of two ways: either he’s good enough for clubs to keep taking him on, or not good enough to keep hold of his job.

His achievements are varied. He has achieved promotion to the top flight on four separate occasions, twice each with Birmingham City and Hull City – only Neil Warnock can match this.

However, the Englishman was also relegated with both clubs. Meanwhile, he is still yet to lift a trophy in his career, coming closest with Hull when he guided them to the FA Cup final.

Nowadays, Bruce is an unpopular figure at Newcastle United.

Another who is more famed for his career as a pundit, Roy Keane seemed like a natural fit as a manager, having achieved so much as captain of Man Utd during his playing days. There was even a time when Ferguson suggested the Irishman as his successor.

His early days were incredibly promising. His managerial debut came at Sunderland, who had lost their first four games of the Championship season when Keane arrived.

The former Nottingham Forest man soon turned this around, leading them to the title. He subsequently won the LMA Championship Manager of the Year award. He followed this up with survival in his first Premier League season.

However, he resigned not long afterwards due to differences with owner Ellis Short, and was later appointed by Ipswich Town. He lasted just over a year-and-a-half before being dismissed at Portman Road.

Since then, he has worked as an assistant at the Republic of Ireland national team, Aston Villa, and Nottingham Forest.

Keane’s methods were as harsh as you’d expect, really. It was even rumoured that Sunderland’s players celebrated when he left the Stadium of Light.

This may be hard to believe, but there is one man on this list who had a worse managerial career than Gary Neville. That man is Paul Scholes.

In February 2019, the former central midfielder was appointed by League Two side Oldham Athletic. He lasted just over a month before resigning, having won one of his seven games in charge.

The big Dutchman got his first taste of management as caretaker at PEC Zwolle, before leaving to coach Ajax’s second team.

In 2016, he was appointed as the manager of Reading. In his first season, he came desperately close to promotion, losing to Huddersfield Town in the play-off final on penalties.

The next season was not so successful, and he was sacked in March after guiding the club to 20th.

He returned to PEC Zwolle not long afterwards, before spells at Feyenoord and FC Cincinnati.

Another one of the famed class of ’92, Ryan Giggs’ managerial career is only just beginning.

Following David Moyes’ sacking back in 2014, Giggs took over on an interim basis for the end of the season, before later working as assistant to Louis van Gaal.

The former winger was appointed as Wales boss back in 2018. Three years on, the 47-year-old has guided his country to Euro 2020 qualification, as well as promotion in the UEFA Nations League.

Has Mark Hughes done well as a manager? Well, that really depends who you ask.

A Blackburn Rovers fan may agree that he’s a good boss. He helped the Lancashire side to European football, as well as three domestic semi-finals in his four seasons at Ewood Park.

Ask a QPR fan, however, and they would most likely call him a bunch of things that I wouldn’t be allowed to write. At the Rs, he squandered tens of millions on players who simply didn’t care for the club – a reckless period which is still hampering them today.

The Welshman also disappointed at Manchester City, where he was given an enormous budget following Sheikh Mansour’s takeover of the club.

He had four-and-a-half years at Stoke City, where he enjoyed some positive spells but ultimately got sacked after leaving the club in a relegation battle. His brief stint at Southampton gave similar results.

The most decorated manager on this list is French former centre-back Laurent Blanc.

His first managerial job came at Bordeaux, where he achieved incredible success. In his second season, he won the league and cup double, before reaching the Champions League quarter-finals the following year – defeating Bayern Munich and Juventus in the process.

After a somewhat underwhelming spell in charge of his country, the Frenchman returned to Ligue 1 at Paris Saint-Germain. It was here where he won eight trophies in three seasons, including two domestic trebles.

However, the owners were unimpressed with his failure to get past the quarter-final stage in the Champions League, and he left the club by mutual consent.