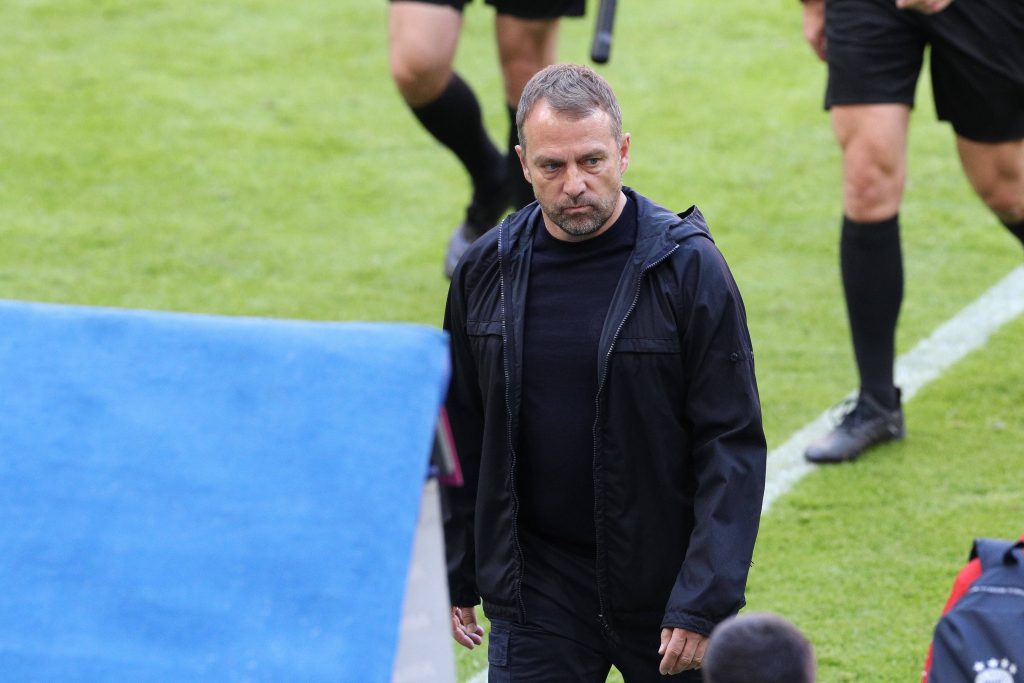 Flick was appointed as Bayern Munich manager in November 2019 on an initial interim basis, following the departure of previous manager Niko Kovac.

He exceeded all expectations during his first season in charge, winning all three major trophies available to him.

This season, things haven’t been as successful. The Bavarians remain in the driving seat for a ninth successive Bundesliga title but have been eliminated early in the Champions League and DFB Pokal.

Last week, it was reported that the 56-year-old was set to leave the Allianz Arena and take over from Joachim Low at the German national team after this summer’s European Championships.

Bayern Munich legend Lothar Matthaus has stoked these rumours, claiming that he will accept the job at the end of the season.

Speaking to Sky Germany after Bayern Munich’s Champions League exit to PSG, as quoted by the Mirror, Matthaus said: “That was Hansi Flick’s last Champions League game as coach of FC Bayern.

“He is first choice at the DFB to succeed Joachim Low. He will accept the offer in the summer.”

Flick has experience working with the national team before, having been Low’s assistant from 2006 to 2014. During this time, Die Mannschaft won one World Cup and reached the semi-finals of every single tournament.

His potential appointment could be good news for Thomas Muller, who has been excluded from the squad by Low despite his incredible performances in recent years.

The midfielder has been extremely influential at club level since Flick took over and would surely be in line for a recall.

As for replacements, it is unclear who the next man in charge would be at the Bundesliga giants. RB Leipzig’s Julian Nagelsmann is the favourite for the job, while Liverpool’s Jurgen Klopp has also been suggested.