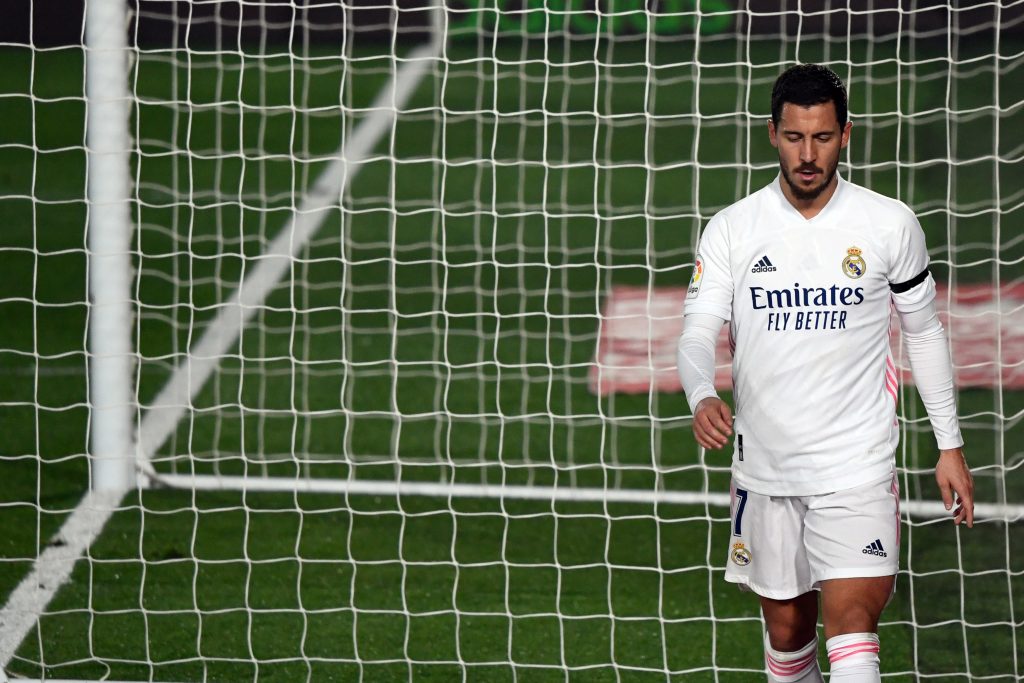 Real Madrid boss Zinedine Zidane has leapt to the defence of superstar Eden Hazard after he put in another underwhelming performance on Thursday.

Hazard signed for Madrid in the summer window of 2019 for a club-record fee following seven stellar seasons at Chelsea. Upon his arrival, he took the iconic number seven shirt, previously worn by the likes of Cristiano Ronaldo and Raul.

However, the Belgian hasn’t managed to reproduce the form he showed in the Premier League, scoring just three goals in all competitions for Los Blancos. A recurring ankle problem has proven to be a hindrance on his career in Spain.

On Thursday evening, the 30-year-old came under fire for another uninspiring performance against Athletic Bilbao as Los Blancos missed the chance to reach the final of the Supercopa de Espana, falling to a 2-1 defeat.

Manager Zinedine Zidane has come out in defence of the winger, urging fans to be patient with him.

As quoted by the Daily Star, Zidane said: “He (Hazard) needs to recover confidence, play a great game or score a goal, just to do something different. We know what a great player he is and we need to be patient with him as he is working hard.

“We are behind him and we must give him time. The fans want to see the best version of Eden so we must be patient. We’re sticking with him and he really wants to step up. But today it wasn’t just Eden, we’re all in this together.”

Hazard was part of the Madrid side that lifted the La Liga trophy last season, helping to dethrone Catalan giants Barcelona.

However, last season’s champions will have to step things up if they are to defend their title. They currently sit in second place, four points behind local rivals Atletico Madrid having played two games more.

Thursday’s defeat in the Supercopa de Espana was a big missed opportunity to get some silverware in the cabinet. Opponents Athletic Bilbao will face Barcelona in the final. La Blaugrana defeated Real Sociedad in the semi-finals via a penalty shootout.