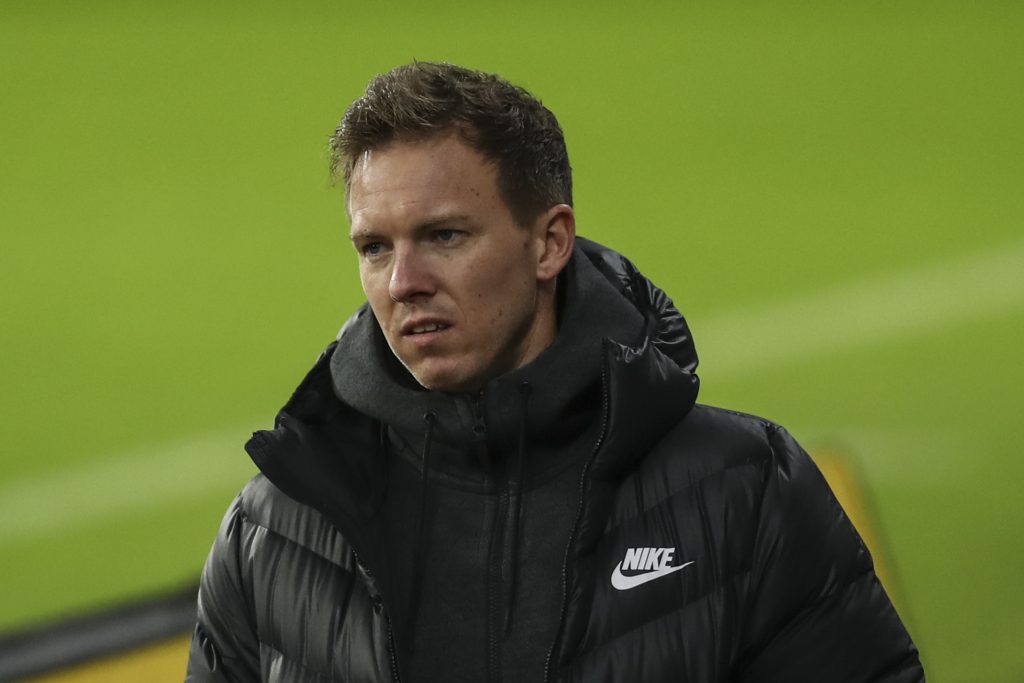 RB Leipzig manager Julian Nagelsmann has come out with some fighting talk ahead of the impending Bundesliga title race.

Die Roten Bullen are currently in second place, four points off Bayern Munich at the top of the table. Also in the title race are Bayer Leverkusen and Borussia Dortmund in third and fourth respectively.

Recently dropped points against Wolfsburg and Dortmund have seen Leipzig lose ground on the Bavarians. However, manager Julian Nagelsmann has insisted that his side will push Bayern all the way to the wire this season.

Speaking ahead of Saturday’s fixture against Mainz, as quoted by the Express Tribune, the 33-year-old said: “We are still within striking distance (of Bayern) and want to keep attacking.”

Leipzig are still looking for the first piece of silverware in their history. They came closest in the 2016/17 and 2018/19 campaigns, first finishing second in the league, then losing in the final of the DFP Pokal – both times losing out to Bayern. Nagelsmann’s side also reached the Champions League semi-finals last season, before being knocked out by Paris Saint-Germain.

Toppling Bayern would be an incredible feat. The Bavarians have won the last eight Bundesliga titles in a row; aside from in the 2018/19 campaign, all of these titles were won by a margin of at least ten points.

However, Hansi Flick’s treble winning side aren’t looking as strong this time around. You’d have to go back to October’s 5-0 win over Eintracht Frankfurt to find the last time Bayern won a league game by more than one goal without falling behind.

Flick has admitted his concerns about their recent form, stating that “it’s been a long time” since they comfortably won a game.