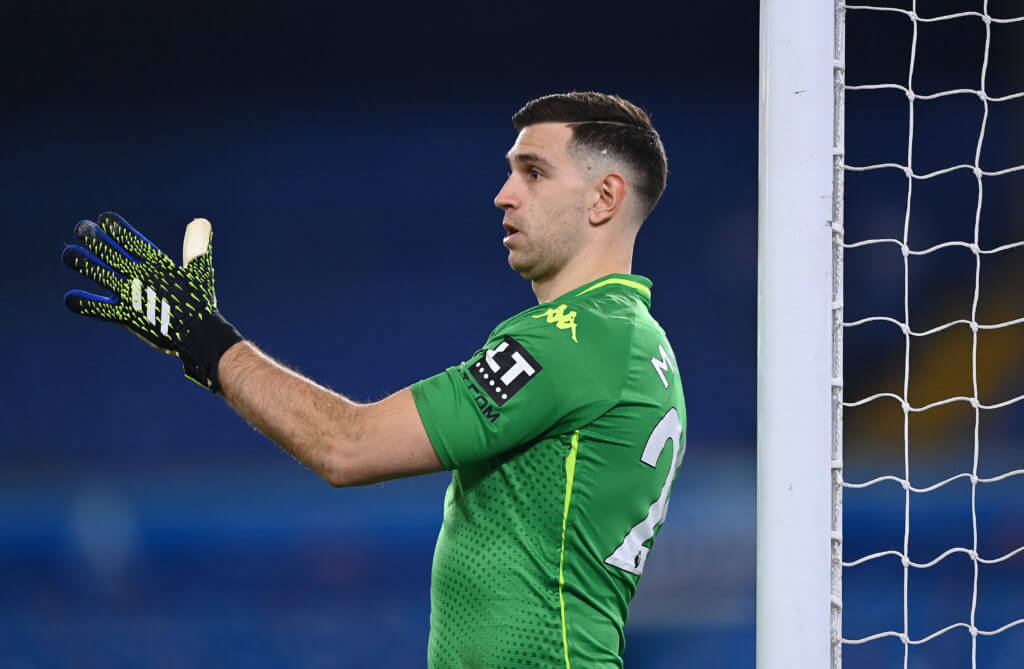 Aston Villa are braced for a big-money offer for goalkeeper Emiliano Martinez amid interest from Manchester United, Football Insider reports.

The Argentine stood out for Arsenal during the final months of last season after an injury to Bernd Leno, but he left the club last summer after he was not assured the number one role.

Villa signed him for around £17 million, and he has proved a wonderful recruit with his outstanding reflexes in goal. Over the course of the league season, he has kept 14 clean sheets to help Villa to 11th in the standings.

It is now reported that the Midlands outfit are preparing to field a ‘monster offer’ for the 28-year-old.

United are the most interested club as they look to find replacements for David de Gea and Sergio Romero, who will be out of contract in June.

Martinez barely played for the Gunners during his decade-long stay, but his standout performances in the back end of the campaign earned him a move to the Villans, where he has proved his credentials.

The Argentine has been kept busy between the sticks this term, making 107 saves from 139 shots on goal. That constitutes a save percentage of 78.4, which is more than any other keeper in the top-flight.

United are reportedly looking to part company with de Gea as they look to reduce his £350,000-a-week salary from their wage bill.

Dean Henderson seems to have established himself as the first-choice goalkeeper for the league games.

Martinez would be a quality addition to the club’s ranks, but the shot-stopper may not be content playing second fiddle to Henderson, having left the Gunners for a similar reason last summer.

Read: Manchester United in talks to buy a football club and relocate them.