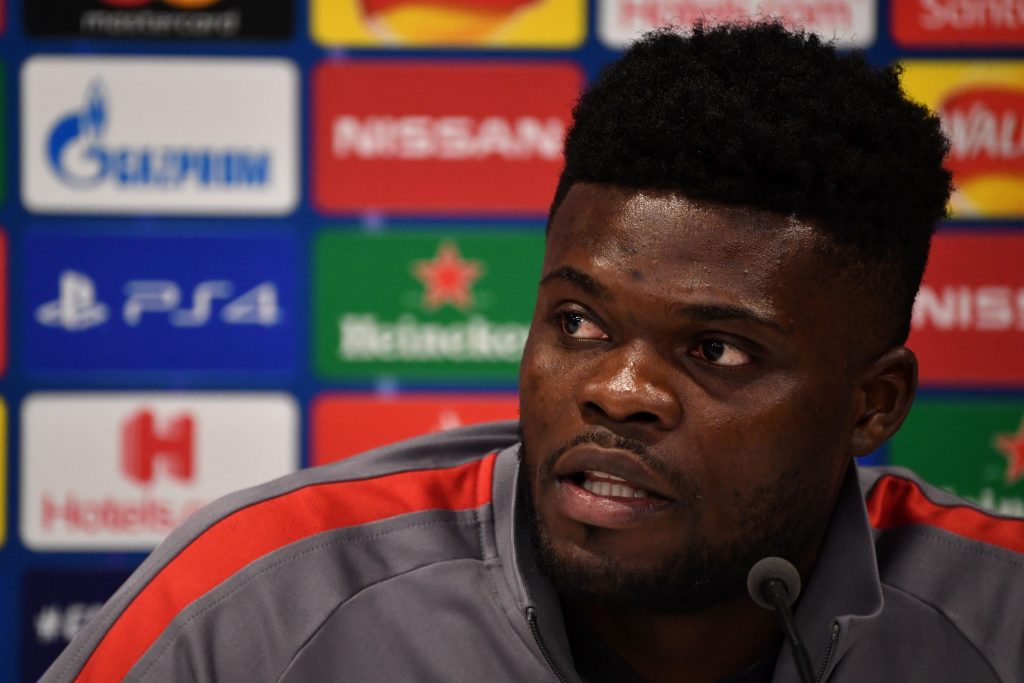 Arsenal’s hopes of using Alexandre Lacazette as a makeweight in a deal to sign Thomas Partey from Atletico Madrid appear to have hit a stumbling block.

The La Liga club are believed to be willing to sell the midfielder, but their current financial situation leaves them favouring a straight cash deal.

Atletico had been linked with Lacazette, sparking talk that he could be used as a makeweight in the Gunners’ bid to secure Partey’s services.

However, Spanish football expert Graham Hunter believes that Arsenal will need to meet Partey’s £43.5 million release clause in order to sign the player.

“Atleti are currently outside of the top four only by a point, but to not get into the Champions League next season would be very debilitating for the club financially,” he told Sky Sports.

“There’s a need for goals, but whether Lacazette has all the requisites and the right age profile is questionable.

“If you look at the majority of strikers they’ve purchased in their recent history, they tend to be in their very early 20s and they pick well.

Lacazette has got the talent and the pace, there’s no question about that, but whether he’s what Atleti need right now with his salary, I’d be a little unsure.”