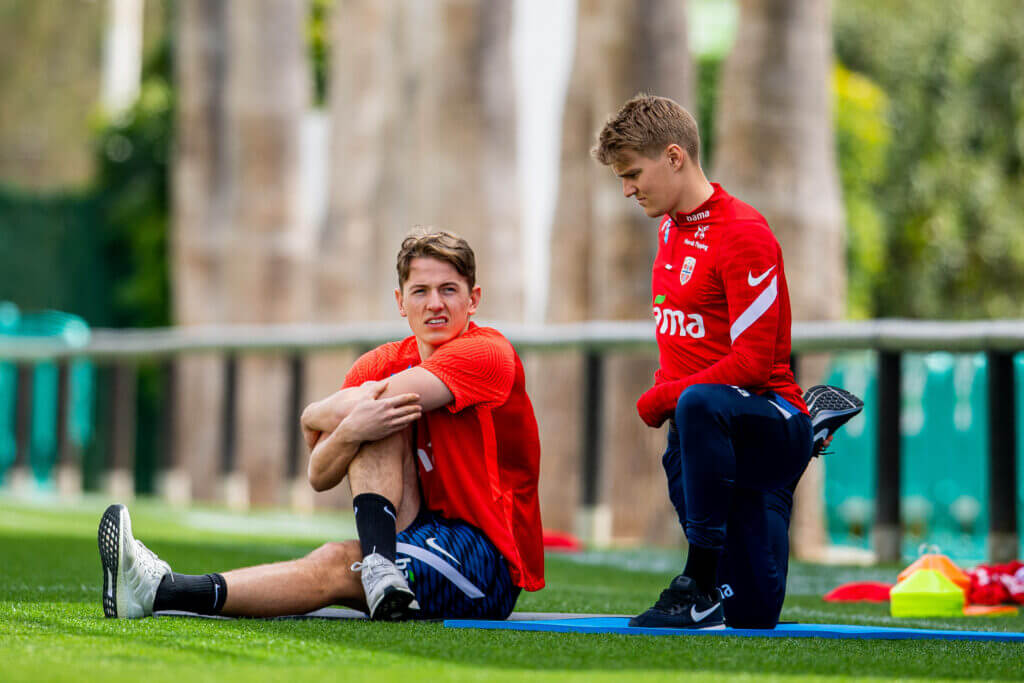 Sheffield United interim manager Paul Heckingbottom is hopeful that Sander Berge will remain at the club beyond the summer.

The Norwegian international has been heavily linked with a move to Liverpool this summer, but Heckingbottom expects him to stay put.

The Blades will play in the Championship next season, and doubts remain about whether the 23-year-old midfielder will continue at the club.

Back in March, Eurosport claimed that Liverpool are considering a summer move for the Norwegian midfielder.

Berge joined the club from Genk in the January transfer window of 2020 for around £22 million, becoming the club’s record signing.

He impressed in his early days at Bramall Lane as the Blades finished in ninth place.

According to a recent report from The Sheffield Star, the club are looking for a fee of around £28-30m, but Heckingbottom’s comments suggest that Berge could remain at Bramhall Lane.

Heckingbottom told Yorkshire Live:  “That will be out of my hands, maybe out of the club’s hands and maybe out of Sander’s hands, we don’t know, but certainly expecting him to be, yes.

“He’s our player, contracted and what a player he would be for us as well to help us get back into the Premier League.”

Liverpool will need to bolster their midfield if Dutch midfielder Georginio Wijnaldum departs this summer.

“The 30-year-old is out of contract in the summer and has been heavily linked with a move to Barcelona.

In other news, Xherdan Shaqiri is keen to leave Liverpool to secure regular playing time.