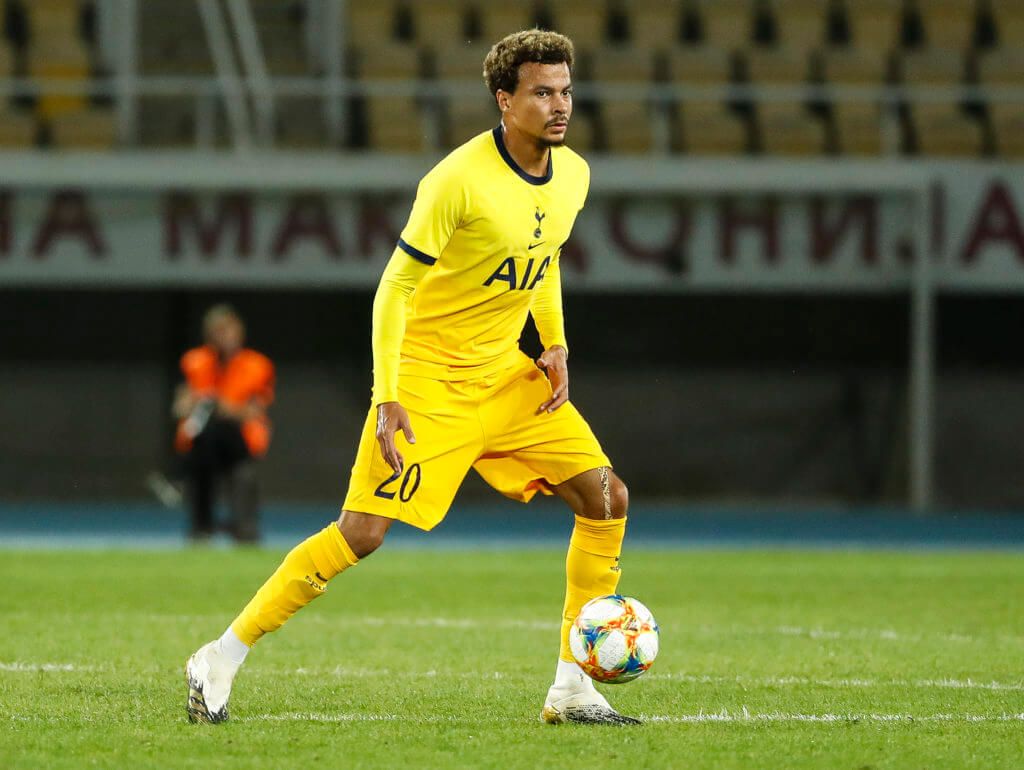 Tottenham Hotspur attacking midfielder Dele Alli has been constantly linked with a move away from North London in recent days, with Paris Saint-Germain reportedly keen on signing him.

The England international has been omitted from four of Spurs’ last five matchday squads, and it remains to be seen if he will be included in the ones for today’s Europa League play-off against Maccabi Haifa and Sunday’s Premier League clash at Old Trafford against Manchester United.

Despite his incredible return of six goals in nine appearances against Chelsea, Dele wasn’t part of boss Jose Mourinho’s squad for Tuesday’s derby in the League Cup last-16.

According to The Athletic’s Charlie Eccleshare, the Portuguese felt that his head had been turned by links with a move away from Tottenham in the build-up to the game, with a source tagging the reports “a major distraction”.

Mourinho reckoned there had been more focused players in the squad who were more deserving of a place in the squad and the starting eleven.

Dele’s performance against Shkendija in the Europa League qualifier last week didn’t help, and he was taken off with 30 minutes left to play as the head coach wasn’t pleased with his concentration level.

While Mourinho would be open to Dele being loaned out and the player has been interested in a move away in order to play more regularly ahead of next summer’s European Championship, Spurs chairman Daniel Levy desires to keep hold of him, and he is expected to remain at the club beyond this summer as no concrete bid has been tabled for him.