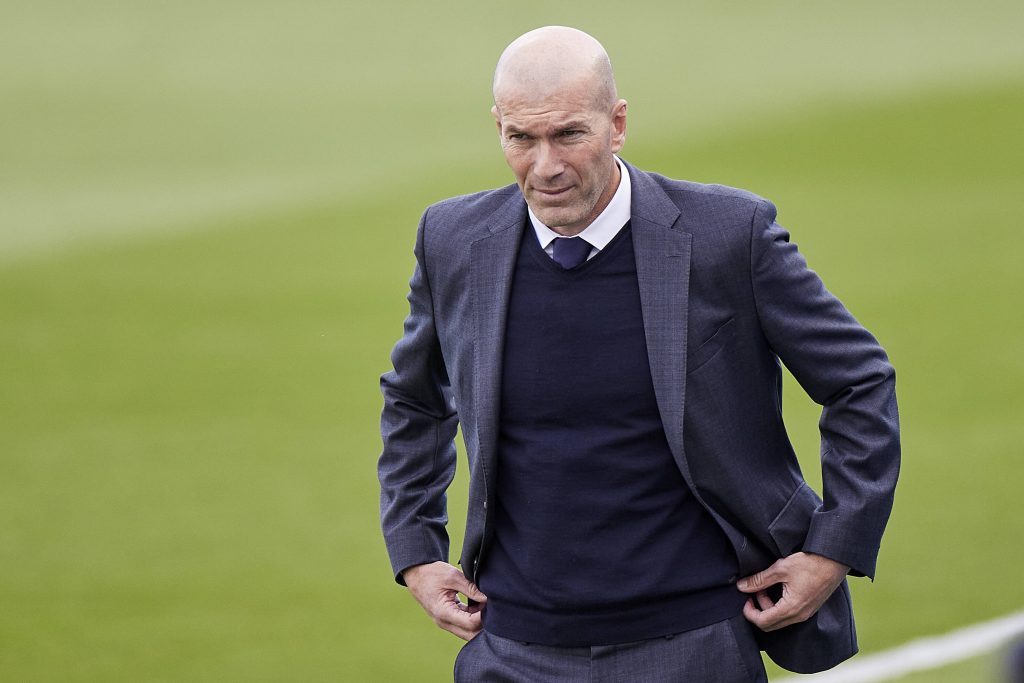 The Frenchman returned to Los Blancos as manager in March 2019 and guided them to the La Liga title after a three-year wait last season.

The Madrid giants failed to defend their title this term, as rivals Atletico were crowned champions with a slender two-point gap at the top.

There were suggestions that Zidane could move on regardless of how the campaign ends, and it is now claimed that he has decided to part company.

No official statement has been released by the capital outfit, but Romano reports that Zidane is ‘100%’ leaving with an announcement expected soon.

Real Madrid and Zinedine Zidane will both publish an official statement in the next hours/days to announce that they’re parting ways. Zidane is 100% leaving. ⚪️⏳ #Real

Real Madrid are in direct contact with Allegri since March but he’s now in talks with Juventus and Inter too.

Massimiliano Allegri has been touted as the favourite for the job recently, with reports emerging that he had already held talks with club president Florentino Perez.

However, there appears a new twist to the story, with both Juventus and Inter Milan also in contact with the 53-year-old, who has won five Serie A titles as a manager.

Juventus are assessing the future of manager Andrea Pirlo. They have confirmed the exit of sporting director Fabio Paratici, and Pirlo could follow him through the exit door.

Zidane is an option for the Turin giants, but the prospect of re-signing Allegri, one of their most successful managers, could be hard to turn down.

Despite their title success, Antonio Conte left Inter as he was not convinced with their transfer strategy for this summer’s transfer window.

They are also looking for a new head coach, and Los Blancos will need to act fast to secure the services of Allegri, who has been on their radar since 2018.