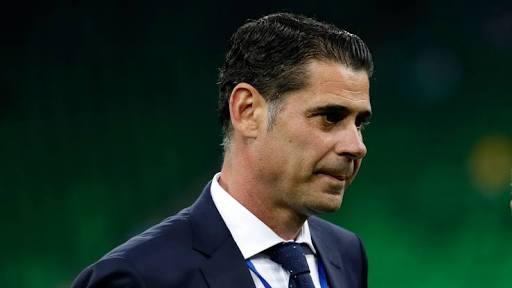 After so much conjecture and anticipation, the 2018 World Cup is finally here, with hosts Russia to start the tournament against Saudi Arabia later today.

The home side have been abject in pre-tournament friendlies, with limited expectations over what they can achieve – but the Russians have Jose Mourinho’s backing to win their first game.

Elsewhere, British hooligans have been blocked in their attempts to make it to the tournament and Spain (and the world) is still in a state of shock after the sacking of Julen Lopetegui.

‘Huge pressure’ on Russia to deliver

With the eyes of the world watching, competition hosts Russia will hope for a morale-boosting win over Saudi Arabia in Moscow on Thursday.

The problem is that the team are in transition and have been consistently poor over the last few years.

In the Saudis they have a modest opponent to start the tournament against but there is pressure from the home supporters for Russia to start the competition with three points.

Manchester United manager Jose Mourinho, who is working as a pundit for Russia Today over the summer, has predicted a home win.

“Huge pressure for Russia,” he said.

“They start the World Cup at home, the world is watching them, it’s a big chance to qualify, to beat a Saudi Arabia team that despite some good talent is a naive team.

“(It) is a team from a different reality – and Russia has to win it.”

Among the millions of people focusing on the tournament, US Anti-Doping Agency chief executive Travis Tygart is among them – he will be paying specific attention to the home team after other Russian sports sides have been apprehended and punished for doping in recent years.

“Russia should not be hosting the World Cup because they have clearly violated the rules,” he told the Guardian.

“Unfortunately the weak and political decisions made in dealing with Russia have caused a lot of people to ask that question. We can’t be naive when it looks like you can steal and not be held accountable.”

Away from the action, there is real concern that anti-social behaviour and violence could blight the tournament – especially after clashes between Russian and British fans at Euro 2016.

However, a considerable amount of potential troublemakers have been blocked in their attempts to travel to the World Cup.

The Home Office has confirmed 1200 hooligans with a history of football-related disorder have been prevented from travelling to Russia, with police involved in an operation to prevent British troublemakers from going to the tournament.

Shortly after news broke that national coach Julen Lopetegui had accepted a deal to take over at Real Madrid at the World Cup’s culmination, the Spanish football authorities took definitive action on Wednesday – and sacked him.

The decision has sent ripples through the world game, with the 2010 champions thrown into disarray days before the competition begins.

Fernando Hierro, who has never coached at the top level, has stepped into the breach to lead Spain to the tournament – and has remained buoyant ahead of his side’s opener against Iberian rivals Portugal on Friday.

“We’ve come to fight for the World Cup – the team is excited,” he said.

“We have a great opportunity and that should be the focus.

“The message from the team was fantastic. If I were not convinced of our aspirations, I would not be here. The key will be to change as little as possible.”

Make sure you have entered the Sportslens Predictor competition before the action starts – you could win a 50-inch TV!