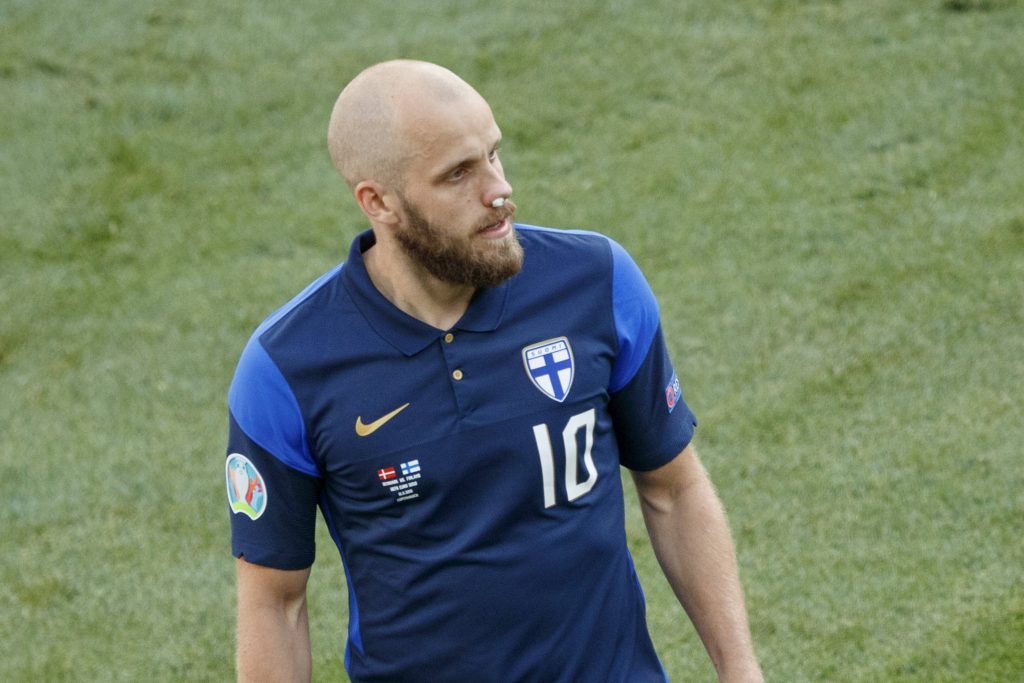 Finland and Russia are set to exchange tackles at the Krestovsky Stadium in their second Group B fixture of Euro 2020 on Wednesday.

The two teams experienced contrasting fortunes on the opening day of the tournament.

While Finland’s hopes of miraculously progressing from the group stage received a massive boost with a win over Denmark, Russia were dismantled by Belgium on Matchday 1.

Finland defeated Denmark 1-0 in their first-ever match at a major international tournament, though that game will be remembered for a completely different reason.

Bayer Leverkusen forward Joel Pohjanpalo scored the only goal to give his side’s an unexpected hope of making it out of Group B.

The 26-year-old became only the third player in the country’s history to have scored 10+ goals for the national team, along with the legendary Jari Litmanen and Teemu Pukki.

Despite failing to score at his tournament debut, the Norwich City star remains Finland’s headline performer and is only two goals short of equalling Litmanen’s record.

Pukki has racked up 30 international goals so far, and the nation’s hopes of advancing to the next stage will rely on his performance against Russia.

Russia began their Euro 2020 journey with a whimper rather than a bang, going down 3-0 to one of the tournament favourites, Belgium, in their Group B curtain-raiser.

The Sbornaya head coach Stanislav Cherchesov made an unusual decision by subbing off Valencia’s Denis Cheryshev in the 63rd minute despite introducing him midway through the first half.

Russia’s standout players Artem Dzyuba and Aleksandr Golovin both had a quiet evening. The duo will have to improve against Finland for the Russians to return to contention for a top-two finish.

Yuri Zhirkov, who also had to leave the pitch prematurely with an injury, made history on Matchday 1. He became the old player ever to appear at the European Championship tournament at the age of 37.

A victory against the nordic minnows is a must for Russia as they hope to reach the Euro knockout stages for only the second time since the dissolution of the Soviet Union.

Except for a 2-1 loss at the 2012 Olympic Games, Russia have won each of their remaining four international fixtures against Finland by an aggregate score of 15-1.

Indeed, the Russians have been ruthless against this opposition, netting 3+ goals in each of their last four meetings across all competitions.

The last time Finland had scored a goal against Russia was in 1995.