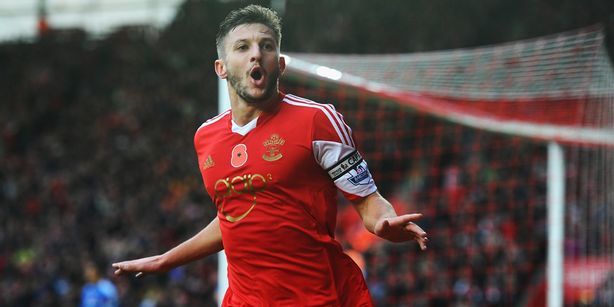 As far as World Cup 2014 predictions go, Southampton midfielder Adam Lallana’s inclusion in the England squad for this summer seems certain, with his manager Mauricio Pochettino now claiming that the 25-year-old would be good enough to get into the Spain side!

Likening the Saints captain to Barcelona trio Xavi, Iniesta and Fabregas, Pochettino clearly enjoyed Lallana’s performance during his side’s 4-0 win over Newcastle on the weekend, with fans and pundits alike calling for the midfielder to be given assurances over his place in the squad for the World Cup.

“There is no other English player like Adam. He is special.” Pochettino said, as quoted by the Daily Mirror,

“I’m always telling him he has the characteristics of a Spanish player and he has the skills of Iniesta, Xavi or Cesc Fabregas. That’s how good he is.”

England boss Roy Hodgson will name his final 23-man squad for this summer’s tournament mid-May, and Lallana has forced himself into contention over the past few months with a number of stunning showings in the heart of the Southampton midfield. He now looks certain to fly out in June, with the 25-year-old receiving backing from across the country.

England’s chances at the World Cup this summer may look slim, considering the strength of the favourites, but if the likes of Rooney and Sturridge can hit form in Brazil, all World Cup predictions might go straight out the window! Especially if Adam Lallana can continue produce the goods!