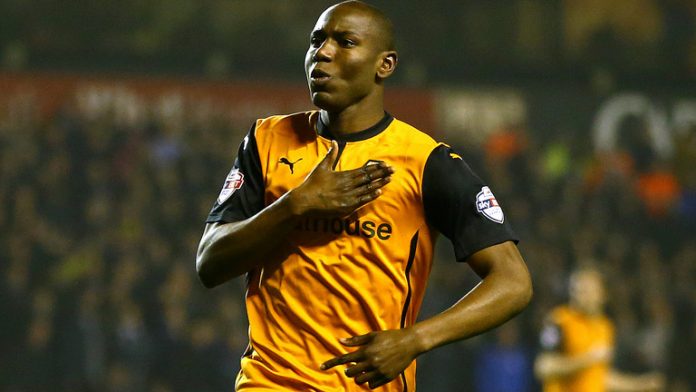 Wolves are set to sign Benik Afobe and Willy Boly on permanent deals at the end of this season.

According to reports, Afobe will join the newly promoted outfit for a fee of £10m. Meanwhile, Wolves are also looking to exercise their option to buy Boly.

The Championship giants have secured promotion to the Premier League and they are ready to splash the cash on Boly and Afobe now.

Afobe joined Wolves on loan in January and he has managed to score five times since then. He managed to impress during his first spell (14/15 and 15/16 seasons) at the club as well.

The 25-year-old striker has failed to impress at Bournemouth since his £10 million move in the January of 2016 and the Cherries will look to cash in on him.

The former Arsenal striker has shown that he is comfortable playing for Wolves and a return to Molineux could be the best solution for him this summer.

Meanwhile, Boly is likely to cost around £10m as well. The Porto defender has been a key player for Nuno Espirito Santo this season and the fans will be delighted to see him stay on a permanent basis.

The likes of Leo Bonatini and Alfred N’Diaye could be signed up on permanent deals as well.