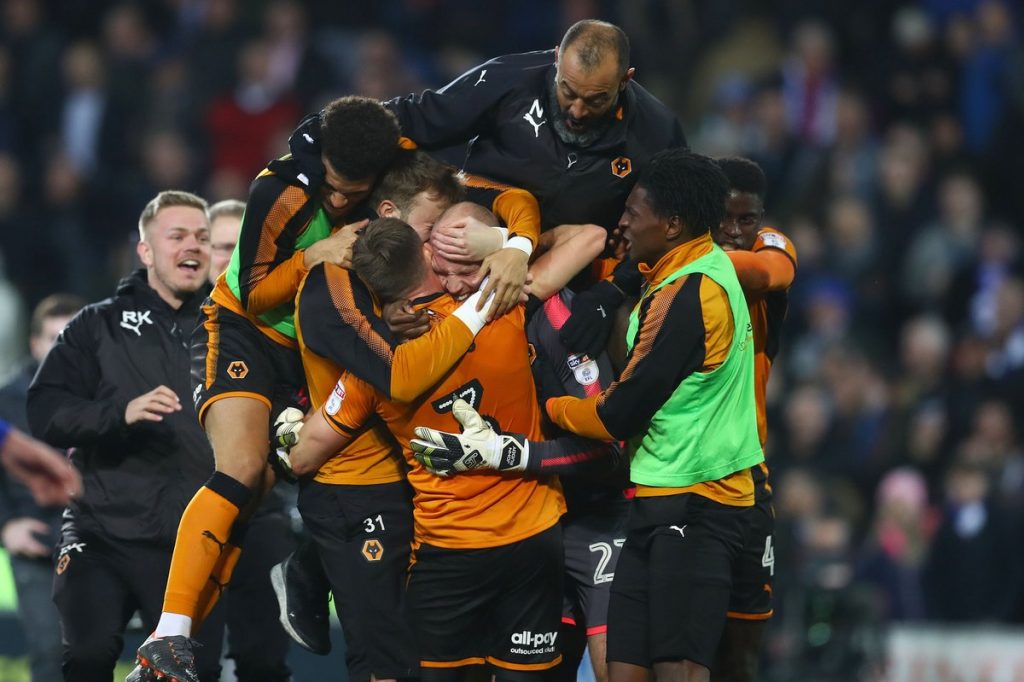 Wolves picked up a vital 1-0 win over Cardiff City yesterday and the Molineux outfit need two more wins to secure their place in the Premier League next season.

The hosts missed two stoppage-time penalties in a dramatic encounter between two of the best teams in the league.

Wolverhampton midfielder Ruben Neves scored an exceptional free-kick in the second half to give his side the lead.

Cardiff had their chances to equalise and then win the game. However, a brilliant save from John Ruddy denied Gary Madine in injury time.

The drama was far from over as the hosts were awarded a second penalty in the dying seconds. Junior Hoilett smashed his spot-kick against the bar.

Wolves are now nine points clear at the top of the table and Nuno will be delighted with his side’s performance in a huge game.

Cardiff are currently five points clear of Fulham and they cannot afford to keep dropping points if they want to secure automatic promotion to the Premier League.

Here is how the Wolves fans reacted to the win over Cardiff.

Thank you one and all for a beautiful, magical away day yet again ❤

Yesssss!!!! Huge result!!! Title has got to be ours now! That was a crazy end to the game, cheery on top was seeing Warnock in tears!!!! ????? #WolvesAyWe #WWFC