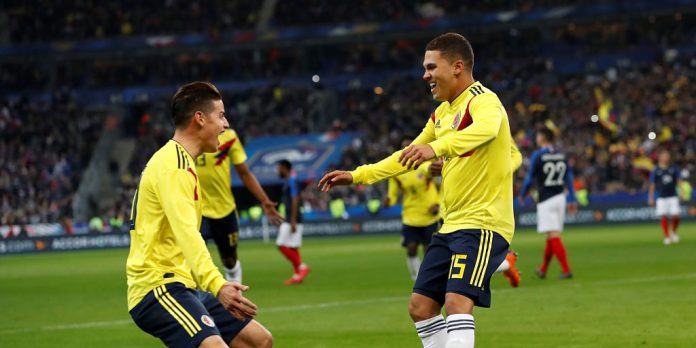 Wolves are interested in signing the Colombian playmaker Juan Quintero this summer.

The 25-year-old has been very impressive in the World Cup so far and Nuno Espirito Santo wants to bring him to England. Quintero has picked up 1 goal and 2 assists in 3 games for Colombia so far. In terms of performances, only Modric, Coutinho and Golovin have fared better in midfield.

Quintero was on loan at River Plate last season and it will be interesting to see whether Porto are willing to sell the attacking midfielder after his performances in Russia.

The Colombian has struggled to hold down a first-team place at Porto. He has been loaned out to Rennes, Independiente Medellín and River Plate in the last three seasons.

Nuno has worked at Porto before and he knows all about Quintero. The Wolves boss believes that the Colombian could improve his side next season.

Wolves certainly have the financial prowess to pull off the transfer. Furthermore, their links with the Portuguese super agent Jorge Mendes could help as well.

The newly promoted outfit are looking to establish themselves as a Premier League club and signings like these will help them achieve their ambitions.

Quintero is a technically gifted midfielder who can play in a number of attacking positions. His passing, flair and technique will be an asset for Wolves if they manage to sign him.