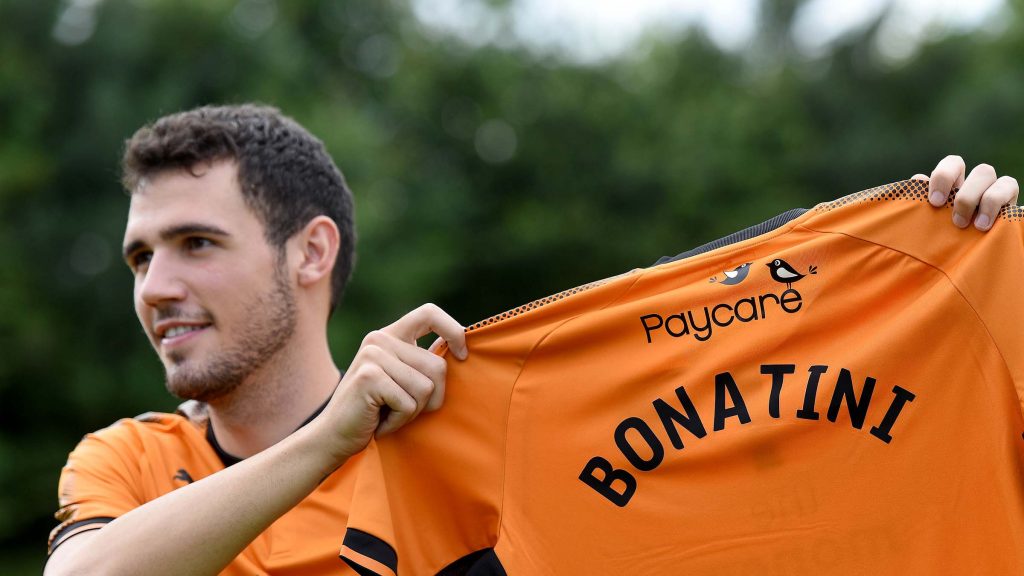 Wolves have confirmed the signing of Leo Bonatini from the Saudi Professional League side Al-Hilal for an undisclosed fee.

The 24-year-old was on loan at Molineux last season and he helped his side win the Championship. He has now signed a four-year contract with Wolves.

The newly promoted outfit had the option to sign him permanently this summer and they have decided to activate the clause.

Bonatini was a key player for Nuno Espirito Santo last season and the fans will be delighted to see him join permanently. The promising forward could make a big difference for Wolves next season.

Wolves will be hoping to establish themselves as a Premier League side now and they will need players like Bonatini to achieve their objectives.

Wolves have also confirmed that exciting teenager Vinagre has signed a five-year contract with them. The Monaco player has joined Wolves on a permanent deal as well.

Wolves sporting director Kevin Thelwell said: “We are delighted to secure the services of two players we rate very highly, and we believe can play a huge part in our plans for our first season back in the Premier League and beyond. Both players have been part of this group for a season, and that means they can hit the ground running and won’t need any additional time to adjust to Nuno and his coaching staff’s high standards of preparation and training. Leo Bonatini was unstoppable for a long stretch last season – his goals played a huge part in our promotion – and we have no doubt he can reproduce that kind of goalscoring form in the Premier League. Ruben Vinagre is a hugely exciting prospect, and we are really looking forward to him developing further under Nuno’s tutelage.”

I’m very, very happy with this

This is brilliant…. Leo was one of our top three players in the first half of the season. Absolutely fantastic.

Happy with both! Especially vinagre, he’s got some future ahead??

YASSSS I LOVE THIS CLUB

I actually am really glad Leo and Ruben are back, WELCOME BACK BOTH OF YOU ???

Pleased for Leo & Ruben. Wish them both every success at our club ?.

Really happy with both of these. @BonatiniOficial link up play in the premier league could be a massive plus and I think @Rubenvinagrejr is a massive talent