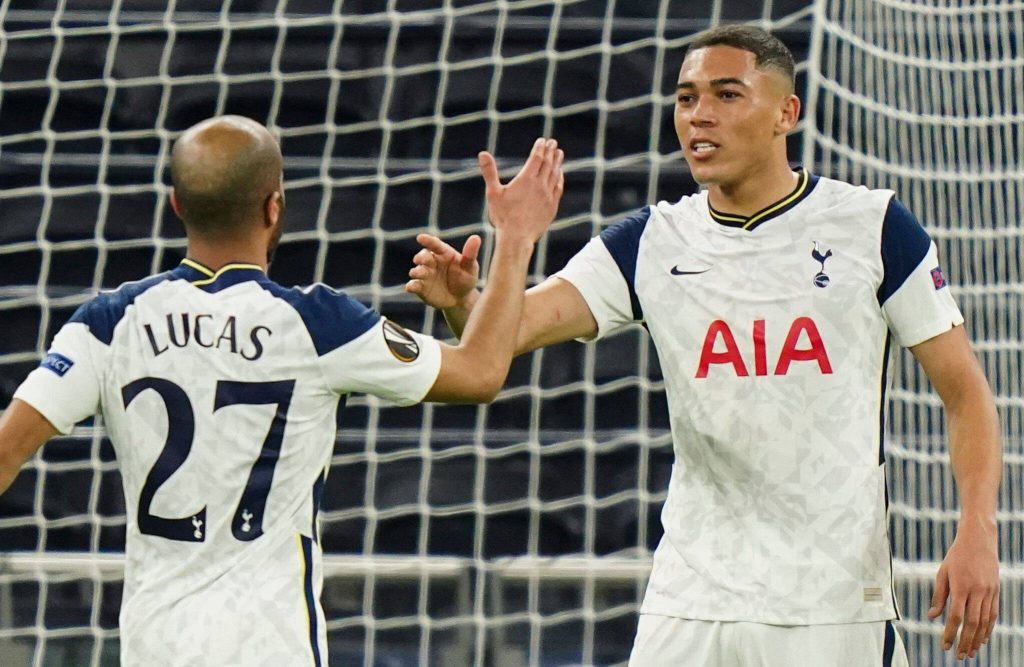 Vinicius joined Spurs on a season-long loan from Benfica last summer with the option to buy for around £36 million at the end of the campaign.

He has impressed with 10 goals and three assists from just 24 appearances, but almost all of his contributions have come against weaker opposition in cup competitions.

Spurs are looking for a new striker this summer as they are not interested in a permanent deal for Vinicius, but it appears that he could stay in England.

Wolves have been in regular contact with Benfica, and it is claimed that they could sign the Brazilian for a reduced fee, with Ruben Vinagre moving in the opposite direction.

Vinagre has been out on loan with Olympiacos and Famalicao this term. Benfica are keen on luring the Portuguese back to Lisbon, where he spent his youth career with Sporting.

Vinicius has netted just one goal from nine league outings, although he has not got a genuine chance to prove himself.

The 26-year-old has played just 303 minutes, with Harry Kane being the undisputed choice to lead the line. His game time has come only when Kane has been rested or injured.

Wolves reportedly believe Vinicius has more to offer, and he could be a quality addition to a frontline that has misfired during the back end of the season.

With Raul Jimenez sidelined after a serious head injury, the likes of Fabio Silva and Willian Jose (on loan) have led the attack without much success.

Jimenez will return to the mix next season, but there are concerns about whether he can play with the same confidence after his skull surgery.

Vinicius had a terrific 2019/2020 campaign with Benfica, contributing 24 goals and 13 assists from 47 appearances in all competitions.

His scoring record has been impressive this term despite the reduced game time.

He will be hoping to make a mark if he is handed a second chance in English football with Wolves.