Fabio Capello has stripped John Terry of the the England captaincy, citing the need to do what’s best for the England team.

The move comes after a lengthy public debate over Terry’s suitability for captaincy. Some say that Terry’s long string of off-field problems have had a negative effect on the team while others say that while he’s playing well on the pitch and while the players follow him, there should be no reason to remove him.

Capello’s decision means two things – one, he thinks that the negative publicity that England would attract / have attracted is detrimental to their preparations for South Africa 2010. Two, he also thinks that the squad would not be 100% behind Terry. There’s a good chance now that as suspected, Vanessa Perroncel was still in a relationship with Wayne Bridge at the time of the affair.

Capello is far too … practical … to consider a philandering husband to be an unsuitable captain. That means that there are definite morale concerns in Capello’s mind, and that this is not just based on one incident but a culmination of doubts sown over several months. 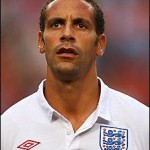 At the time of Terry’s appointment my analysis of the situation was that Terry was picked over Ferdinand because of the greater support he enjoyed within the England squad and because NOT making him captain would prove to have a detrimental effect on the England squad (as opposed to Ferdinand). This, in my view, had as much to do with Terry’s attitude as his support.

If that’s true, then Capello has been given the right circumstances to make the decision he should have made from the start. Having said that, if there is a morale issue with the squad and if Capello genuinely considers the circus around Terry to have a negative effect on England’s preparations, then he’s within his rights to make this decision.

Props to the FA for insisting that Capello take the decision by himself.

The bookies have been quick to get on the action as well, with Paddy Power pushing out the odds on England winning this summer’s World Cup from 11/2 to 6/1 (if you’re a fan, why not).

Paddy Power also has Terry at 8/1 to not play in the World Cup (I wouldn’t pick that) and Terry and Bridge to both play against Egypt in England’s next international friendly on March 3rd at 4/1 (Likely).