David Beckham is back, and fans of Major League Soccer are preparing for their next ride on the Goldenballs Rollercoaster. To spice up the moment, a book hit the shelves on Tuesday which has ignited interest in his return and will go down in US soccer history as a must-read.

The Beckham Experiment, by Sports Illustrated senior writer Grant Wahl, got another boost from the USA’s Confederations Cup campaign in which Beckham’s colleague Landon Donovan played himself not only into the affections of football observers worldwide, but back into those of the American fans who feel they’ve never seen the best from a man who should’ve been a superstar.

The Beckham Experiment superbly documents the tense relationships sparked by Beckham’s arrival, between the former England captain and Donovan, and between Donovan and Los Angeles Galaxy front office – in particular Alexi Lalas. Times have changed in Los Angeles since 2007. The inimitable Lalas has moved on to a high-profile post with MLS, and Frank Yallop is back in San Jose, taking the reins of the expansion franchise which rose from the ashes of the Earthquakes. Ruud Gullit since appointed and departed, Bruce Arena is the man now facing the Beckham challenge, brought into sharp focus when stinging comments made by Donovan in Wahl’s book hit the news.

“All that we care about is that he is committed to us,” said Donovan. “As time has gone on, that has not been the case on the field or off the field.” Rift healed – in public, at least – the Galaxy must take its collective mind off the comments and the rest of the controversies detailed in Grant Wahl’s book: Simon Fuller, 19 Entertainment and its relationship with AEG, the cunning use of Beckham’s friend Terry Byrne and the ludicrous way in which David Beckham – a supremely talented footballer whose crossover appeal led to him sharing a representative with the Spice Girls – has become a good guy letting bad guys (for football at least) make him money. 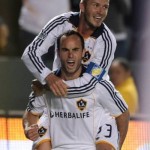 Beckham joined Los Angeles Galaxy from Real Madrid in a move which surprised many but had in fact been years in the making. It was made possible by the businessmen behind Brand Beckham and the non-football interests of AEG, the owners of the Galaxy. An entertainment empire with venues all over the world, and a superagency headed up by the man behind Amerian Idol – in hindsight, it was just a matter of time. The location of Beckham’s LA soccer academy helped smooth the deal, one would imagine.

With rules changed to enable the Galaxy to circumvent the salary cap, the next problem was that the club already had a superstar. Landon Donovan was (and remains) a leading light in US football, and according to Wahl is a man of great sensitivity, not least to perceived disrespect. So when Beckham’s handlers, apparently using Beckham’s personal manager Terry Byrne to avoid getting the player’s fingerprints on any offending requests, made sure Donovan had no choice but to offer Beckham the captaincy, it confirmed Donovan’s fears that the pair wouldn’t see eye to eye.

Of course, football is a tough world but it is also uniquely forgiving. When it comes to the crunch, it doesn’t matter who owns a club, who runs it, who plays for it or what they’ve done – results are all that matter. But the middle of Galaxy’s 2007 season was far from stellar and the focus was inevitably thrown on Beckham, particularly when he finally succumbed to his ankle injury and the team went on a winning streak which almost resulted in a miraculous playoff qualification. 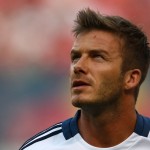 That ankle injury was the story of Beckham’s MLS introduction, highlighting the manner in which the league’s supposed prize asset was pushed to the physical limit on the whim of desperate marketing men. His injury punctuated a stuttering start to life in California and Beckham couldn’t get going.

Despite this, Beckham had fought his way back into the England squad and seemingly convinced himself that he still had the ability to play at international level. Had he moved to MLS too soon? He’d never admit that himself, but what soon became clear was that Beckham wanted to play in front of the England management as often as possible. That meant playing in Europe, and to a FIFA-mandated schedule, and he was willing to play year-round for the rest of his career to earn selection for England’s 2010 World Cup squad. In forcing a loan move to AC Milan, Beckham showed both an admirable passion for the game and scant regard for MLS. In The Beckham Experiment, Donovan voiced the concerns of a football nation slighted. 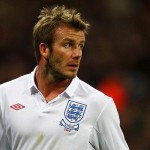 David Beckham and LA Galaxy looked every inch the Hollywood partnership, but in terms of Beckham’s career and the progress of MLS it was arguably the wrong club. Of course, Galaxy was the only franchise with the ability to sign Beckham but for debate’s sake let’s consider that a stronger footballing side without the A-List distractions of Beverley Hills just might have made better use of the situation. Major League Soccer needed Beckham in a winning team, not the awful Galaxy roster he supplemented in 2007 and 2008. Despite 19 Entertainment’s shadow takeover of the Galaxy, David Beckham is not the franchise.

Fine player though he is, David Beckham is not a one-man winning machine.

There are complicating factors which make it impossible to even consider Beckham signing elsewhere in MLS. 19 and AEG have a relationship which extends far beyond football and Beckham’s soccer academy is located in such a way which almost gave Galaxy “first dibs” on his signature in any case. And, of course, Major League Soccer has a salary cap. Few clubs would have fought so tirelessly for rule changes to enable Beckham’s transfer, but for Phil Anschutz, Tim Leiweke and AEG, the benefits off the pitch sweetened the deal.

To make matters worse, Beckham took the plunge and headed for LA a couple of years too early. Unceremoniously frozen out of the England set-up by Steve McClaren in order to make a political point, Beckham seemingly suffered a crisis of confidence and sensed that 2007 was the year to pack his bags in Europe and begin Project America, tying in a successful twilight playing career in MLS, soccer academies bearing his name and, crucially, the long-rumoured hushed agreement that he can secure the ownership of an expansion franchise for a fixed fee when his career is over. 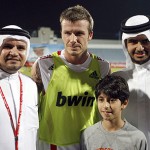 Critics doubt his dedication to MLS but I disagree. I think his intentions are good, as I will discuss later.

But having broken back into the England side, Beckham realised he still had another achievement for which to aim: World Cup 2010 in South Africa. In his mind, that meant playing in Europe (a suggestion echoed this week by England coach Fabio Capello). In moving to LA so early, Beckham feared he’d sabotaged his unexpected international swansong. He secured a loan move to AC Milan – lubricating the deal with dollar bills from his own pocket – and his return this week will be intriguing as a result.

In the eyes of the fans, David Beckham is no longer the golden boy of Major League Soccer. But, despite the questionable nature and worrying levels of influence of the people around him, I believe the player himself is well-intentioned, if a little desperate to reach the World Cup at all costs. 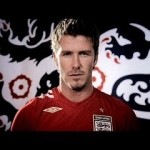 Call it intuition, optimism or blind faith, but having followed Beckham’s career closely from his Manchester United debut through the dark days of summer 1998, glory of 1999 and redemption in 2002, I believe David Beckham has the best interests of Major League Soccer and football in the United States at heart.

He is one of football’s good souls, a trustworthy and clean-living ultra-professional whose primary focus despite countless side projects remains success on the football pitch. He is fiercely competitive and driven like few others. Make no mistake, Beckham will play in South Africa next summer or keel over trying. That is the passion American football fans should see when wondering if he’ll be good for the game in the long term.

Beckham is a successful man, and if he’s made MLS his retirement project then there’s no reason he wouldn’t pass the ownership test with flying colours.

The question on everybody’s lips when Beckham purchases a franchise in MLS – in New York or elsewhere – will be this: exactly how much power does Beckham have over his own destiny? Or rather, the minutae of his own destiny. By effectively ousting Lalas from power during Beckham’s first stay with the Galaxy, 19 Entertainment demonstrated the kind of cunning and influence which could either help a new franchise boost Major League Soccer’s maturity or force it into the obscurity of a throwback NASL franchise in a modern, sensible league. The nous and backing of 19 would be hugely beneficial to call upon provided Beckham is truly in the driving seat. Perhaps, in retirement, he’ll be able to take that step.

But the biggest positive going for Beckham in his (hopefully) long-term MLS future is that he is a total football nut. In his own words, only family is more important. With that kind of dedication combined with a will to succeed and a track record of doing just that, anything is possible. Despite a difficult beginning, David Beckham will ultimately be good for Major League Soccer. Like the unholy marriage of interests between AEG and Simon Fuller’s 19 Entertainment, it’s just a matter of time.