India
Home News who will the next real madrid rejects be 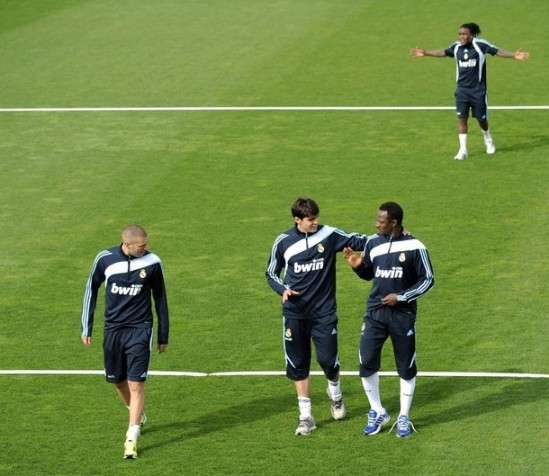 Whilst the summer of 2010 was a relatively quiet time for Real Madrid, all previous years taken into account, January of 2011 could well see a return to form in the transfer window.

As his way, Jose Mourinho has made his mark early on at the Bernabeu and it seems that some of the players who are not part of his plans could be shown the door mid-season. Here we take a look at those squad members who could soon be labelled the next ‘Real Madrid rejects’…

Not only one of the biggest names at Real Madrid but one of the biggest names in the world, Kaka has struggled to find his best form in Spain and reports are rife that he could soon be moving on. Whilst it sounds like a crazy idea considering the fact Florentino Perez paid around €70 million for the Brazilian last summer, there does seem to be substance to the rumours.

Topping the list of reported suitors at the moment are AC Milan and Inter Milan, both of whom would no doubt love to bring Kaka back to Italy. As well as a return to Serie A there has also been interest from his former club Sao Paulo, who have revealed their interest in bringing the midfielder back to Brazil on loan.

The big problem with any of these moves is, of course, money. Whilst Mourinho might be willing to let Kaka go, Perez is unlikely to want to see him leave on the cheap and will be sure to strike a hard bargain.

Whilst there is no doubting Benzema’s potential, the French striker has failed to live up to the hype since joining Real Madrid and, after a small spat with Mourinho, it looks as though he could be shown the door. In his first season with the club he scored just eight goals in 27 matches and this time around he has found all but one of his appearances in the league coming from off the bench.

In interviews he has said he thinks he will be given a chance to shine in the capital, but with Gonzalo Higuain, Mesut Ozil and Cristiano Ronaldo seemingly ahead of him in the pecking order, he might be waiting a while. Much like Kaka, it is unlikely that Perez will want the Frenchman to leave for cheap and there could be plenty of potential heavyweight suitors, including Juventus, Manchester City and Liverpool.

Whilst Kaka was the big name signing of last summer, Pedro Leon was the small name signing made by Mourinho this summer. Brought in from Getafe for €10 million, the midfielder was a star with los Azulones but seems to be a little out of his depth at the Bernabeu. The very mention of his name caused Mourinho to storm out of a recent press conference and the two have reportedly had arguments during training sessions.

The tense nature of the relationship between coach and player, coupled with the fact that he spends most of his time sitting on the bench, means that his Madrid career could come to an abrupt end in January.

When he joined in the winter of 2009 Diarra was hailed as ‘exactly what Madrid needed’ and the ‘answer to the midfield problems’, today though he finds himself on the bench and competing with the likes of Xabi Alonso, Mesut Ozil and Sami Khedira for a starting spot. Whilst he has declared his willingness to fight for a place in the starting eleven, there are reports that Madrid could be willing to offload him in January if the right offer comes.

One of the longer serving Madrid players, Mahamadou Diarra has gone way down in the pecking order since his season-long injury in 2008 and now finds himself warming the bench most weeks.  It was thought that the Malian midfielder would move on in the summer but with no offers coming to fruition he might have to wait until January to leave.

The likes of Fiorentina and Juventus have reportedly shown interest and, with his contract expiring in 2011, it would be no surprise if Madrid do decide to cash in sooner rather than later.

Another player who has fallen from grace at the Bernabeu, Gago is currently out with injury and having to watch on helplessly as the midfield competition continues to excel. The Argentine is still only 24 though and should he be wanting to move away from Madrid then there will be plenty of options for him in January.