What’s next for the England national team? 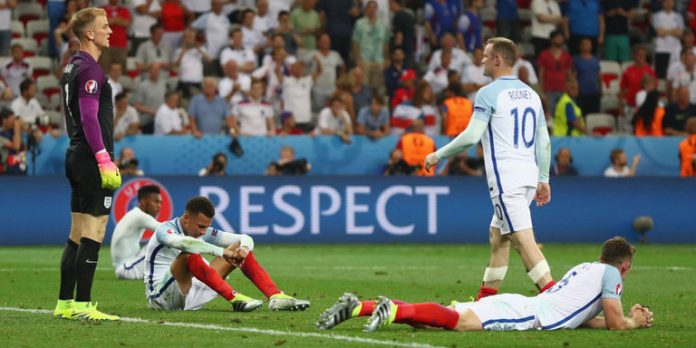 Following England’s deplorable defeat to Iceland on Monday, knocking them out of the Euro competition, manager Roy Hodgson stepped down as the leader of the Three Lions.  The decision by the 68-year-old former Liverpool, Fulham and West Brom manager was met with little surprise, especially considering that Hodgson’s contract was set to expire after the conclusion of the tournament.

After resigning as the country’s manager, Hodgson was initially reluctant to attend a press conference to try to explain why England performed so poorly.  Hodgson, however, did end up speaking to reporters on Tuesday.  While he appeared in front of microphones on the day, Hodgson bizarrely stated, “I am still a little bit unsure what I’m doing here.”

The former manager then went on to claim that his reputation and future as England’s man in charge ultimately boiled down to one match.  “One particularly bad game has caused a lot of damage to me personally and the team going forward,” said Hodgson.  “We have a major bridge to repair – had we played better last night that might not need repairing.”

Although the loss to the country that has roughly the same population as St. Louis, Missouri (and the 34th ranked team in the world), was eventually what did Roy in, England did not perform up to task during their entire Euro tournament.

England’s lackluster performance in Euros was, however, not just Hodgson’s fault (although one can claim that it was mostly the manager’s responsibility).  Goalkeeper Joe Hart endured an absolutely awful tournament.  The Manchester City man made two massive mistakes to allow goals against Wales and Iceland.  Hart is normally a reliable keeper and was ranked as the 12th greatest goalkeeper in the world by The Telegraph just a few months ago.

While Hart was obviously uncharacteristically bad, it would be a fairly large challenge to pick a player of the tournament in this England squad.  There was not one standout performer.  The five attacking players of Harry Kane, Adam Lallana, Raheem Sterling, Daniel Sturridge, and Jamie Vardy managed to score just two goals combined in the four matches played for England (both in the game against Wales).

The question now remains:  What’s next for England and their search for a new manager?  Rumors have already been swirling that Gareth Southgate (England U-21s), Alan Pardew (Crystal Palace), and Eddie Howe (Bournemouth) are all being talked about as the team’s next leader.  Nevertheless, a foreign manager such as Rafa Benitez (Newcastle) or Slaven Bilic (West Ham) could also be under consideration for the job as well.

Whomever gets appointed as the new England manager, one thing is for certain:  The next coach should be young, fresh, and be able and willing to motivate the Three Lions into the upper echelon of world soccer.  A place where this team should already be at.