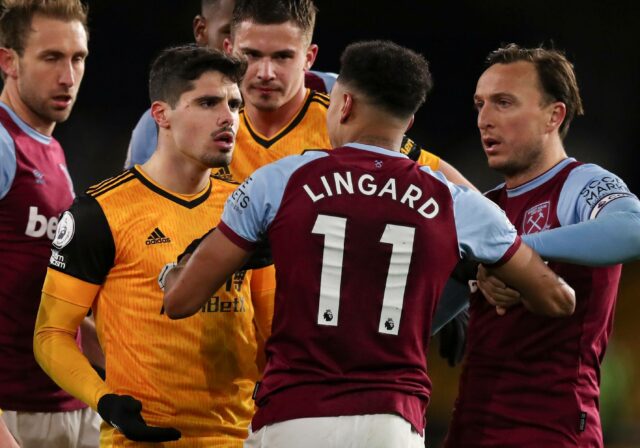 According to reports from Sky Sports, West Ham are keen to sign Jesse Lingard from Manchester United on a permanent deal.

Sky Sports pundit Gary Neville claimed on Monday Night Football that the Red Devils might want to keep Lingard after his impressive form.

The 28-year-old joined the Hammers on loan until the end of the season after he was deprived of lack of game time at Old Trafford.

Lingard has impressed heavily under David Moyes. He now has scored six goals in eight games for the Hammers, and Neville has suggested that Lingard’s superb form could force United into a rethink about his Old Trafford future.

However, Sky Sports has claimed that the Hammers will do ‘whatever it takes’ to sign the forward this summer.

The Hammers do not have the option to buy Lingard in the current loan deal but want to secure the player permanently.

West Ham are delighted with Lingard’s impressive form, and they do not want to lose him.

Lingard seems to be enjoying his time at the London club, and his performances have also led to him being called up to the England squad for the first time in 18 months.

If West Ham want to sign him permanently, he should not hesitate to join them. He needs to play regularly, and the Hammers can provide him with that opportunity.

In other news, West Ham are keen to sign Napoli’s Nikola Maksimovic.