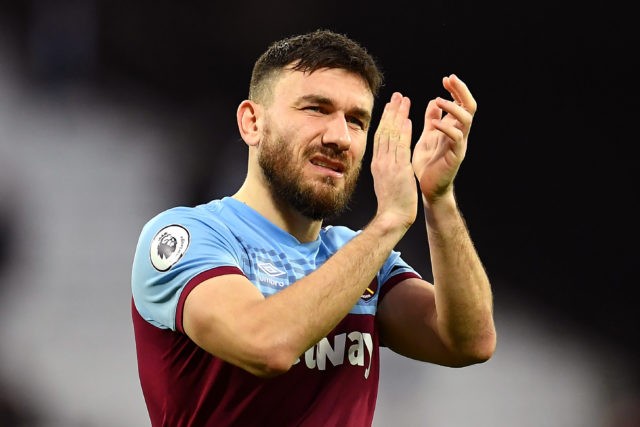 West Ham United resumed Premier League action with a 2-0 defeat at the hands of Wolverhampton Wanderers on Saturday, and they will hope to do much better when they play Tottenham Hotspur this evening.

Weekend’s loss left them hanging precariously outside of the relegation zone, but skipper Mark Noble reckons things might have been different had Pablo Fornals converted a rare chance in the opening minutes of the game.

The Spaniard was through on goal from a tight angle, volleying his effort into the stand when he could have chosen to square pass the ball to Michail Antonio who had the best chance of scoring.

West Ham were punished for the miss in the second-half, with the visitors scoring twice within the space of 11 minutes 28 minutes after the restart.

“We didn’t create too many clear chances, but if Pablo Fornals had scored from my pass over the top in the first half, I’m sure it would have been a different game,” Noble told Standard Sport.

The Hammers face Spurs at the Tottenham Hotspur Stadium and will hope to secure all three points.

However, they will have to do so without Sebastian Haller and Robert Snodgrass, with the duo still out injured.

Noble is particularly gutted that the Scottish midfielder is unavailable, and he is hoping he will return soon to help the club’s relegation run-in.

“We were missing some important players through injury, though, and we move on knowing we need some points on the board as quickly as possible, hopefully starting tonight,” he continued.

“We’ll need to be switched on from the start against Spurs tonight, but we’ll be missing one or two players again through injury. Robert Snodgrass, for example, has a back problem and we’re missing him badly, because we need people like him in our situation.

“Not only does he give everything, but he also has a lot of quality — I’m just hoping he’ll be back before long. I do think, though, that every club will have their injury problems over the next six weeks because of the sheer number of games.”

The 32-year-old has scored five goals and assisted five others in 24 league games this term, and West Ham could do with his experience as they seek to avoid the drop over the course of the remaining eight games.