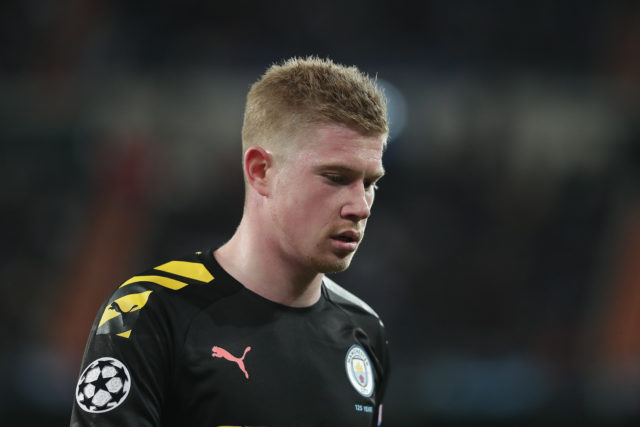 The Frenchman was asked during a Q&A session on Twitter who the best player in the English top-flight is in his opinion, and he opted for the Belgian:

De Bruyne has remained his brilliant self this term, with 16 assists and eight goals to his name in 26 league appearances for Man. City thus far.

The Belgium international has 62 assists and 31 goals in 146 league games for the Etihad Stadium outfit, and given his form and consistency over the past five seasons, it’s easy to see why he’s widely regarded by some as the best player in the league.

Hammers skipper Mark Noble claimed Haller insists he is a brilliant penalty taker during a Q&A last month, but the Frenchman believes he is actually better than the midfielder, mincing no words when he was asked the question:

Haller
Is supposed to be pretty good he says
😂 https://t.co/knPnxdtZAs

Haller has scored seven goals and assisted once in 30 appearances for the Hammers since arriving from Eintracht Frankfurt for £45 million last summer, and manager David Moyes will hope he can fire the side to safety when and if league action resumes.