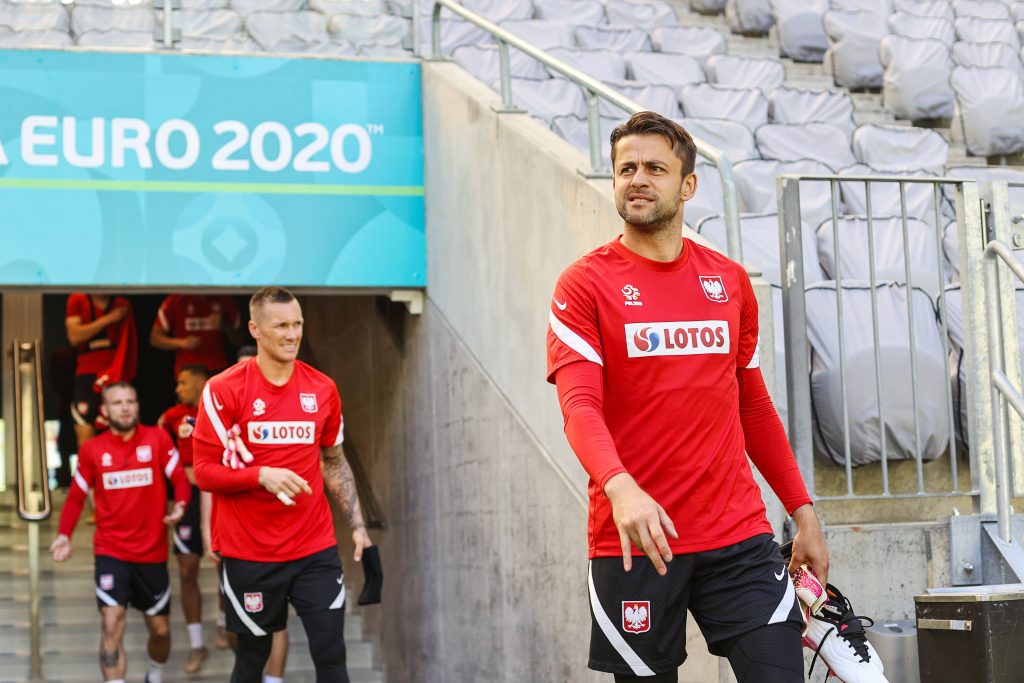 Most professional footballers view representing their country at the World Cup or European Championships as the pinnacle of their career.

This summer’s Euro 2020 tournament is an opportunity for players across the continent to fulfil their dreams, while others have been left to reflect on what might have been.

West Ham United star Lukasz Fabianski undoubtedly falls into the former category, having been included in Poland’s squad for the delayed competition.

The 36-year-old has been capped 56 times by his country but will serve as the understudy to Wojciech Szczesny during the tournament.

He was in a similar position for Euro 2016 in France but ended up as the first choice after Szczesny sustained an injury during the first game.

Fabianski kept clean sheets in the remaining group games against Germany and Ukraine, and kept his place in the knockout stage.

Poland defeated Switzerland in the round of 16 before being beaten on penalties in the quarter-finals by eventual winners Portugal.

The Hammers goalkeeper was on the bench as Poland were beaten 2-1 by Slovakia in their opening game this summer and will hope to get a chance in the next match.

In a recent interview with Betway, the experienced shot-stopper explained how proud he is to be picked for his national team.

“It’s always very special to represent your country,” said Fabianski. “Before the first kick-off you always listen to your national anthem, which is always special.

“So you get this feeling that the game means maybe a little bit more.”

While Fabianski has been a regular part of the Poland set-up over the past few years, club teammate Angelo Ogbonna has not been as fortunate.

He has made 13 appearances for Italy during his career but hasn’t figured in the team since coming on as a substitute in a World Cup qualifier against Israel in September 2016.

The 33-year-old was called up to the squad in March and was widely tipped to make it to Euro 2020 after an impressive campaign with West Ham.

However, manager Roberto Mancini omitted him from his provisional 28-man squad for the tournament, sparking an angry reaction from the defender.

Ogbonna claimed he was bitter about the decision and questioned Mancini’s decision to favour players from bigger clubs.

Mancini’s decision appeared to be vindicated, with Italy producing a dazzling display in their opening game to seal a 3-0 victory over Turkey.

The defender’s disappointment at missing out is understandable, particularly when considering his recent comments about playing international football.

“When you’re young, you’re not thinking about money or cars or whatever,” he said. “You think about being a top player – you think about winning trophies.”

However things pan out this summer, Fabianksi and Ogbonna will be keen to participate in the 2022 World Cup in Qatar.

Poland have had a mixed start to their qualification campaign, picking up just four points from their opening three games.

By contrast, Italy have a 100 percent record after three matches, and it would be a major surprise if they failed to book their place at the tournament.