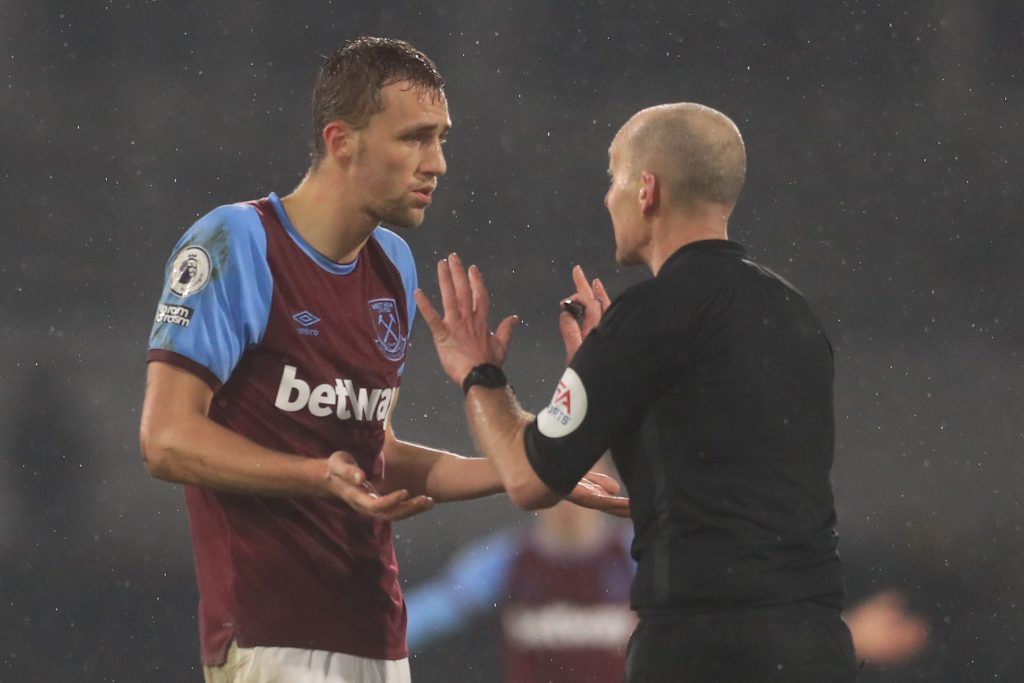 The Czech Republic international was sent off for an accidental elbow on Aleksandar Mitrovic in the closing minutes of the goalless draw despite Dean consulting the pitchside monitor.

The error has since been rectified, with the red card overturned after an independent panel decided that Dean was not technically right to make his decision.

The ref has asked not to officiate a Premier League game this weekend after receiving online abuse and death threats as a result of his decision to send off the West Ham star.

Soucek is not happy that some fans have taken things far, and the Hammers midfielder has sent this message to Dean on social media:

Whatever decisions are made on the pitch should stay on the pitch. I don’t like hearing about it interfering with personal life and I send Mike Dean and his family my support. There is no place for abuse of any kind. It is in the past and I’m now focused on the rest of the season https://t.co/Tcofvo8a9X

While West Ham fans are right to be angry at Dean’s decision, abusing the ref and his family and sending them deaths threats is way over the line.

He made a mistake in the line of duty like every human does once in a while, but that does not warrant the awful things some fans are saying about him.

Soucek has come out to set things straight, and hopefully his classy gesture will go a long way in calming the keyboard warriors down.