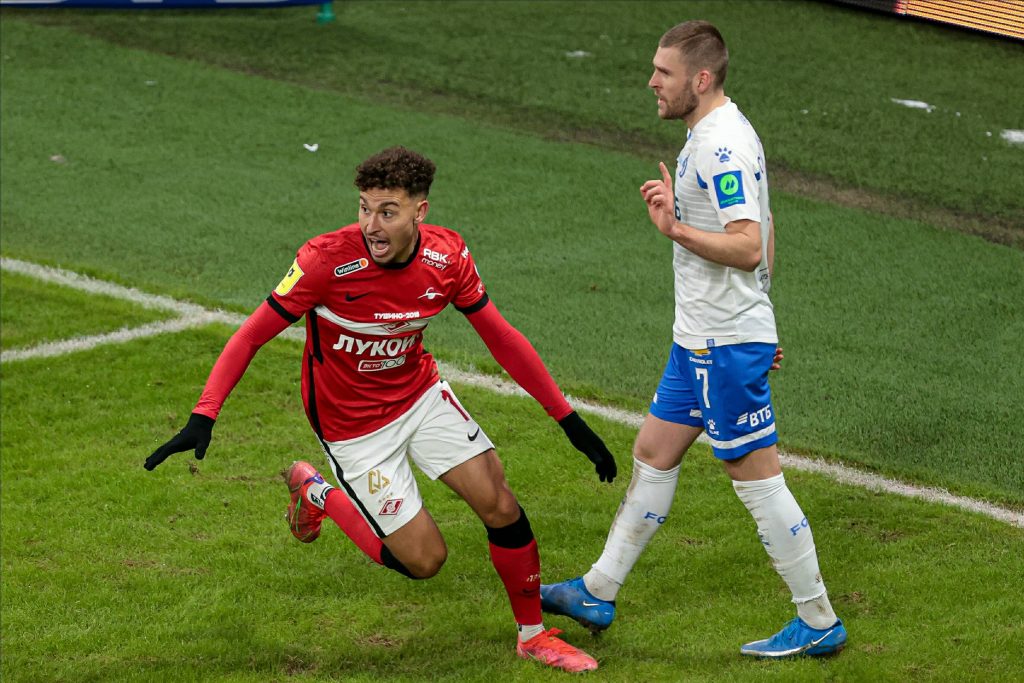 According to Goal, West Ham United are looking to pip Bundesliga giants Borussia Dortmund to the signature of Spartak Moscow forward Jordan Larsson.

With Erling Braut Haaland strongly linked with a summer exit, Dortmund are preparing for life without the Norwegian striker and have identified Larsson as a potential replacement.

The Hammers also want a forward after failing to replace Sebastien Haller in January, and they are keeping tabs on the Spartak star.

The 23-year-old has scored 12 goals and weighed in with five assists in 23 Russian Premier League games this season, and he is one of the reasons why his side are just four points behind leaders Zenit St Petersburg in the table.

Larsson has played primarily as a number nine this term, but he is also capable of playing on the right wing.

He scored 10 goals in 30 games across all competitions last term, and his huge potential and quality should see him hit the ground running at West Ham should a move work out.

Larsson will be keen to prove himself outside of Sweden as his father Henrik did, and a move to the London Stadium this summer could entice him.

West Ham are likely to be playing in Europe next term, and qualifying for the Champions League would boost their chances of landing the Moscow star and other top targets.

In other news, Real Madrid star has sent a message to Declan Rice.