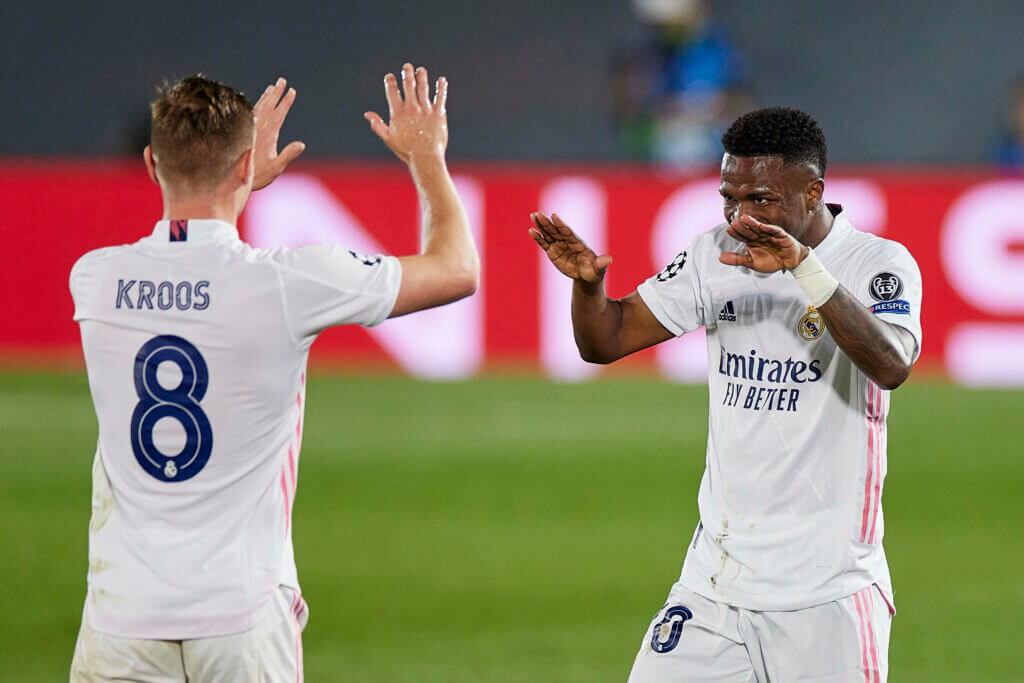 Toni Kroos produced a superb performance as Real Madrid won 3-1 against Liverpool in the first leg of the Champions League quarter-final on Tuesday.

Before the match, former Liverpool and Madrid boss Rafael Benitez warned the Reds that they need to stop Kroos and Luka Modric from dominating the game.

Liverpool were largely second best throughout an entertaining game, with two goals from Vinicius Junior and one from Marco Asensio gave them a comfortable lead ahead of the second leg at Anfield.

Vinicius scored after he had chested down a superb long pass from the German midfield maestro. That pass was appreciated by millions of fans on social media, while several pundits and top footballers also praised the world-class midfielder.

West Ham United star Declan Rice took to Twitter to express his reaction to Kroos’ performance on the night. The Madrid midfielder also responded to his tweet.

Popular football pundit Gary Lineker was also in awe of that pass from Kroos.

Jurgen Klopp admitted after the game that Liverpool made life too easy for Madrid and that they didn’t play good enough football to cause them enough problems.

However, Mohamed Salah’s goal offers Liverpool a lifeline in the return game at Anfield.

In other news, check how Liverpool fans have reacted to Ozan Kabak’s performance against Real Madrid.