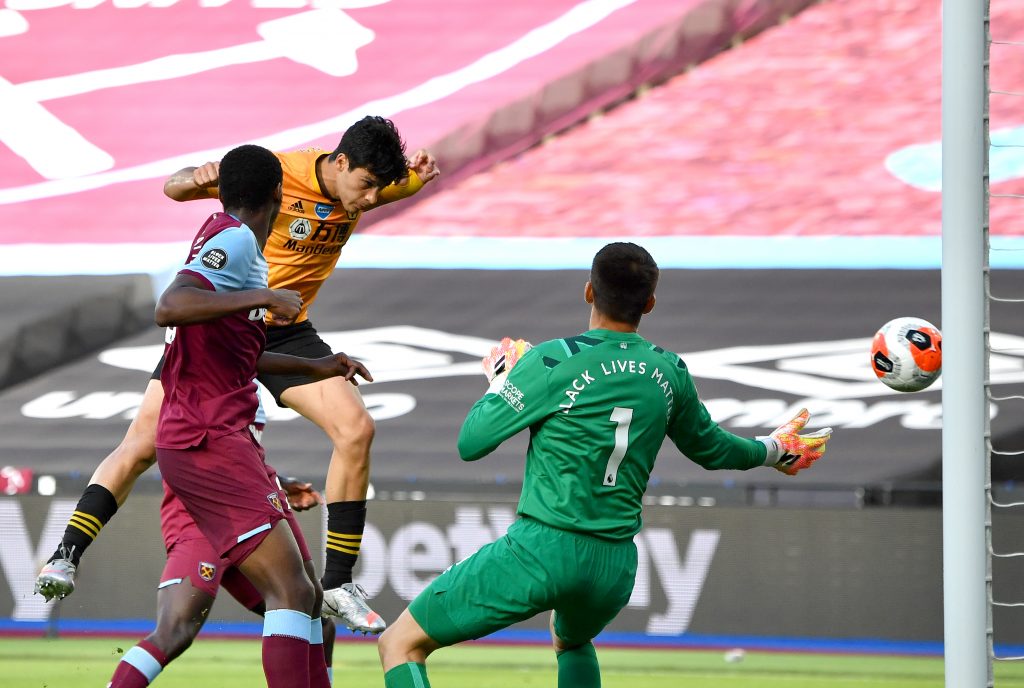 West Ham United resumed their Premier League campaign with a 2-0 defeat at the hands of Wolverhampton Wanderers at the London Stadium on Saturday.

It was their 17th loss of the season, and only a superior goal difference currently separates them from the relegation zone as they are level on points with 18th-placed Bournemouth.

The Hammers were poor for the majority of the game, registering only two shots on target, and none particularly troubled Wolves goalkeeper Rui Patricio.

David Moyes was without injured striker Sebastian Haller and centre-back Angello Ogbonna, and the West Ham manager will hope to have the duo back for Tuesday’s derby with Tottenham Hotspur.

Despite playing out a goalless draw until the 72nd minute, the visitors never stopped threatening to score, and Raul Jimenez opened the scoring a minute later, with Adama Traore’s pace and strength proving too much for West Ham after he came on.

He provided the first assist and was also involved in Wolves’ second goal.

Pedro Neto gave Lukasz Fabianski no chance with his net-buster, and Moyes will hope his defence and attack do better against Spurs.

With only eight games left, the Hammers risk relegating if they don’t quickly turn a corner, and a victory on Tuesday will do their morale and survival chances a lot of good.

Here is how some West Ham fans reacted to the result and the goalkeeper’s post:

Yes and you will move on to a decent team/ club that will compliment your ability more.

If the tactic of just hoofing every goal kick up to Antonio isn’t working, can’t you suggest to the manager to try something else?

Well played Fab. Just a shame that the 10 in front of you weren’t interested after a 3 month break. Moyes offered no game plan (or if he did nobody understood it). Still us hammers fans shouldn’t have expected anything less really. ⚒😐

Why did we play so so bad…

Thanks for letting us know 👍🏼